In 1998, Florida attorney, John Morgan, founded the first of what would become a national chain of educational indoor amusement parks, all inside of an eye-catching, upside-down structure. Fast forward two decades to 2018, four more of its kind are flourishing across the nation, and WonderWorks Orlando is celebrating its 20th year on International Drive on the weekend of March 2nd.   BUY WONDERWORKS TICKETS 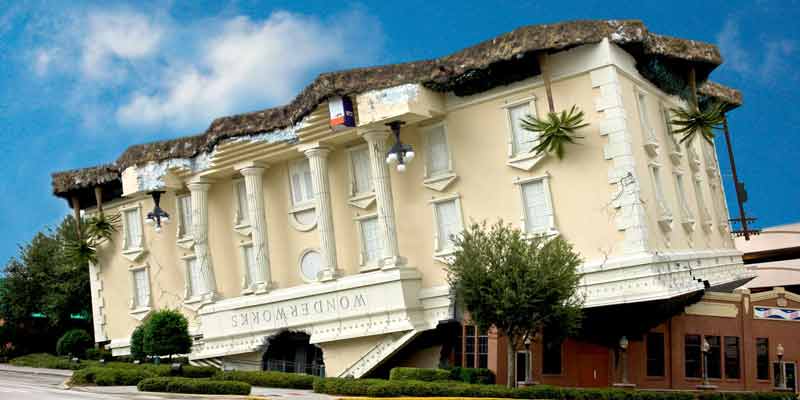 “To say I am proud to have reached the 20-year mark with WonderWorks is an understatement,” said owner and founder, Attorney John Morgan. “I worked in attractions during college, and observed all of the moving parts it took to make a successful theme park. I knew an educational element, along with affordability, could bring something original to tourism in Orlando.”

“Over the past two decades, tourists and locals have shown that they really love what we have to offer,” Morgan humbly states, “we can’t thank everyone enough, for their unending support.”

Along with the regularly enjoyed interactive exhibits during the 20th anniversary weekend, NASA Astronaut Don Thomas will give presentations on space exploration inside WonderWorks on Saturday, March 3, 2018. Tickets for the presentations can be found on the WonderWorks Orlando website.

The team at Wonderworks continually seeks ways to keep up the attraction’s innovative edge while maintaining its foundation of delivering enjoyable ways to experience STEM education. Over the past 20 years, WonderWorks has seen the likes of top athletes and celebrities, but at its foundation, owes its success and widespread growth to the tourists and Central Florida residents.