The two youngest walruses at SeaWorld are moving into a space where theme park visitors can get a look at them. Ginger and Aku will be inside the attraction’s harbor seal habitat SeaWorld officials say. 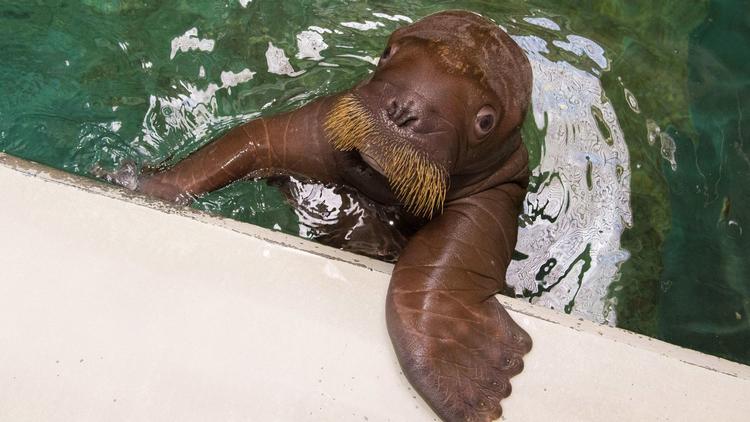 The duo includes gentle Ginger, who was born in June at the theme park, and adorable Aku, an animal rescued off the coast of Alaska by gold miners before being brought to to live in Orlando in October. The calves are approximately the same age.

Their new space has both above-ground and underwater viewing for SeaWorld visitors. The newbies have been living backstage and under close scrutiny of the animal care team.

Ginger’s parents — Kaboodle and Garfield — will also be nearby. SeaWorld’s fifth walrus is named Slowpoke and is a veteran of the “Clyde and Seamore” productions at the attraction.

Bruiser, a 39-year-old walrus who also made appearances in the sea lion shows, unfortunately passed away at the park last month.