Whoever heard of a donut called Diablos Rex, Grape Ape, or Bacon Maple?  Well now you can taste all of those as Voodoo Doughnut is in it’s soft opening phase at Universal Orlando’s CityWalk. The new store opened its doors this week following a cast member preview – it replaces the Element sports shop, is the eighth location for the famed Portland, Oregon bakery, and its first on the USA’s east coast. 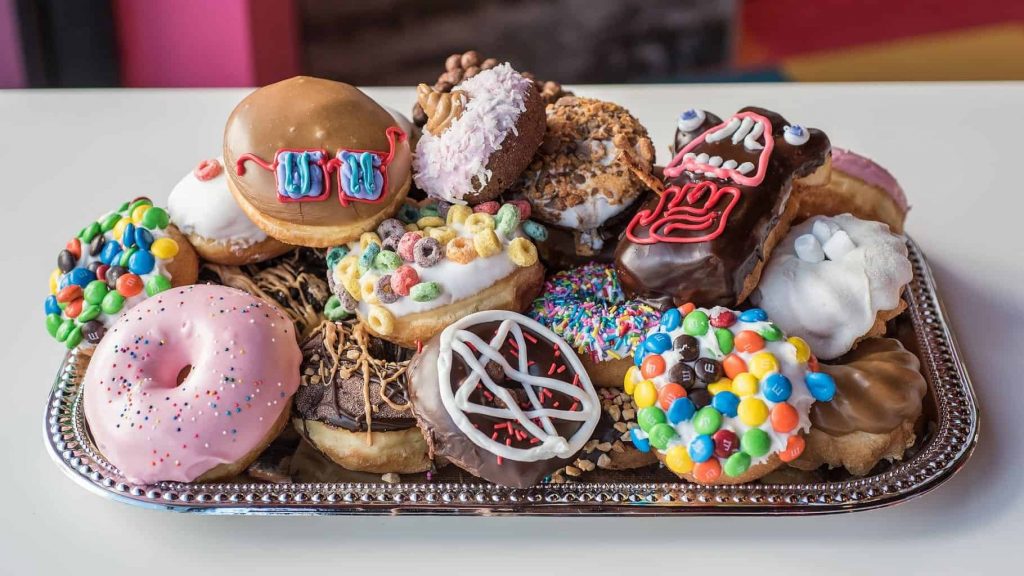 Some die hard doughnut fans lined up hours early for the new shop’s preview, and were handed menus to look over, and entertained with Voodoo trivia. Once inside, food ordering and delivery was smooth & swift considering it was the store’s first time serving the general public. 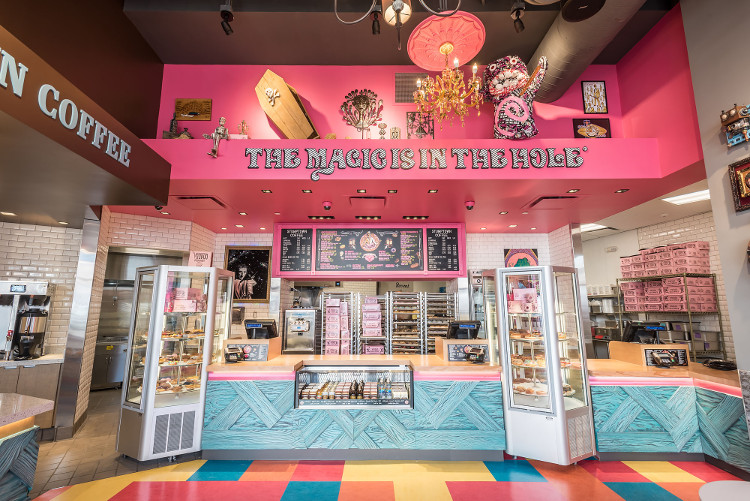 One voodoo doughnut costs $1.50 – $3.70, and you can of course get a pre-selected baker’s dozen , or a small wooden coffin filled with goodies for $139. Annual pass discounts are applicable. Who knows if the soft opening is permanent so get them while the going is good!