Home » Visit Cuba Without A Passport

Visitors to Tampa Bay can make a side trip to Cuba without needing their passports. 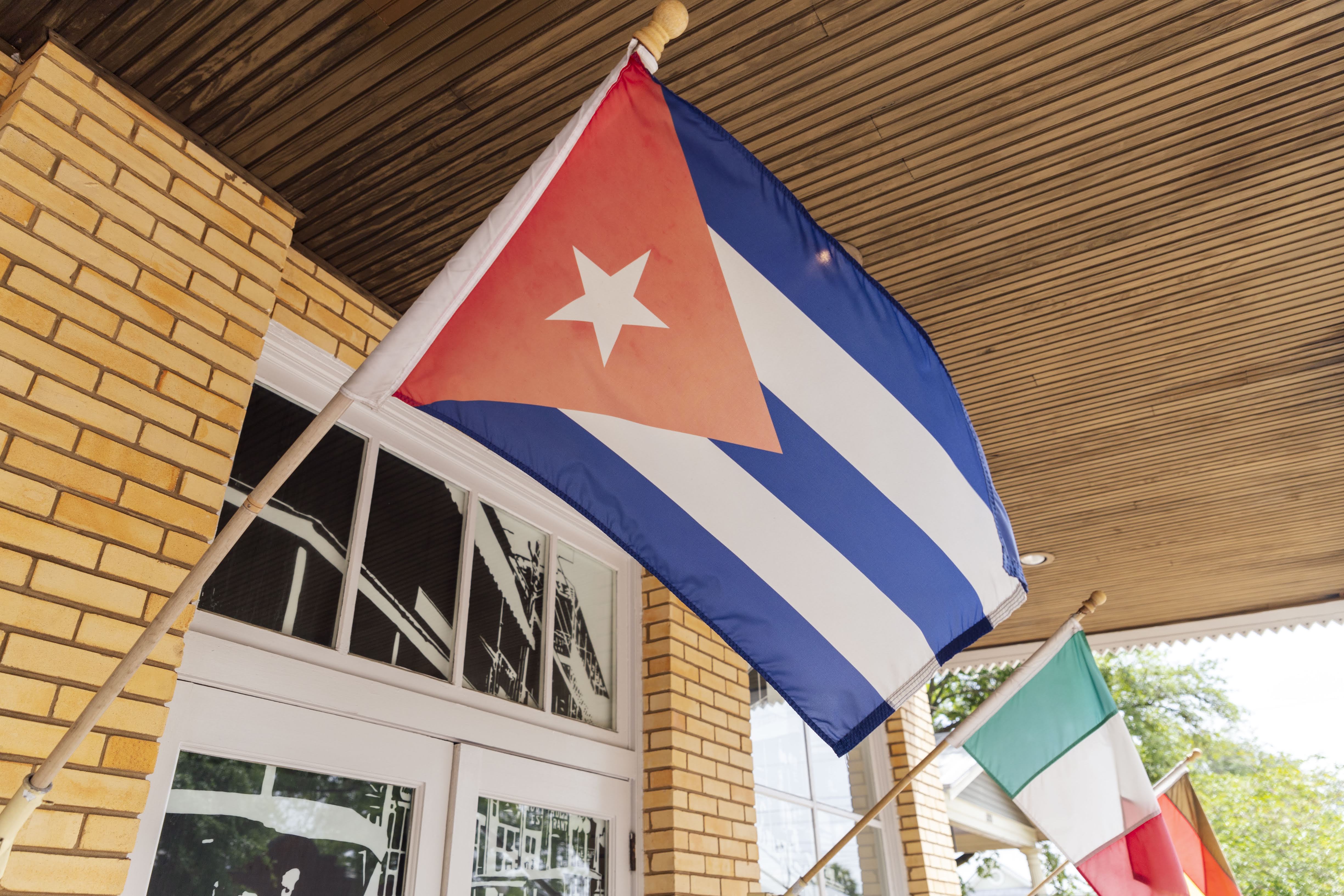 Tampa Bay’s historic Latin Quarter, Ybor City, is home to a genuine piece of Cuban territory – José Martí Park, dedicated to the memory of the poet, journalist, and firebrand who led the island’s revolution against Spanish rule in the 1880s and 1890s. 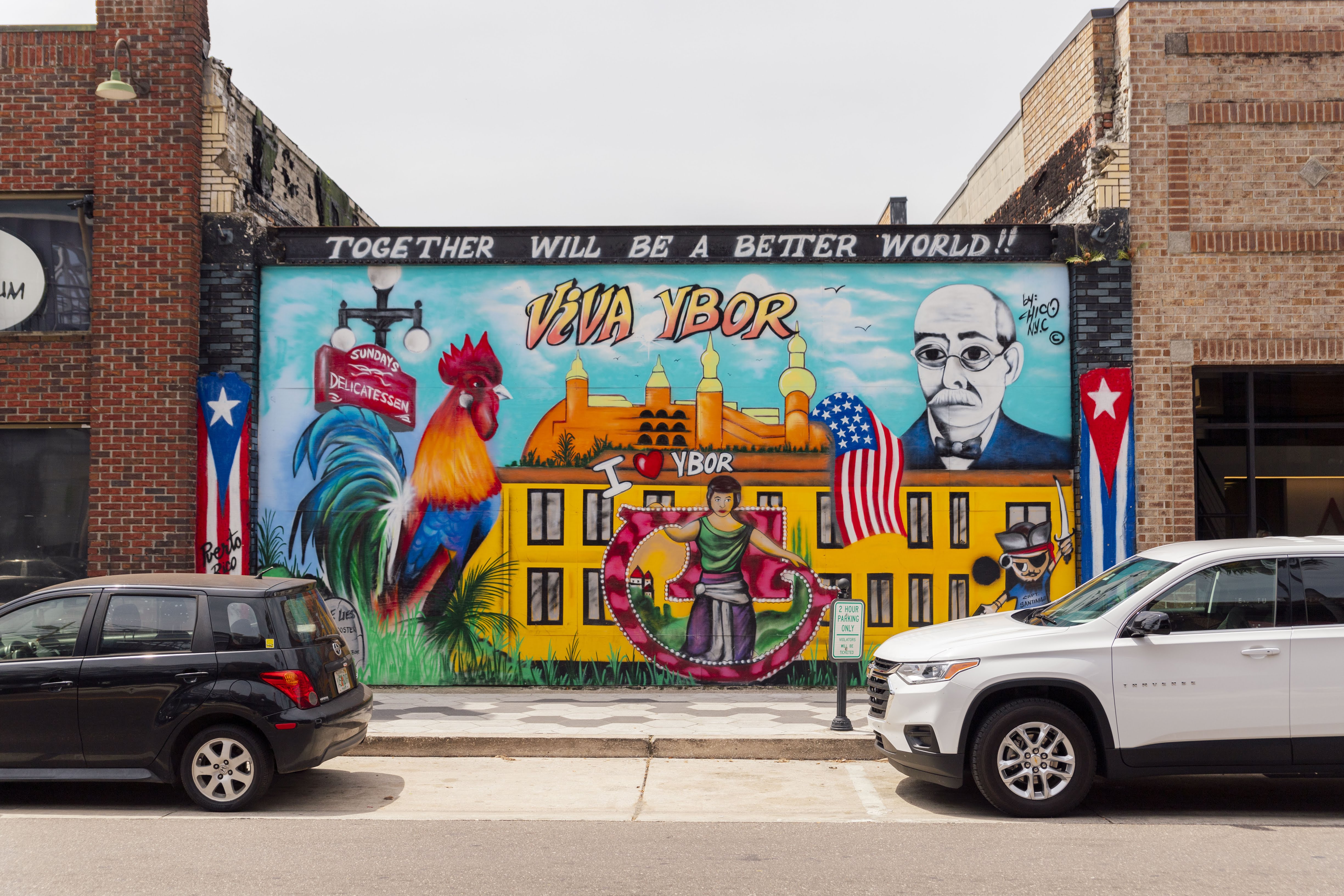 The park at the corner of 8th Avenue and 13th Street is owned by the people of Cuba. For nearly six decades, it was the only piece of Cuban-owned land in the United States until the Cuban Embassy in Washington, D.C., in 2015. The park is fenced and locked at night. Visitors during the day will find a statue of Martí along with marked plots of earth from different parts of the island where landscaping grows. 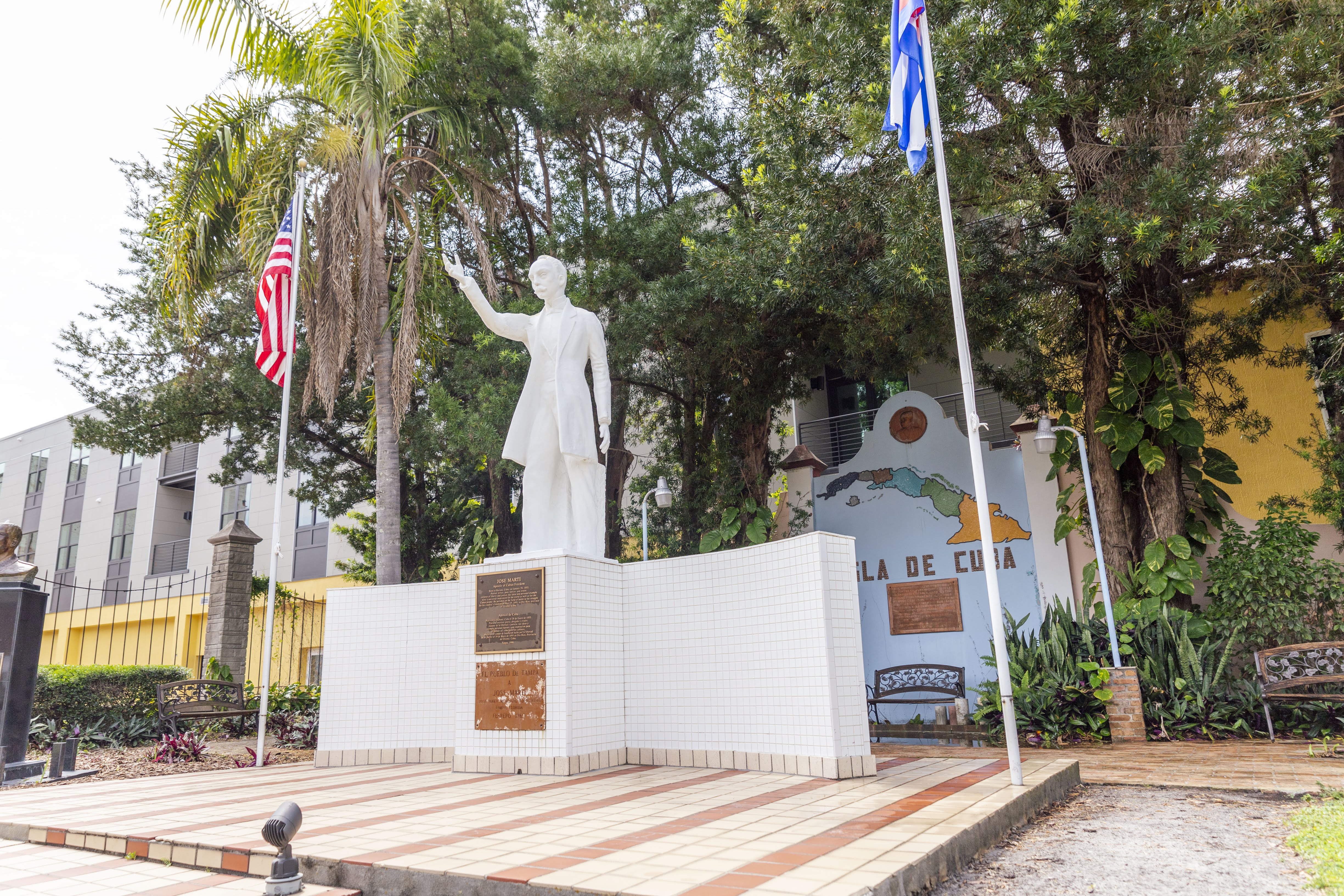 Martí lived in exile during the years he fought for his homeland’s freedom from centuries of Spanish rule. He made frequent visits to Tampa Bay, where thousands of Cuban cigar rollers and Spanish factory owners like Vicente Martinez Ybor – the neighborhood’s founder and namesake – provided essential moral and financial support to Martí and his cause. Martí called Tampa Bay “el pueblo fiel” (the faithful town).
Martí’s fiery speeches, including a major address delivered in 1893 on the steps of Ybor’s factory, earned him the title “Apóstol de la Libertad de Cuba” (Apostle of Cuban Freedom).
A year earlier, in 1892, Martí has survived an assassination attempt when he was poisoned by Spanish agents. He was nursed back to health in a boarding house owned by local ally Paulina Pedroso. Decades later, in 1956, Pedroso’s house was demolished and the property given to “La Gente de Cuba” (the People of Cuba), who own it to this day. 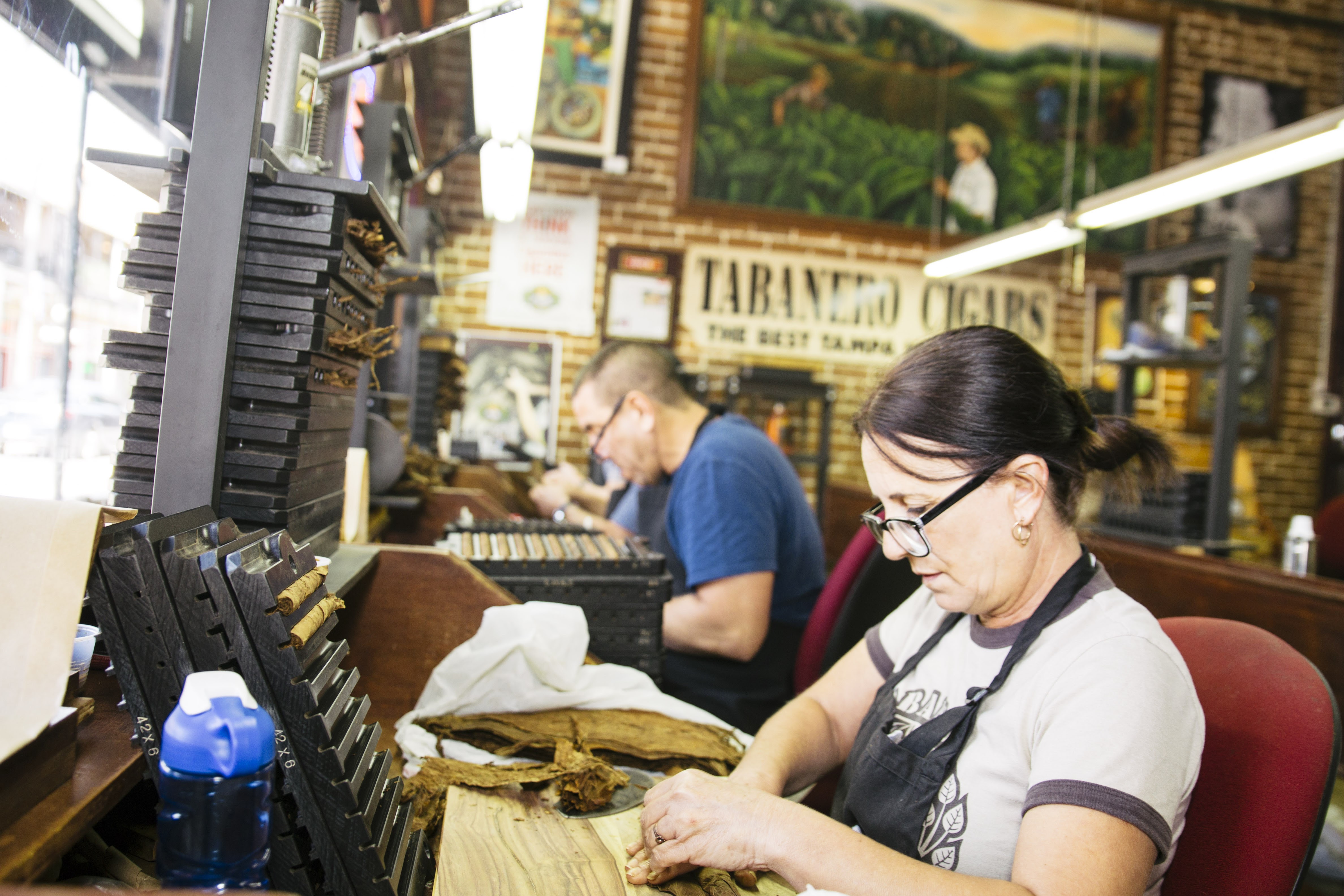 • Cuban Torcedores still make hand-rolled cigars in shops along Seventh Avenue (La Séptima) as they have since 1885. At the peak of the industry a century ago, Tampa Bay had 200 factories and worker produced more than 500 million cigars a year, earning the community the nickname “Cigar City.”

• Cigar City Brewing, the most famous of Tampa Bay’s two dozen craft brewers, commemorates those Cuban cigar rollers as well as Tampa Bay’s position as the home of Florida’s first commercial brewery, which opened in 1897 and shipped much of its product to thirsty Cubanos. The Tampa Bay History Center brings Tampa Bay’s brewing history to life with a new exhibit running through August.

• Drop in at Florida’s oldest restaurant, the Columbia, for a world-famous Cuban sandwich. Based on the Cuban “mixto,” the tradition Cuban sandwich was invented at Ybor City’s El Pasaje hotel at the urging of Vicente Martinez Ybor to feed his workers. The traditional recipe includes pork, ham, Swiss cheese, salami, mustard and pickles and embodies Ybor City’s multi-layered immigrant community at the time. 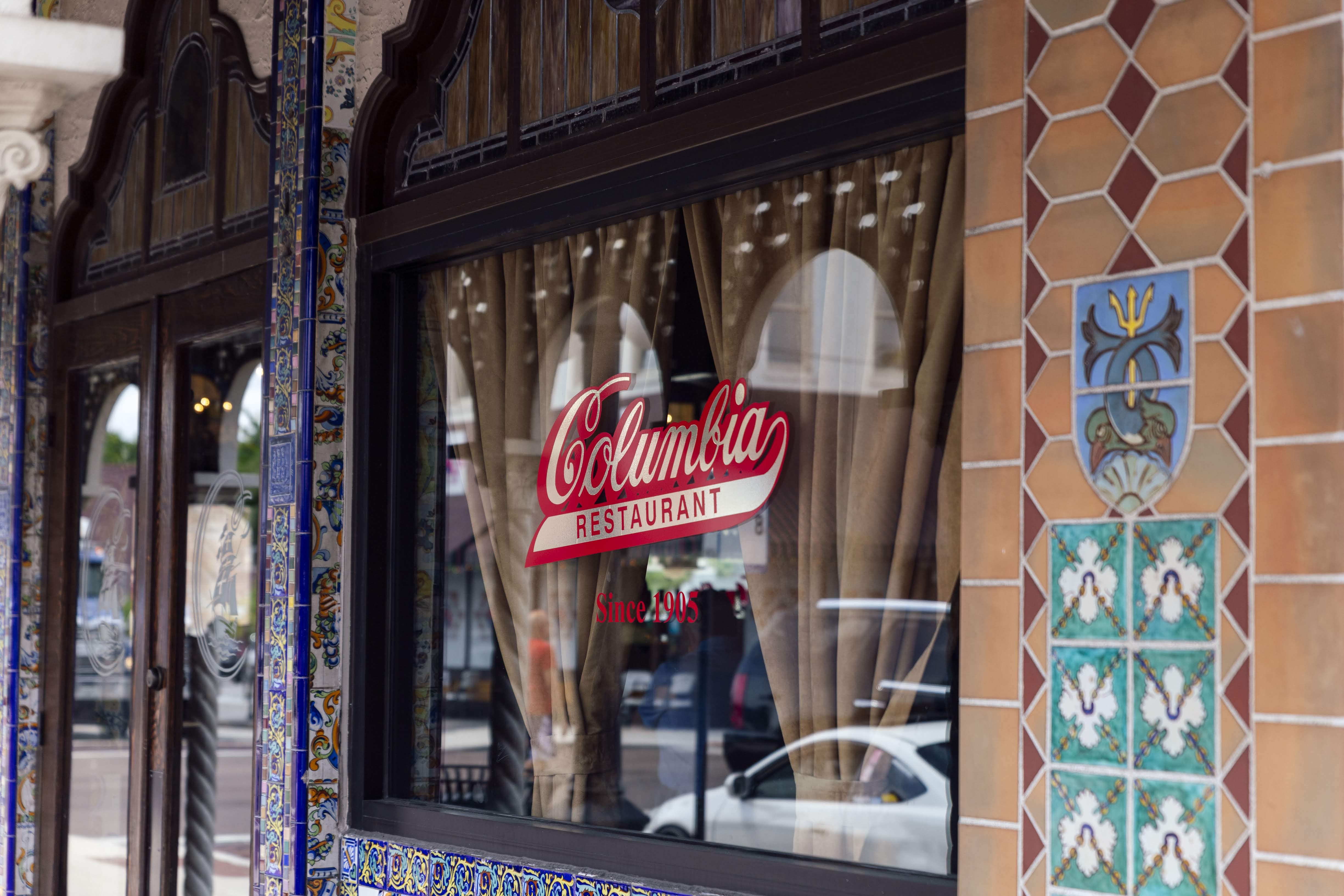 • El Circulo Cubano building, at 9th Avenue and 15th Street, is a monument to the thousands of Cubans who helped build Ybor City and Tampa Bay. The century-old building was one of five built by Ybor City’s major ethnic groups to house mutual-aid societies. At this height, the club was the center of life for Ybor City’s Cuban immigrants and their descendant.

• Vicente Martinez Ybor’s original factory still stands, a testament to the man and his influence on the community. The cast iron front steps include a marker commemorating Martí’s speech there in 1893. 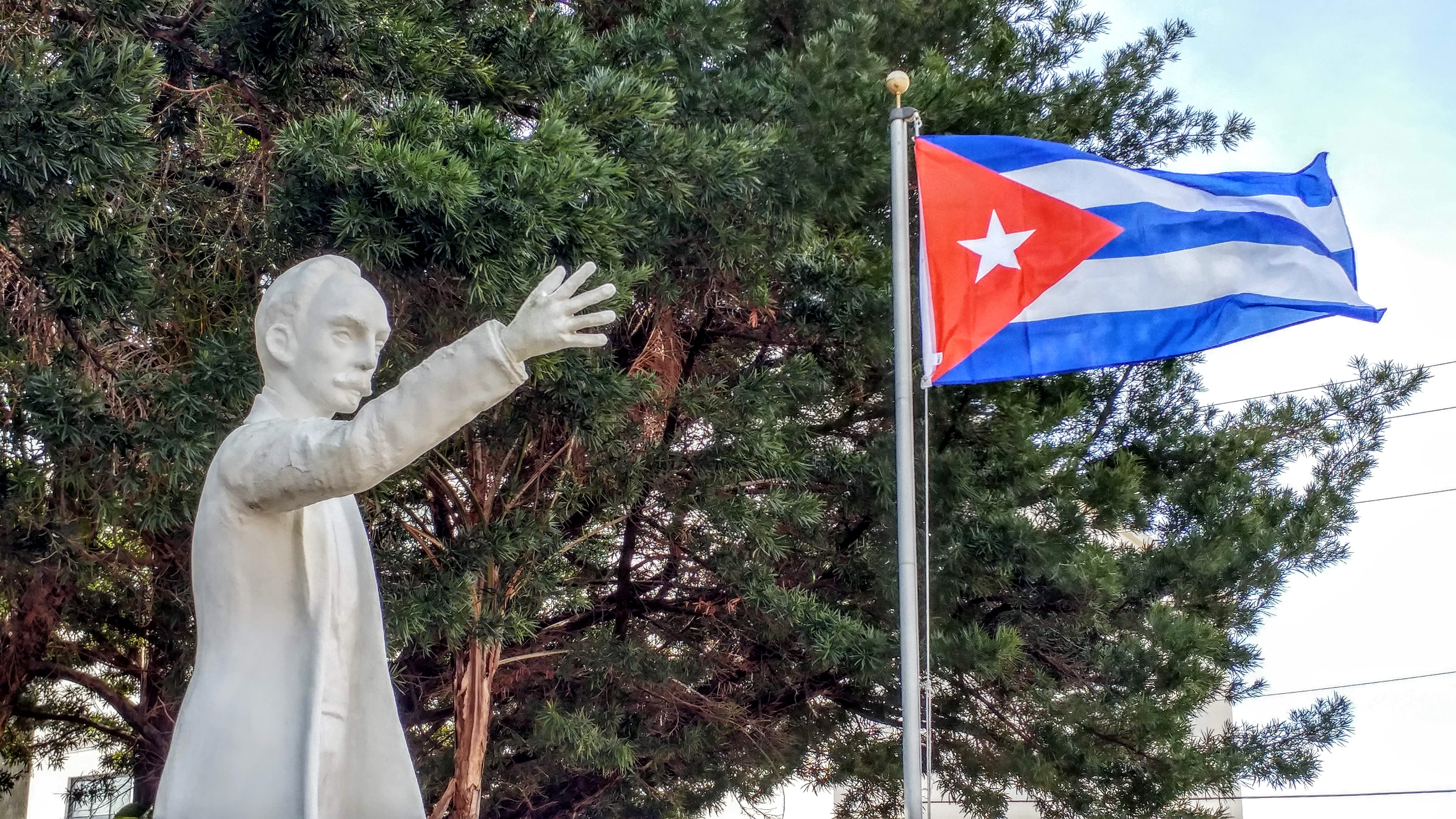 • The striking silver minarets to the former Tampa Bay Hotel are a key feature of downtown’s skyline. Martí was hosted there by city leaders during his visits. The ornate building on the campus of the University of Tampa was the headquarters for the US military invasion launched from Tampa Bay in 1897 that freed Cuba from Spanish rule.

• You can visit Cuba in person (bring your passport) via daily flights aboard Southwest Airlines from Tampa International Airport. The 70-minute flight leaves Tampa Bay at 7 a.m. and return from Havana at 5:40 p.m., making it possible to add a day trip to the island to your Tampa Bay itinerary.

• Carnival Cruise and Royal Caribbean both offer stopovers in Cuba as part of their Tampa Bay-based cruises of the western Caribbean and Gulf of Mexico. 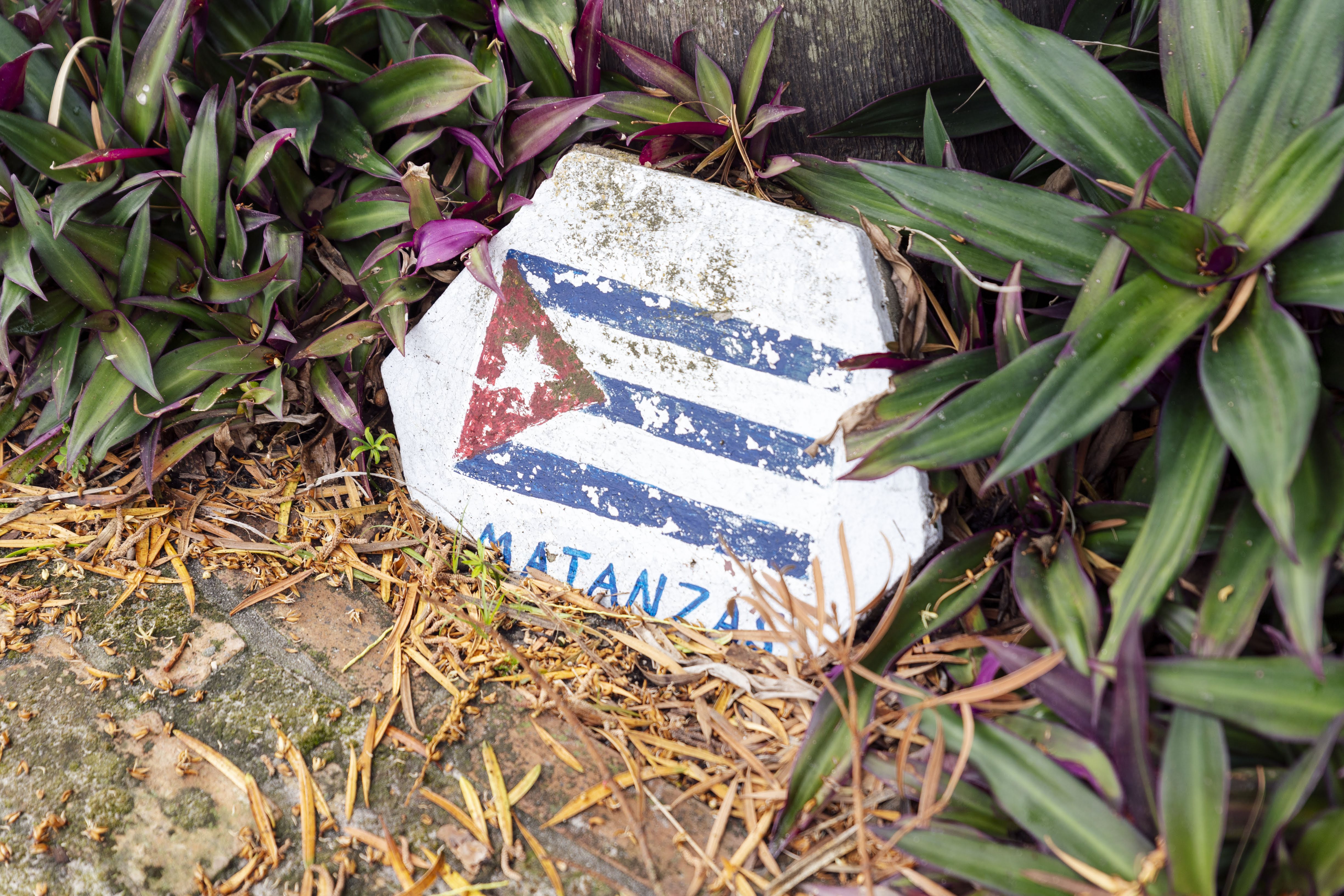