Brightline has never stated a timeline for the Orlando-Tampa route as it is currently in the bidding process to lease the right of way on Interstate 4.

The filing mentions multiple times that the planned Orlando-Tampa expansion and in Las Vegas both will be costly. The Orlando-Tampa expansion, according to the filing, will be funded through the net proceeds from the Virgin partnership, the concurrent private placement and/or future debt or equity financings.

Brightline doesn’t disclose exactly where the Tampa station may be located, but did say it would be downtown and that “the Tampa expansion is contingent on our ability to obtain certain land rights, which requires that we demonstrate the financial wherewithal to complete our Florida passenger rail system. We have not yet acquired all real property interests necessary for the Tampa expansion or the Vegas expansion (some of which must be acquired from private parties), and our ability to acquire such interests may be adversely affected by many known and unknown factors.” 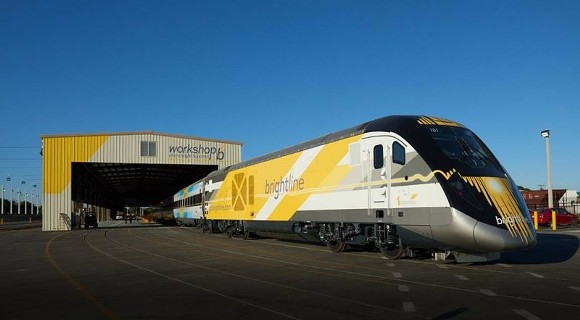 Brightline had also included projections of ridership that include the Orlando-Tampa route by New Jersey-based infrastructure consulting firm Louis Berger. The consultant estimated the total potential addressable market across the Miami to Tampa corridor to be approximately 413 million trips annually.

A request for comment from Brightline executives is pending.

The company anticipates the Florida passenger rail service to stabilize by the fourth quarter of 2023 or the first quarter of 2024 following an estimated two-year ramp up period, during which ridership is expected to increase as travelers become acquainted with the new rail service and adjust their trip-making habits.

The consultant estimated the service between Miami, Orlando and Tampa to generate approximately $810 million of total revenue in its first stabilized year. The ticket price for the Orlando-to-Tampa route will be $35 per passenger, although it’s unclear if that price is for a one-way ticket.