Universal Studios has dramatically revamped its approach to its nighttime spectaculars and the resulting visual extravaganza “Cinematic Celebration,” debuted this week in front of some lucky guests. There’s no official opening date yet  –  the  new presentation was reportedly still in ‘technical rehearsal’ so some pyro technic effects were eliminated due to a passing storm, but onlookers were probably none the wiser having no idea what to expect! 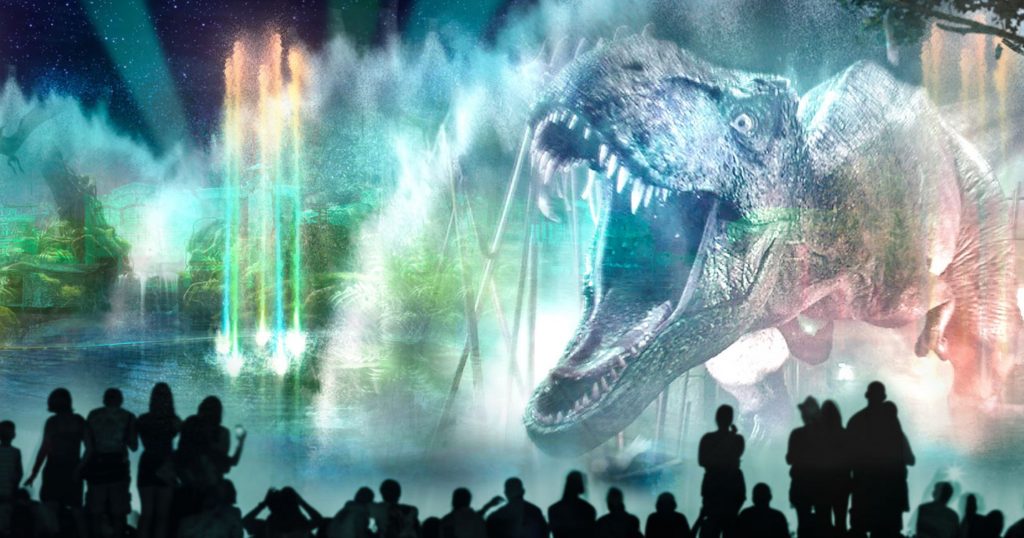 The show, clocks in at almost 20 minutes, and includes blocks devoted to the “Despicable Me” minions, “Jurassic World,” DreamWorks animation, “Harry Potter” and the Fast & Furious franchise.

Michael Aiello, senior director for entertainment creative development stated “From a content standpoint, we’re moving away from Universal Pictures and really wanting to celebrate the brands that the guests encounter at Universal Orlando,” he said. “You’re going to see Potter imagery outside the Wizarding World, which is a big deal for us”.

“The building facades, which we have transformed into wizarding textures, so you’re going to see the New York façade, but they’re going to be almost reskinned to look like aspects of Hogwarts castle,” Aiello added. “That castle is going to turn to ice as those dementors move into the media.”

The show features projections onto fanned water screens, a departure from the free-falling water curtains and from the inflated globes that dominated previous end-of-night shows at the theme park. Spectators are concentrated on the east side of the lagoon in a newly constructed standing area that holds about 6,500 people. According to Aiello “They’re going to look across the lagoon facing New York and they will now see a fountain grid of over 120 fountains … straight jets, moving jets, water screen media fountains as well”

The soundtrack has movie scores, primarily, but “we do have moments where we’re going to dip into pop music,” stated Aiello. The “Fast and the Furious” stretch has related music, and Justin Timberlake’s “Can’t Stop the Feeling” from “Trolls” is heard.