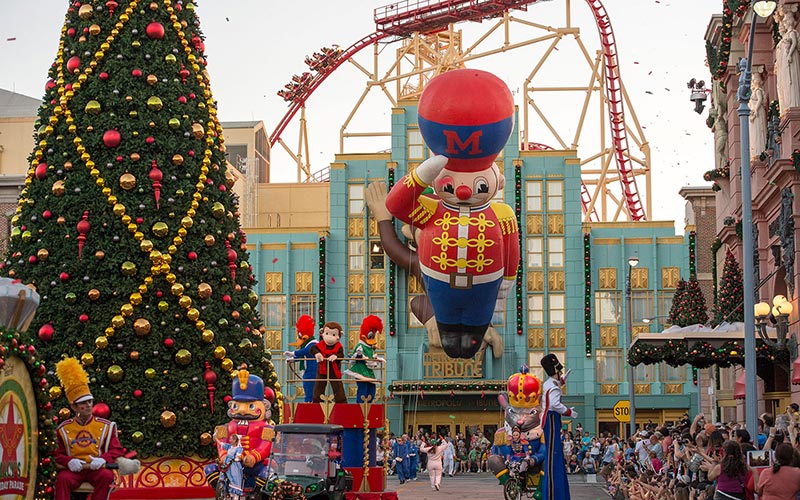 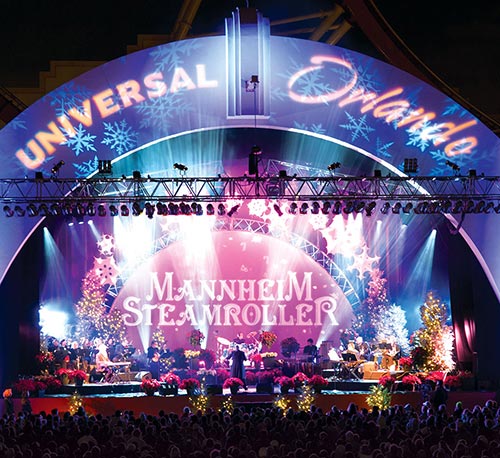 Celebrations will start on Dec. 3. The Macy’s Holiday Parade, running daily through the streets of Universal Studios theme park for the 15th year, will have two new featured balloons: Virginia of “Yes, Virginia There Is a Santa Claus” fame and the Mother Ginger character from “The Nutcracker.” (The Big Man Santa and Wiggleworm balloons will return as well, Universal says.) The parade starts at 5 p.m. Dec. 3-18 and at 8 p.m. from Dec. 19 through Jan. 1.

Also at the Studios will be concerts by instrumental megagroup Mannheim Steamroller. Performances will take place on the theme park’s Music Plaza Stage on Dec. 3, 4, 10, 11, 17 and 18. Show time is 7 p.m. each evening. The park also puts on holiday versions of its regular Blues Brothers shows and “A Day in the Park With Barney.” At Universal’s Islands of Adventure, Grinchmas is coming around again. Festivities include the “Grinchmas Who-liday Spectacular” live stage show. The production is put on as many as eight times a day during the holidays.

For more information, go to universalorlando.com/holidays 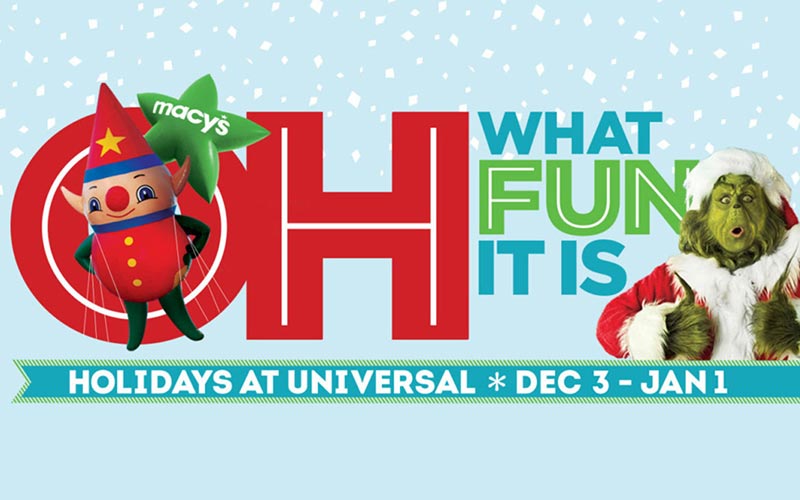