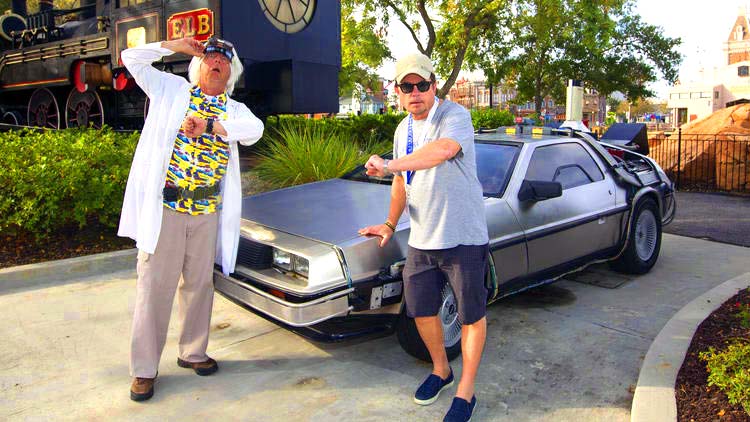 Popular character actor Michael J. Fox encountered an old friend from his colorful past during a visit to Universal Studios theme park in Orlando last week. It’s wild haired Doc Brown, the madcap scientist who accompanied Fox’s character Marty McFly through time and throughout the classic”Back to the Future” movies.

At Universal Studios Fox posed next to the famed silver grey DeLorean time machine located in the park. Guests can also photograph themselves alongside a steam locomotive that was seen in the third installment of the film trilogy.

Universal Orlando resort was the home to Back to the Future: The Ride from 1990, when the park opened, to 2007. That structure is now the home of the Simpsons Ride in the Springfield themed area of the attraction.