Universal Orlando Resort has been tinkering with photo validation technology at some popular attractions within the theme parks. Guests staying at Universal’s on-site hotels and carrying an Universal Express Unlimited Pass were involved in the test this week. 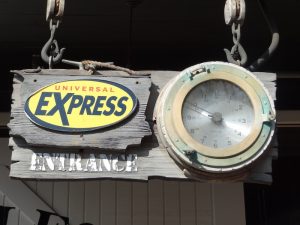 They were asked to stand in a particular spot, put their pass —  which incorporates a headshot — on a ledge and look at a lens in front of them. After a brief pause a tone signaled approval and they could move to the loading area.

Test locations included the Cat in the Hat and the Amazing Adventures of Spider-Man rides at Universal’s Islands of Adventure theme park. A sign outside the rides stated that a facial image would be stored and automatically validated by the system. Universal employees and third-party suppliers can also view the image. Visitors could opt out of participation by going to the park’s guest-services department.

Marketing for Unlimited Pass indicates that buyers will be able to “skip the regular lines” at select attractions. Nearly 30 of the rides and shows at the two theme parks offer separate queues for Express Pass. Two notable exceptions are the signature Harry Potter rides and the Hogwarts Express train.

Universal Express Unlimited is a benefit of staying in Hard Rock Hotel, Royal Pacific Resort or Portofino Bay Hotel on Universal property. Off-site guests can purchase the pas on top of the price of regular admission.

Universal has been experimenting with queue management in other ways. A Virtual Line system, set to operate with the upcoming Race Through New York with Jimmy Fallon attraction at Universal Studios, recently had a trial run at Despicable Me Minion Mayhem.  Universal’s Volcano Bay will feature Tapu Tapu wearable technology that will alert visitors when it is their time to get on specific water slides.