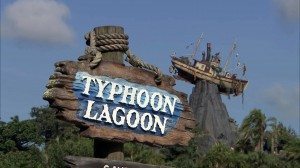 The ride would be built on 2 acres in the northern part of the water park. It would be west of the Crush ‘n’ Gusher water coaster raft ride, in an area currently used for back of the house activity. The ride would include an elevated flume.

Typhoon Lagoon opened in 1989. The park includes three raft rides; a lazy river; and a reef where people can swim among tropical fish, stingrays and sharks. It also has a giant wave pool and a children’s play area.

Disney World has another water park, Blizzard Beach, which opened in 1995.

Both Disney’s water parks had 5 percent increases in attendance last year, according to a recent industry report from the Themed Entertainment Association and the economics division of engineering firm AECOM. But it has been several years since Disney’s water parks have gotten new rides, and they are facing stiffer competition. Universal Orlando will open the Volcano Bay water park next year.