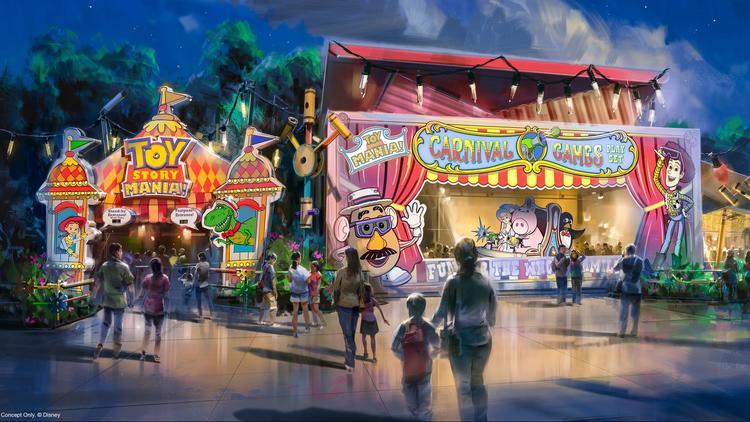 The land will be themed with characters from the “Toy Story” movie franchise such as Woody, Buzz and the Green Army Men. It will also have a counter-service restaurant, and it will incorporate the existing Toy Story Mania attraction, which was built in 2008 and expanded last year. After working up an appetite guests will be able to enjoy a visit to Woody’s Lunch Box the food themed areas’s new food option.

The theming will be sized to make guests be toy-sized. Bigger-than-life crayons, Cooties and Tinkertoys will be featured. The three “Toy Story” films span generations. The first one debuted in 1995. “Toy Story 3” was in theaters in 2010. A fourth film is slated for next year.

In preparation for the new attractions, Disney’s Hollywood Studios has been littered with construction walls for months. Gone are features such as the Studios Backlot Tour, the bulk of the Streets of America, the Lights, Motors, Action! Extreme Action Show and the Great Movie Ride, which is the future home of Mickey and Minnie’s Runaway Railway. At 11 acres, Toy Story Land is the largest theme-park project set to premiere in Central Florida this year.