Home » The Best and the Worst Golf in Florida

With a contemporary lodge, a high-end spa, and numerous fine dining options and three award-winning golf courses, Streamsong Golf Resort and Spa offer visitors one of the finest golf experiences in the Southeastern United States. Then there is Rusty Greens. Less than 20 miles away from Streamsong, Rusty Greens, a nine-hole municipal course, welcomes golfers to, well, let’s just say not quite the same experience. So for your next visit to Central Florida’s Polk County, why not earn the bragging rights of your peers and say you played both the best and the worst golf in Florida? 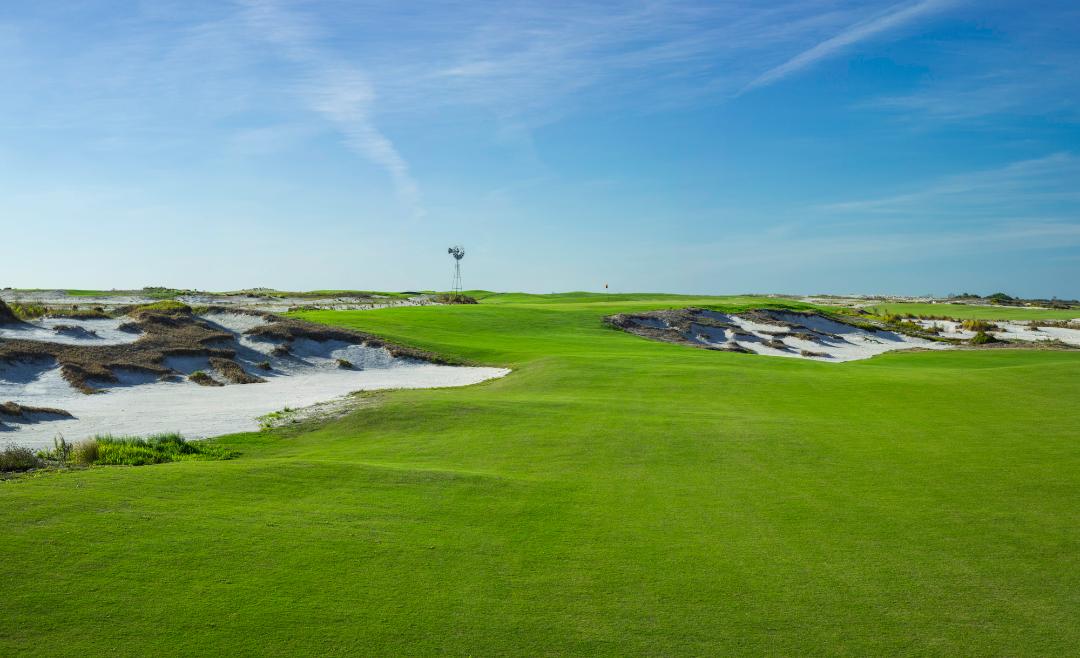 Let’s start with the best. Where phosphate mines once ruled the terrain is now the world-class Streamsong Golf Resort and Spa. The Mosaic Company, who built the resort, repurposed the area. Gone is the strip terrain of the mines, in its place, is almost an alien landscape unlike any other in Florida containing vast sand dunes, rolling hills, expansive water areas, and plenty of scrub growth – in other words, the perfect place for a golf course.

Golf publications from around the globe continue to recognize the three courses within Streamsong as some of the most spectacular golf holes in the Southeastern United States. Golf Magazine ranked both the Red and Blue courses in the top-15 courses you can play for 2016-2017, while the Black Course was named “2017’s Best New Course” by the same publication. But Streamsong doesn’t rest on its laurels – they just installed the latest in turf technology, Mach 1 Ultradwarf Bermudagrass, on Streamsong Blue.

Red, designed by the firm of Bill Coore and Ben Crenshaw, and Blue, designed by Tom Doak, weave around each other. Blue takes up more of the middle ground while Red dances in loops around it. Nevertheless, each course has an identity all its own.

Blue, for example, gives players wide fairways but throws in centerline bunkers to raise the level of difficulty. Blue also contains what has become a Doak golf course signature – large, contoured greens that will strain even the best short game.

While the courses share a clubhouse, that’s about all they share. Red, unlike Blue, offers golfers a wide variety of challenges. Some holes play long, others feature 75-foot-high sand dunes. On one hole, players might feel like they are on a rolling links course, while the next hole is all about water, or rather, trying to avoid it. Like other Coore and Crenshaw designs, Red forces the player to think about the strategy behind the game of golf.

And then there is Black. Black may be the newest of the three courses but it is the most celebrated. Designed by Gil Hanse and opening in 2017, Black is a 300 acre, a par-73 expanse that features dramatic, wide-open wavy dunes, hidden greens, sand traps the size of deserts, and even a windmill. All of Streamsong’s courses trade palm trees, manicured flower beds, beach sand bunkers, and house lined fairways for towering sand dunes, native grasses, and sweeping vistas. That’s the BEST of the best and the worst golf in Florida. 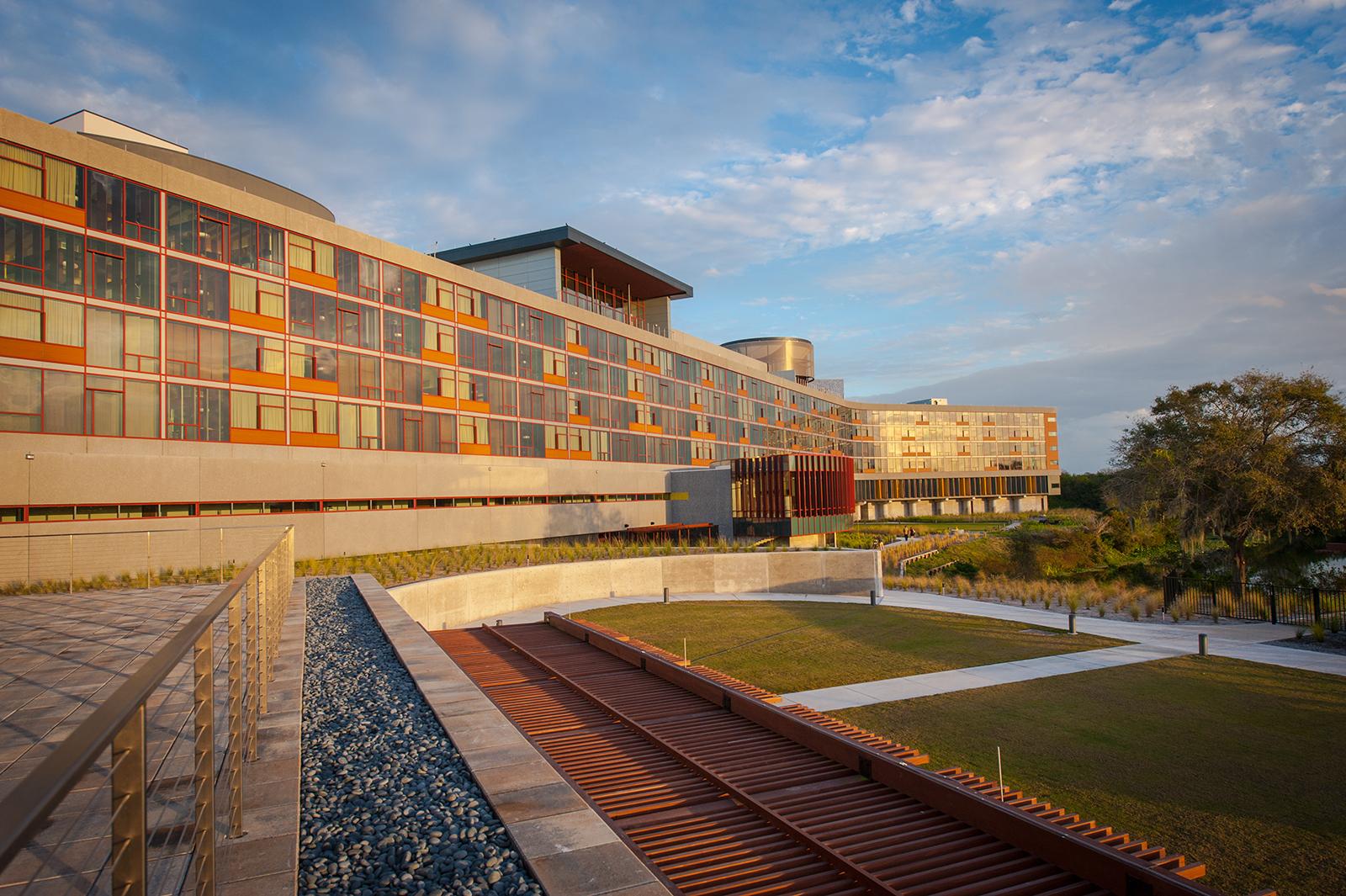 However, Streamsong offers more than just golf. There is the spa, Acquapietra, that transports those seeking revitalization to a European grotto. Massages, wraps, scrubs, and more await, as do a variety of facials and manicuring services. There are even special packages available for Florida residents.

But everyone’s journey to inner peace is different. Perhaps you’ll find your happy place thanks to one of Streamsong’s fishing guides, who know just the right place to cast. Or perhaps your pathway to Zen includes blasting a few sporting clays or pin-cushioning targets at the archery course. After all that work at relaxing, soothe your soul in the dining room. From the lodge’s sixth floor Fragmentary Blue cocktail bar to the Blue/Red Restaurant Fifty-Nine steakhouse or the fine Italian dining experience of SottoTerra, there are plenty of choices for even the pickiest eater. For a more casual bite, stop by P205 for a fine twist on Southern-style or the gastropub at the Black course, Bone Valley Tavern, for everything from burgers to calamari. 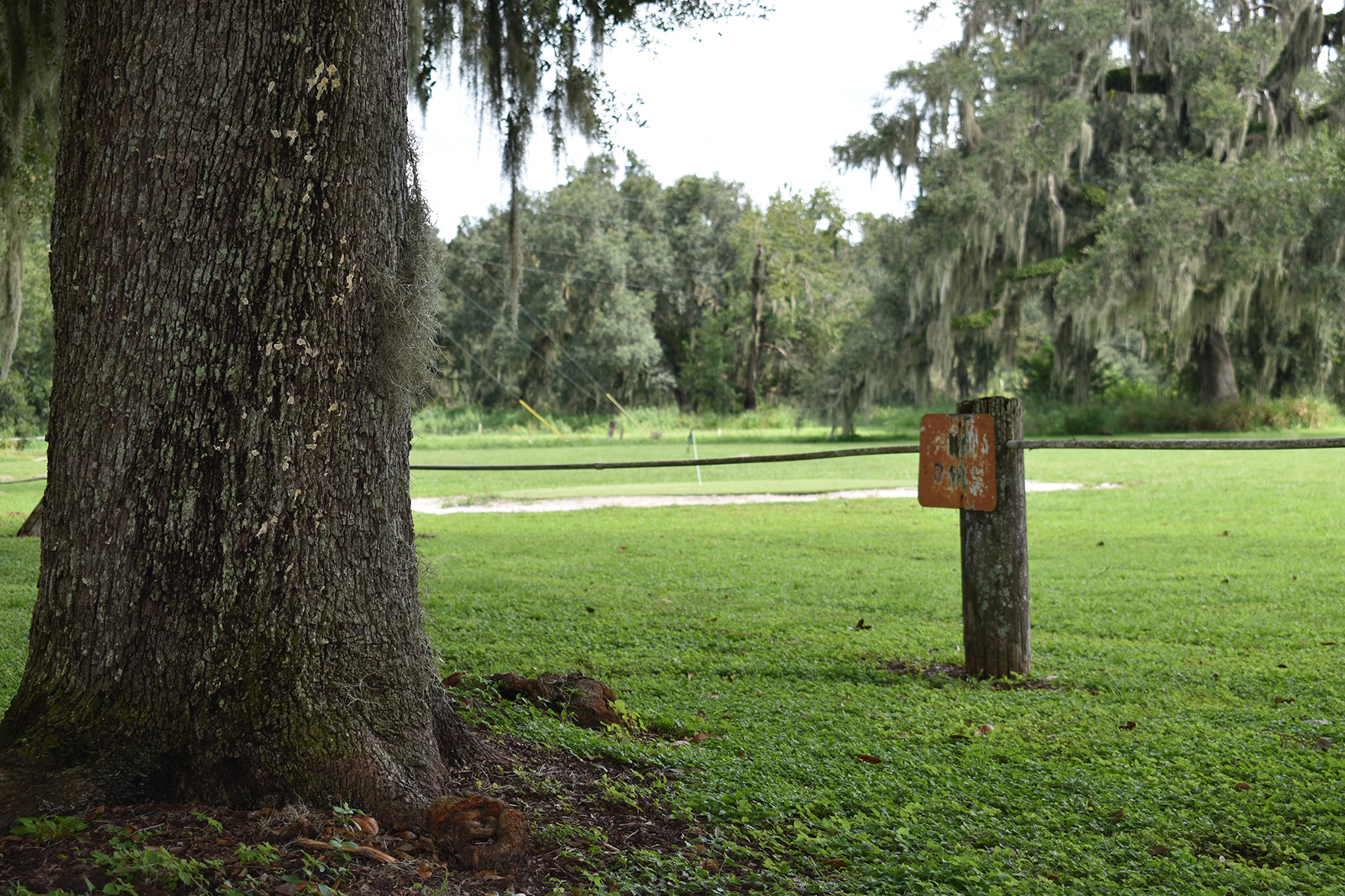 Just a few minutes away, the closest you’ll come to calamari might be a catfish basket at the favorite drive-in. Fort Meade, just south of the county’s government center and county seat, Bartow, is Polk County’s oldest city. Settled as a U.S. Army fort during the Seminole Wars, today Fort Meade has a population of just more than 5,000.

It is also home to, perhaps, the worst golf course in the nation, Rusty Greens. First-time visitors will quickly notice the lack of tee boxes, the greens comprised of indoor/outdoor artificial turf, and the apparent lack of rhyme or reason to the layout of the course. Locals will tell you, proudly, “it’s the worst golf course in America.” But don’t take their word for it. It first officially earned the honor in the 1994 book, “America’s Worst Golf Courses” by legendary golf journalist John Garrity. It held on to the bragging rights without challenge well into the 21st century. There you have the worst in the best and the worst golf in Florida. 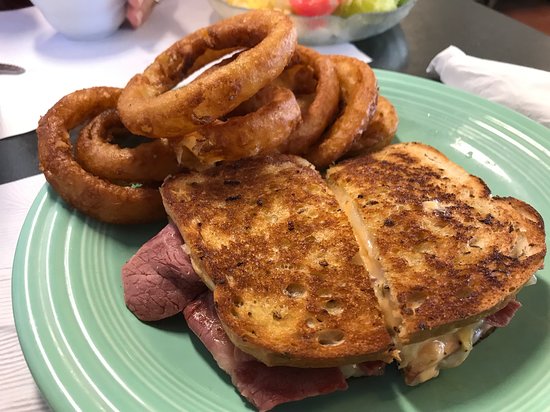 But Fort Meade has much more to offer than awful golf.

Being slightly off the beaten path has been a benefit for the architecture in town, as many of the original Florida Cracker houses remain along the tree-lined streets. These Cracker homes – named after the whip-using Florida cowboys – harken back to the 1880s, since many of the original town structures were destroyed by Union forces following the Civil War roughly two decades earlier.

In fact, you must cruise those same tree-lined streets to reach the Rusty Greens course in the southeastern part of the city. Turning on to Edgewood Drive, trailers from the Fort Meade Mobile Home Park area on the west side of the golf course while the Peace River is only feet away on the eastern side.

Course play, reservations, and, well, everything else is wide-open. Come as you are, drop your ball on the grass, and do as you will. Floridians will tell you to watch out for fire ants, whose bite will quickly get your attention. The locals play the course – which features rows of greens lined up on either side opposite each other – in a shoe-laces fashion. But if your group chooses a different configuration, no one will argue with you. No need for drivers, you can play this course with just a putter if you want, or bring along the sand or lob wedge if you feel like carrying two clubs.

If you stop by during our cooler months, don’t be surprised if you bump into some other duffers. The course remains popular with “snowbirds,” Florida’s winter visitors from the North.

After honing your short game skills, John’s Drive-In is just minutes away on U.S. 17. Now featuring indoor dining as well, the locally owned and operated eatery features hearty portions of American fare, from burgers and sandwiches to fried chicken, pork chops, and chicken-fried steak as well as catfish, crab cakes, and clams.

There are plenty more surprises than just the best and the worst golf in Florida in-store when you visit Central Florida. From the serene surroundings of Bok Tower Gardens and its 205-foot-tall carillon tower to the Bricktacular LEGOLAND Florida Resort, a visit to the Sunshine State is incomplete without a stop in Polk County, Florida’s Sweetest Spot. Go to www.VisitCentralFlorida.org to plan your vacation in Central Florida’s Polk County.