Disney have confirmed that their long-awaited new Star Wars land will open in 2019. 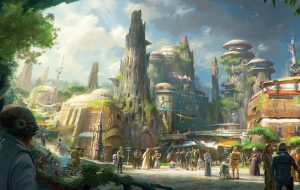 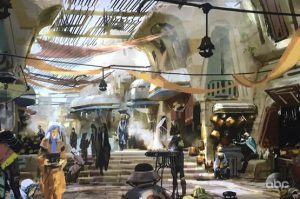 Way back in 2015, it was confirmed that each Star Wars Land at Disneyland California and Walt Disney World Florida would take up 14 acres, making them the largest single-themed park expansions in the company’s history.

Explaining the concept when they were first announced, Disney CEO Bob Iger said: “These new lands at Disneyland and Walt Disney World will transport guests to a whole new Star Wars planet, including an epic Star Wars adventure that puts you in the middle of a climactic battle between the First Order and the Resistance. We are creating a jaw-dropping new world that represents our largest single themed land expansion ever”

Official descriptions definitely provide hints at what’s in store for guests (some of whom would happily get on line tomorrow!).

“Nestled between towering spires of rock, this thriving port contains a seemingly familiar architecture of markets, landing zones and buildings. Look closely and you may find hints of some of the thrilling experiences that are coming – like the Millennium Falcon peeking out of one of the cargo bays, marking the location where guests will get the opportunity to pilot the fastest hunk of junk in the galaxy.”  And who wouldn’t want a go driving that around the universe?!