Walt Disney World has announced it will add BB-8 to its gleaming lineup of “Star Wars” characters that visitors will be able to meet spring 2017. 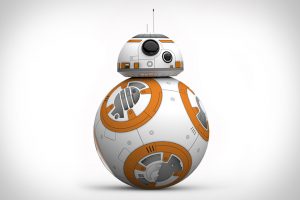 The spherical, rolling droid was first seen by fans in the 2015 film “Star Wars: The Force Awakens” and will be available to guests in a dedicated area of Star Wars Launch Bay at Disney’s Hollywood Studios. BB-8’s debut will be tied with the park’s new after-hours event called Star Wars: Galactic Nights on April 14, according to the official Walt Disney Parks Blog.

Visitors to Hollywood Studios will still be able to interact with another big “Star Wars” favorite Chewbacca along with the character  Kylo Ren, who also appeared in “The Force Awakens. Disney has been pumping up its Star Wars presence at Hollywood Studios as a land dedicated to the “Star Wars” franchise is under construction and set to open 2019.