The high-flying StarFlyer thrill ride on International Drive needs a little more time to prepare for its big debut. Officials with Orlando-based Unicorp National Development Inc., which owns the Vue at 360 complex where the ride will be located, have Tweeted this week that the 450-foot-tall attraction will now open June 1. It was expected to open May 11. 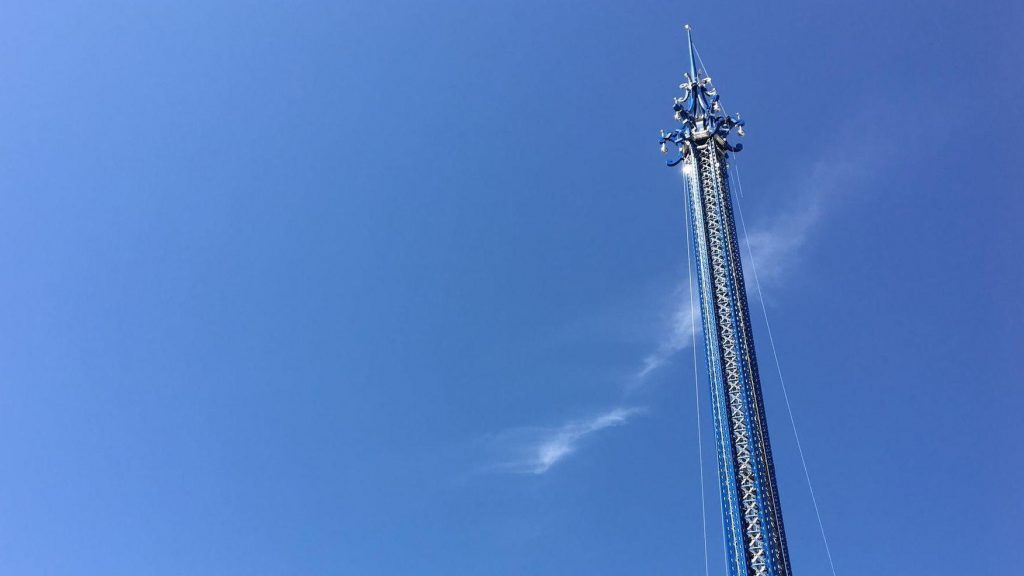 Reasons for delays include an incomplete railing that will surround the ride, as well as unfinished landscaping features, Unicorp President Chuck Whittall said.

“We only have one chance to open this right,” said Whittall, who said a ride will cost $12. “We want to make sure it opens perfectly. We are excited.”

The attraction, which will spin riders about 400 feet in the air at up to 60 mph, will open with a car show and music during an eight-hour party on opening day that will start at 2 p.m.

The project has a crew of about 50 workers putting finishing touches on it, and StarFlyer will employ about a dozen people when it opens, Whittall said.

Once operational, it will be the tallest StarFlyer ride in the world and one of the tallest structures in Central Florida.

A contest that will ask visitors for the most compelling story will award 12 people a spot on the attraction’s first ride.

The StarFlyer will be 50 feet higher than the nearby Orlando Eye and three feet shorter than the Hyatt Regency Orlando.

This StarFlyer, a product of Austria-based Funtime, will be the tallest in the world. The project is just south of the intersection of I-Drive and Sand Lake Road and directly north of Unicorp’s I-Drive 360, where the 400-foot Orlando Eye and other attractions operate.