Come be inspired and learn about the ongoing work of rescue, rehabilitation, and release at Clearwater Marine Aquarium. The marine life rescue center is home to Winter the Dolphin, star of the popular Dolphin Tale movies, filmed on location in Clearwater, Florida — just 90 minutes from Orlando. Clearwater Marine Aquarium staff and volunteers work each day to rescue marine life and provide the most advanced and effective care to maximize the opportunity to return sick or injured animals to their homes. Below, read about the Right Whale and calf rescued by CMA. 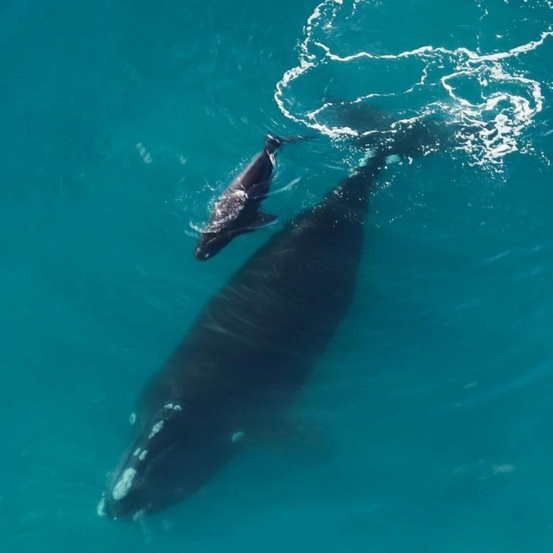 On Monday, December 16, 2019, an aerial surveillance team from Clearwater Marine Aquarium (CMA) identified the first North Atlantic Right Whale mom/calf pair of the season approximately 30 miles east of Sapelo Island, off the coast of Georgia. With just over 400 remaining, this finding is significant for the endangered species. Scientists identified the mom by her number in the New England Aquarium Right Whale catalog as #3560. She is known to biologists and is a first-time mom, born in 2005. 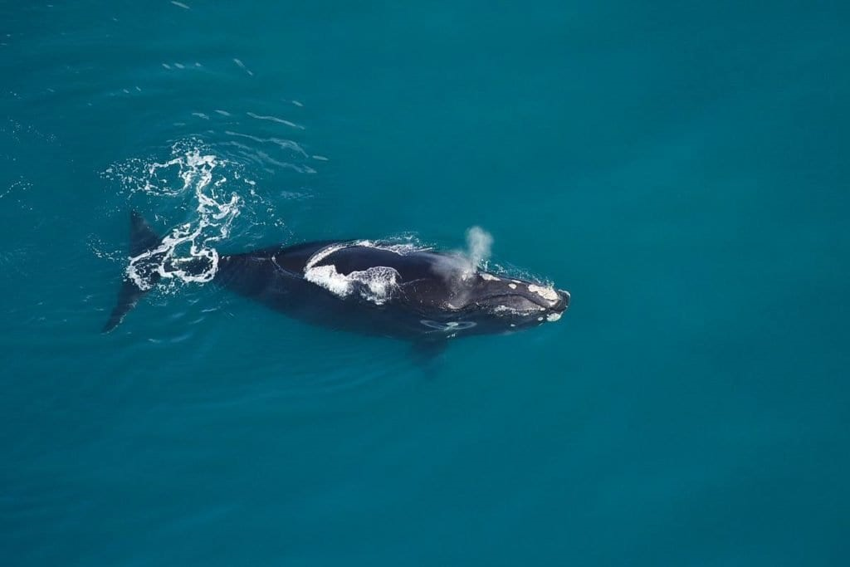 Two weeks later, on Monday, December 30, the same aerial survey team identified the second mom/calf pair of the season off the coast of St. Simon’s Island, Georgia. Scientists from the New England Aquarium confirmed mom was Catalog #1612 – a mom for the 7th time.

The North Atlantic Right Whale (Eubalaena glacialis) is a federally-protected endangered species under the Endangered Species Act and the Marine Mammal Protection Act. Recovery has been steady but slow for various reasons including a slow reproduction rate, and threats from entanglement in fishing gear and collisions with large ships.

Named the Right Whale by whalers as the “right whale” to hunt because of their likelihood to be close to shore and buoyant abundance of blubber, the species recovery is dependent upon the protection of each remaining whale. It is illegal to be within 500 yards of a Right Whale and violations can result in civil or criminal penalties with fines up to $100,000. There are also several areas along the East Coast where NOAA requires vessels 65 feet or longer to slow down to 10 knots or less during times of the year when right whales are likely to be in the areas in large numbers. 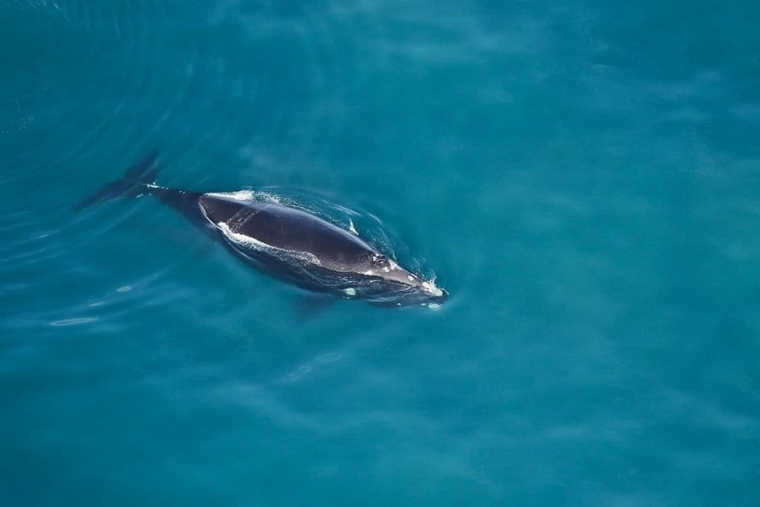 Additionally, the researchers have been active on the management and conservation side of the issue through past participation in the NOAA Large Whale Take Reduction Team and distribution of long-term monitoring data to management agencies for help in determining appropriate boundaries of critical habitats, speed zones, and other protection measures.

The main Right Whale Research Project consists of right whale aerial surveys in the Southeastern U.S. The winter calving grounds off this area were first designated as critical habitats for right whales in 1994 and then revised in 2016. CMA right whale staff are world-class scientists who have been involved in right whale research and conservation activities for more than twenty years.

Join them for a month of fun at CMA asthey kick off February with Winter’s Tail-Gate Weekend Jan. 31-Feb 2. Receive 1/2 priced admission* when wearing your favorite college football team’s logo apparel in celebration of all of the bowl games!

Next up- Be Winter’s Valentine Feb 4-14, kids 12 and under will receive $9.99 admission when you bring a Valentine’s Day Card for any of the resident, rescued animals.

Then CMA rounds out the month with Marine Science Fest February 15-17, with fun activities as local environmental programs join to educate our guests.

Check out their website for hours and information, or to add on an educational boat tour on Clearwater Bay! CMA is located adjacent to TripAdvisors #1 Beach only 90 miles from Orlando.