Be inspired and learn about the ongoing work of rescue, release, and rehabilitation at the Clearwater Marine Aquarium. The marine life rescue center is home to Winter the Dolphin, star of the popular Dolphin Tale movies, filmed on location in Clearwater, Florida — just 90 minutes from Orlando. Clearwater Marine Aquarium staff and volunteers work each day to rescue marine wildlife and provide the most advanced and effective care to maximize the opportunity to return sick or injured animals to their homes.

CMA to the Rescue 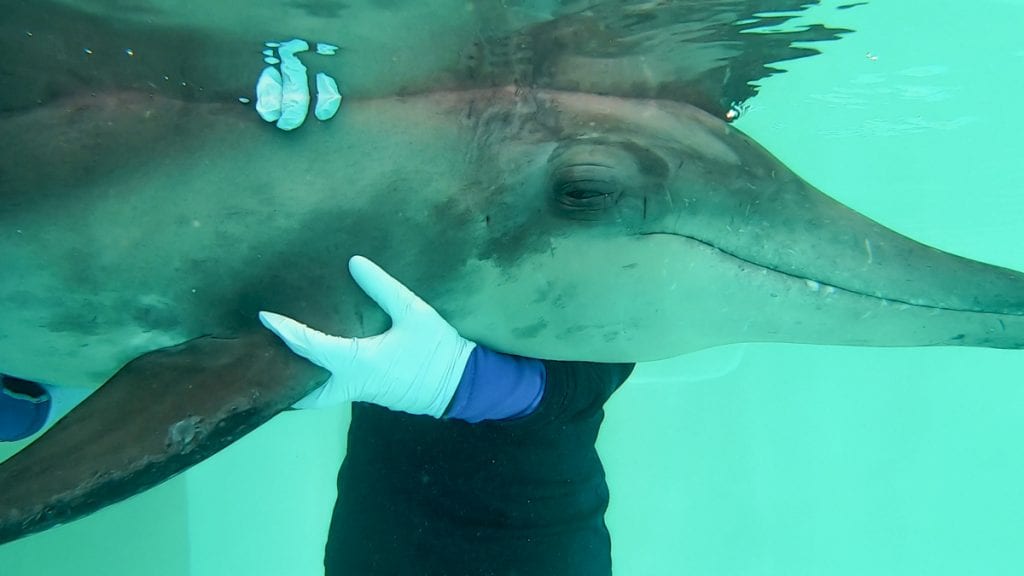 On Monday, December 16, 2019, at 7:00 a.m., Clearwater Marine Aquarium received a report from NOAA that the Florida Fish and Wildlife Conservation Commission was responding to a young rough-toothed dolphin that beached in Sanibel Island. FWC assessed the animal’s health and transported the animal to CMA for rehabilitation at its Fred Howard Park marine mammal stranding station. This is the same location where 2 rescued pilot whales received care before being released earlier this year.

“The Clearwater Marine Aquarium team is providing Rudolph the best medical care possible, around the clock,” said CEO David Yates. “The goal of our efforts is to return Rudolph back home in the wild, but quite a bit of work still needs to be done to accomplish this goal.”

Rudolph, one of an estimated 600 of its species in the Gulf of Mexico, is a male juvenile rough-toothed dolphin (steno bredanensis) weighing 153 lbs. upon intake and measuring just over 6.5 feet (201 cm). According to NOAA Fisheries, this species can reach up to 8.5 feet in length, relatively small compared to other dolphin species, they weigh about 350 lbs. and have a lifespan of 36 years.

Rough-toothed dolphins are usually found in tight-knit groups of 10 to 20 individuals but have been reported in groups of up to 100 individuals. They often associate with other cetacean species, including short-finned pilot whales, bottlenose dolphins, pantropical spotted dolphins, and spinner dolphins. 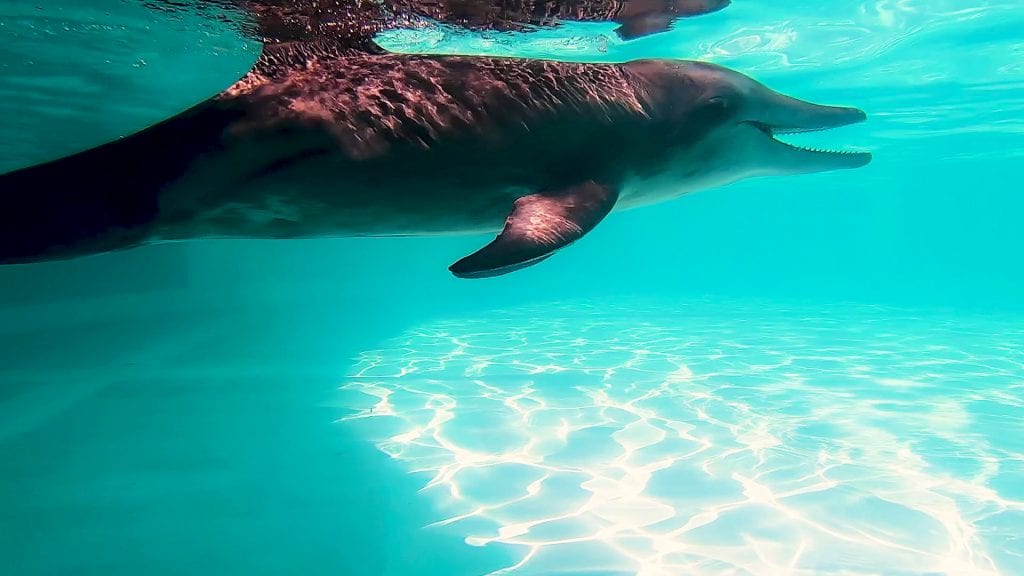 Where are rough-toothed dolphins found?

This species of dolphin can be found in deep warm and tropical waters around the world.

The rough-toothed dolphin species is not listed as endangered and has an IUCN classification of “least concern,” but like all marine mammals in the U.S., they are protected under the Marine Mammal Protection Act. The worldwide population of these dolphins is unknown, but NOAA Fisheries estimates there are about 600 dolphins in the northern Gulf of Mexico and a total of 6,900 in U.S. waters, with 6,000 of them around Hawaii.

What do they eat?

Rough-toothed dolphins eat squid and different kinds of fish in the wild.

Is this species related to Atlantic bottlenose dolphins?

Yes! They are both in the Delphinidae family. Rough-toothed dolphins have also been known to socialize with other species, including bottlenose dolphins.

Are they social animals?

Rough-toothed dolphins are usually found in tight-knit groups of 10 to 20 individuals but have been reported in groups of up to 100 individuals. They often associate with other cetacean species, including short-finned pilot whales, bottlenose dolphins, pantropical spotted dolphins, and spinner dolphins. Rehabbing the dolphin alone is best for its health and the health of other animals to ensure effective and appropriate treatment

Check out Clearwater Marine Aquarium’s website for hours and information, or to add on an educational boat tour on Clearwater Bay! CMA is located adjacent to TripAdvisors #1 Beach only 90 miles from Orlando.