If you want to take a trip back in time to the days of big finned Fords and sock hops, there is no need for a time machine and either Mr. Peabody, Doc Brown, or any incarnation of Doctor Who to take you there. Stick around – we do have a spot that’ll remind you of your favorite time travelers, too. Just a short drive from either Tampa or Orlando, let an automobile-centric visit to Central Florida’s Polk County transport you back to days when Elvis and Sam the Sham were jukebox standards, the flipped bob was the hip haircut and G.I. Joe had just hit the shelves. We call it Cruising Florida’s Sweetest Spot. So settle in for an overview of Polk County’s drive-in Movies, diners, and roadside attractions. 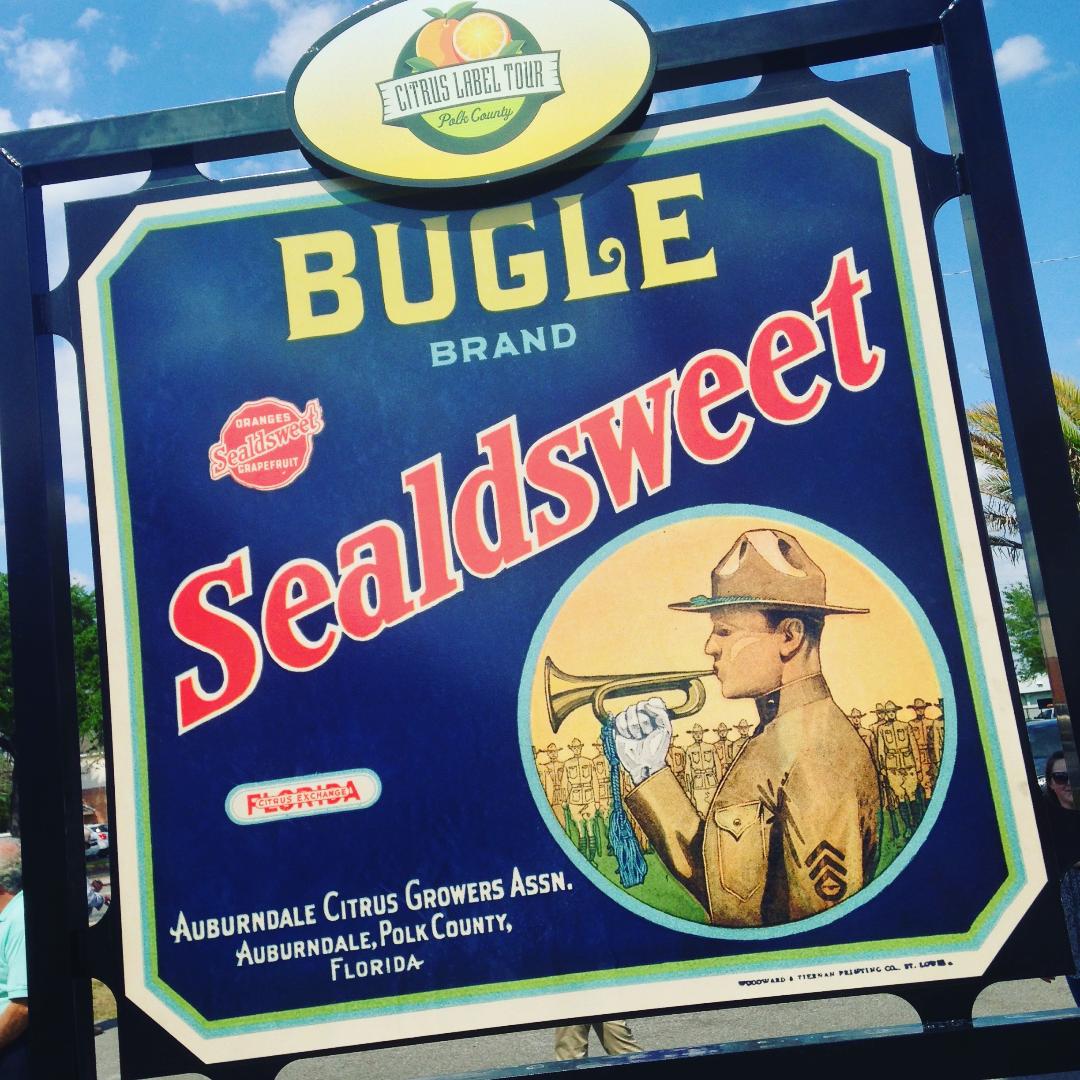 Does anything scream Florida more than a nice, juicy orange? Take a tour of the history of the citrus industry through the Citrus Label Tour.
The Citrus Label Tour is a driving experience that explores part of the historic marketing portion of citrus through the artistic labels that once adorned the old wooden crates used to ship the fresh fruit off to northern markets in the 1900s.

The labels themselves – today looked at as whimsical billboards of a long past time – were truly some of the first viral marketing. A trend that originated in California, the labels depicted anything from plants and animals to landmarks, riffs on childhood stories, or native heritage in a pre-World War II America that had little mass media, serving as both advertisings for the product and the state.

A partnership between the Polk County History Center and the Florida Citrus Hall of Fame, the tour is a driving experience that explores not only the artistic history of citrus marketing but also the history of the county itself. There are more than 40 different label examples on display in more than half a dozen Polk County towns.

But why not make this road trip through Florida’s past a little sweeter by loading up on some fresh produce for the ride?
For a glimpse at the industry today, go no farther than Ridge Island Groves in Haines City. Not only do they ship citrus, but you can also stop in for produce, grab some fresh orange juice or custom made seasonal produce flavored soft-serve ice cream or buy a citrus-inspired gift. If you’d rather see just how the product comes from grove to stand, hop aboard a citrus tour. You can even pick your own fruit.

Ridge Island isn’t the only grove in Polk County, that’s for sure. For a list of places to get not only citrus but also other fresh Florida produce – all kissed by the sun – request a copy of our Central Florida Fresh Guide from VisitCentralFlorida.org.

Great Eats and a Throwback Treat 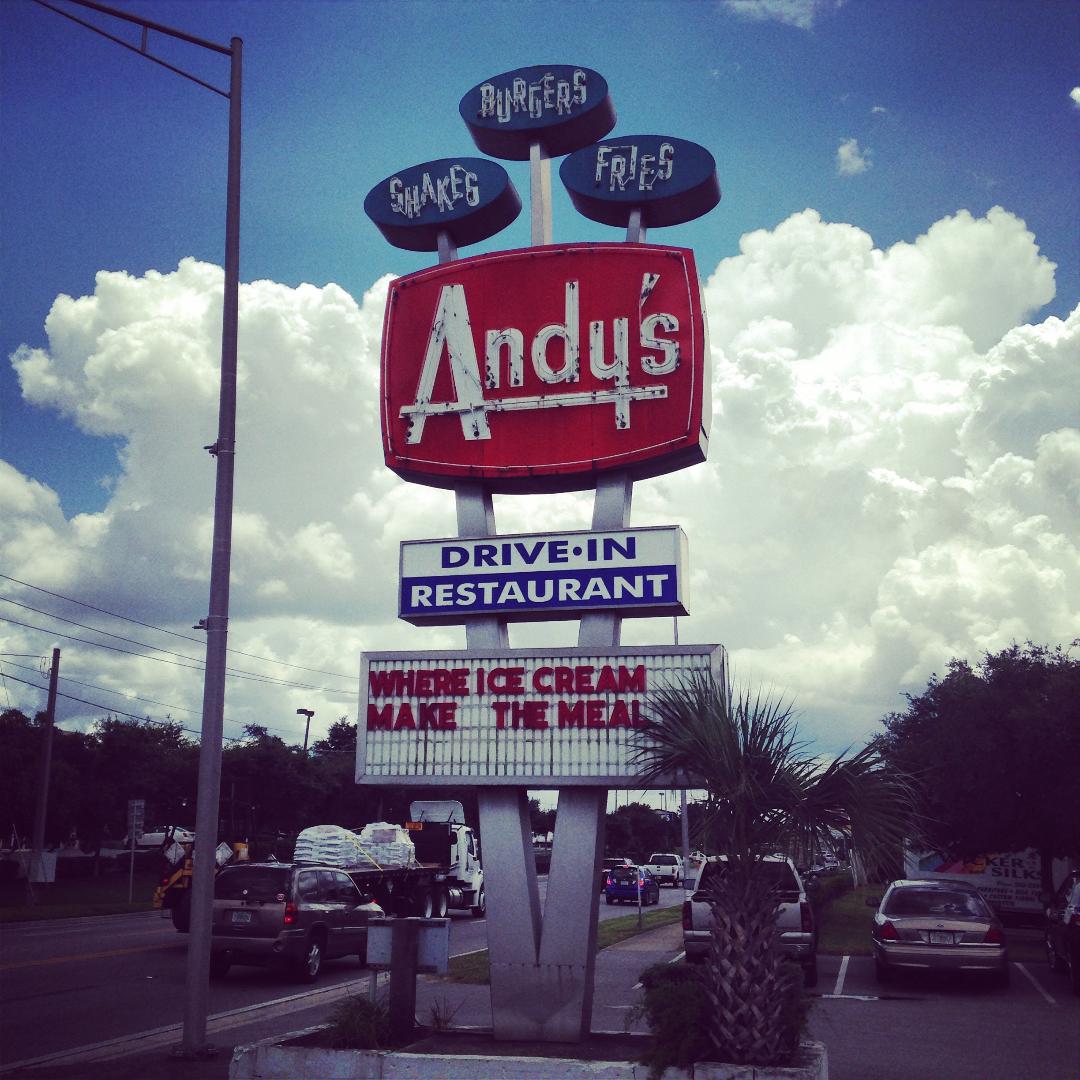 Andy’s Drive-In not only looks retro, but you’ll also eat retro, too. From the straight-from-the-50s neon sign out front to the high backed booths inside, you might think you are on the set of “American Graffiti” or “Happy Days.”

The menu will take you back to the days before calories were king as well. Crinkle cut fries and onion rings, burgers, and hot dogs are all on the menu, as are old-time American standards such as liver and onions and open-faced turkey sandwiches.

But make sure you leave room for dessert. Ice cream – scooped, not soft serve – is the treat here. To really kick-up the nostalgia, for a bit extra you can turn that chocolate shake into a malted. The menu is so diverse, even the pickiest eaters will find something.

Andy’s Igloo, connected to the main building, is a walk-up window to America’s culinary past. Here you can order your food to-go and do what the locals do – drive to one of Winter Haven’s numerous lakes for a waterside picnic. Andy’s is located at 703 3rd St. SW in Winter Haven.

Ghosts of the Past 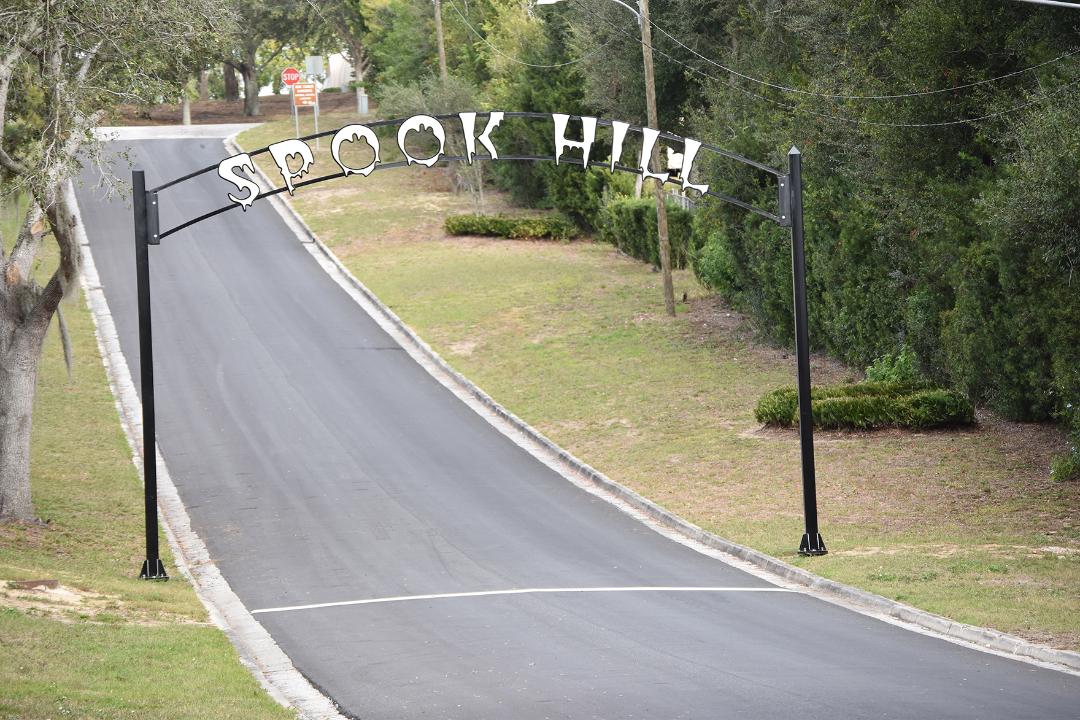 If you would rather scare up a little bit of Old Florida, there is no better place than Spook Hill in Lake Wales. Legend has it that the hill is the site of a titanic final battle between a giant alligator and a Native American chieftain. Years later, riders using the old trail around the lake discovered their horses laboring when traveling what appeared to be a downhill route. With the advent of the automobile, residents found that their cars defied gravity and seemed to roll uphill by themselves. Could it be the ancient ghost of the chief?

Tucked away along the Lake Wales Ridge and just a few minutes from Bok Tower, the tallest point in peninsular Florida, Spook Hills has been a favorite of both locals and tourists in Central Florida for generations. Part of a phenomenon known as mystery hills or gravity hills, while there are others located throughout the world, this is the only one of its kind in Florida.

And after you are done rolling uphill, locals know to stick around and watch the reaction of others – that’s at least half the fun. 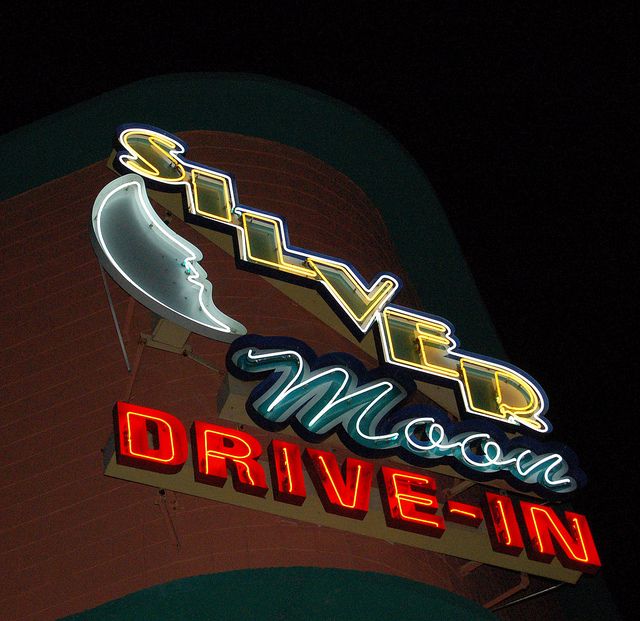 Today, one of the few hundred left in the nation is Lakeland’s own Silver Moon Drive-In. And while it originally opened in 1948, the Silver Moon’s amenities are anything but retro. Featuring a digital projector and state-of-the-art concessions – think pizza, nachos, and beer along with the standard popcorn and candy – as well as being able to listen to the movie via your automobile’s FM radio, this is a far cry from the drive-in your grandparents frequented. Of course, popcorn and candy are available as well.

As for the movies, Silver Moon runs two movies an evening on two different screens. The doubleheaders are usually themed – maybe both are science fiction flicks or they’ll show two kids movies, for instance – or even a little more unique, such as two movies based on the same fiction author’s work, as a recent showing of “Stand By Me” and “Christine,” both based on Stephen King works, illustrates.

A Photo Worthy of a Time Traveler 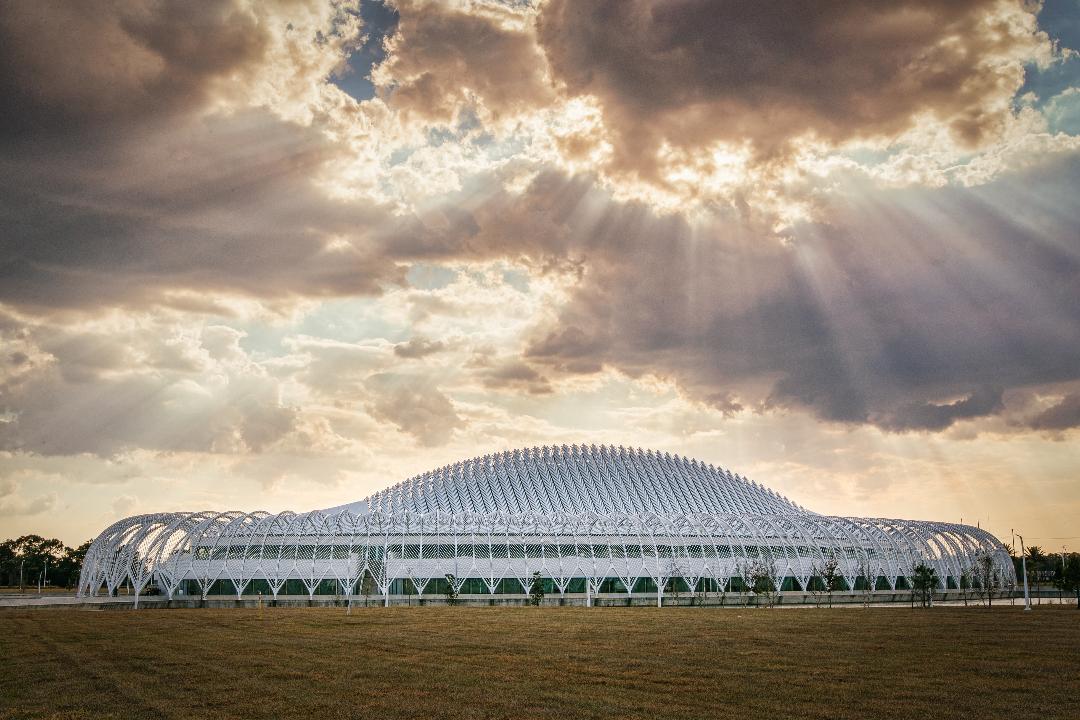 Rising up from the flat, veldt-like terrain outside of Lakeland is an architectural feat unlike any other in the Southeastern United States. Welcome to the grounds of Florida Polytechnic University and its signature Innovation, Science and Technology Building designed by famed architect Santiago Calatrava. Featuring arched pergolas and operable louvers, the building actually changes during the day as the moving louvers keep the students below in the shade.

Considered a working piece of avant-garde architecture, the complex houses Florida’s only state university focused on science, technology, engineering, and mathematics. A few of Calatrava’s other works include the World Trade Center Transportation Hub in New York City known as The Oculus, Garde de Oriente in Portugal, Reggio Emilia AV Mediopadana in Italy and the Museu do Amanha in Brazil, as well as the under-construction Greenwich Peninsula project in London.

The Innovation, Science, and Technology Building earned more than 20 architectural and engineering awards. For visitors, the white arcs and lines contrast nicely against Central Florida’s typical blue skies, making the grounds one of the most photographed – and Instagrammed – locations in the area. To say it looks otherworldly would be underselling it.