According to the super sleuths at The Orlando Weekly the rumor mill is ablaze with talk of a big old redo at Disney’s Hollywood Studios featuring many of your Pixar favorites.

Here’s what they had to say and  it seems to us to make a lot of sense!

“With Star Wars: Galaxy’s Edge now fully open, and the opening of Mickey and Minnie’s Runaway Railroad attraction just weeks away, the future of Disney’s Hollywood Studios still has very little actually confirmed by Disney. But new rumors point to even more dramatic changes heading to the park in the coming years. 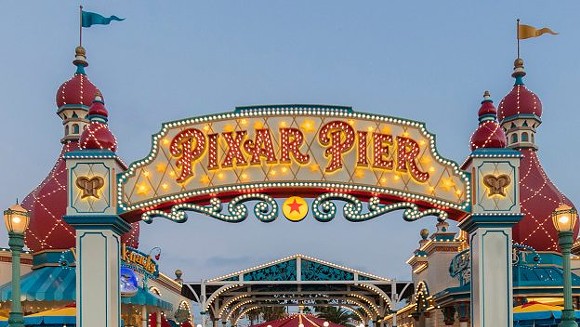 After years of murmurs regarding Monsters, Inc. and the Incredibles, it looks like Disney has finally decided to move forward with some type of new attraction based on these and other Pixar franchises. According to rumor and news site, Screamscape, Disney may be planning to have a Pixar Place that would extend from the former entrance of Toy Story Mania past the entrance of Toy Story Land and up through Animation Courtyard covering all of Mickey Avenue. This would include the old Pixar-themed area that most recently was used as a temporary Incredibles area. 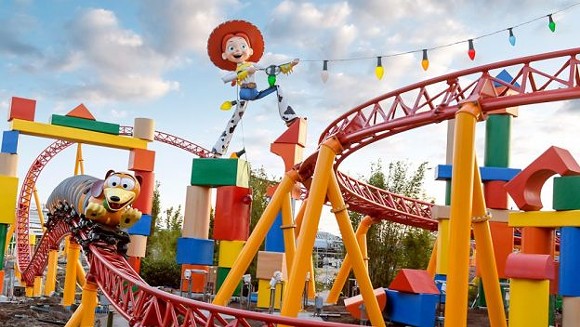 In 2018, Hollywood Studios received three temporary attractions themed to Cars, Monsters, Inc., and the Incredibles. At that time, it was thought that the attractions might be used to test the popularity of the brands. All three seemed to be well received, with the Mike Wazowski meet-and-greet closing this month after more than a year and a half.

Previous rumors pointed to Rock ‘n’ Roller Coaster and its nearby black box theater being themed to Monsters, Inc., but the new buzz seems to have the various Pixar brands in a different part of the park. Now, a rumored walkway connecting Animation Courtyard to Rock ‘n’ Roller Coaster could mean the earlier rumors are still accurate. That would mean the new Pixar Place would be used as a “portal” linking more extensive themed lands.

The Animation Courtyard area remains one of the last remaining bits from the original park.click to tweet

Industry insider and former Orlando Weekly columnist Jim Hill first mentioned that a Pixar themed land was in the works for Hollywood Studios in 2014 with certain aspects, such as the Monsters, Inc details, going back to 2008. The current rumors are remarkably similar to what Hill described years ago.

According to the latest rumors, Pixar Place would include other standalone attractions themed to various Pixar franchises, similar to how Fantasyland has multiple intellectual properties found within it. This is also similar to how Disney California Adventure re-themed its Paradise Pier section to Pixar Pier. That redo involved re-skinning multiple attractions and the introduction of several Pixar themed carnival-like flat rides. Disney’s Hollywood Studios currently only has a single flat ride, the Alien Swirling Saucers in Toy Story Land. 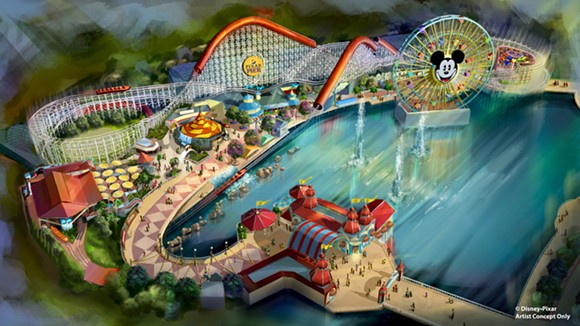 With Galaxy’s Edge now open, the Star Wars Launch Bay was expected to close prior to this most recent rumor, as has the incredibly dated Voyage of the Little Mermaid attraction. In the middle of the rumored Pixar Place sits “One Man’s Dream,” the Walt Disney history museum attraction. The theater attached to it is currently showing a preview of Pixar’s upcoming Onwardanimated film. It wouldn’t take much to transform many of these current attractions into Pixar themed ones. The preview theater would likely remain, and other attractions, like the Disney Junior Dance Party!, could see Pixar additions practically overnight.

Other attractions, like The Voyage of the Little Mermaid, would take more time to switch over to a new theme. The Animation Courtyard area at Hollywood Studios remains one of the last remaining bits from the original park. The buildings there have received minimal updating since the park opening in 1989. It’s likely that many of the Pixar attractions would be located inside these existing buildings.

One franchise that is included in this rumored Pixar land for Hollywood Studios is Cars. While both the second and third films saw disappointing reviews and box office sales, the franchise has remained popular with fans causing merchandise sales to remain higher than many other brands. A miniature version of Radiator Springs, the award-winning Cars themed land at Disney California Adventure, has been rumored for Hollywood Studios for some time. The signature ride in California Adventure’s Cars Land, Radiator Springs Racers, uses a nearly identical ride system as Test Track, but in dual, racing-style layout.

Screamscape is reporting this may be included in the updated Pixar Place. But theme park podcast Ride This One posted on Twitter that they have heard rumors of a Cars overlay heading to Test Track. The current sponsorship of that attraction will be ending soon and Disney has been reviewing what it wants to do with this popular Epcot ride.

Speaking to Orlando Weekly on condition of anonymity, insiders have confirmed Disney is currently seeking a new sponsor for the attraction and has backup plans in place in case a sponsor can not be found. According to one source with knowledge of the ongoing discussions, a sponsor outside of the automobile manufacturing industry is currently being sought by Disney as part of a larger contract that would also include other on-site marketing. The rumored Cars overlay dates back to at least 2016, though, at that time, it was more of a theoretical exercise in what it would take to happen, a step known as “blue sky,” where constraints like costs or construction timelines aren not considered. 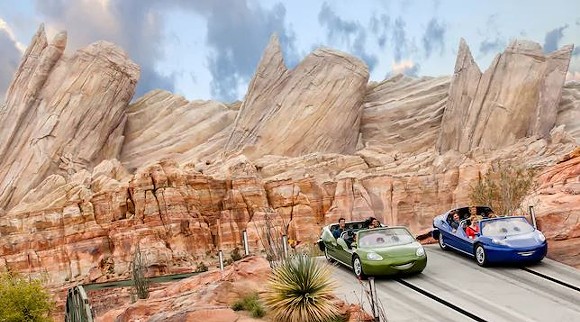 These rumors come as other previously announced attractions are reportedly being delayed due to financial concerns related to the impact of coronavirus. Two attractions in the Anaheim resort are supposedly being suspended indefinitely, as the corporation tries to understand the what impact the coronavirus will have on on a company which has closed two of its Asian theme parks indefinitely, and has agreed to allow the Hong Kong government to use part of its land as a quarantine center.

The Lunar New Year is also a popular time for Asian tourists to visit California. The delay may have more to do with ensuring quarterly earnings reports aren’t too low with construction on the California attractions ramping back up, once operations in Asia and California are back to something resembling normalcy.

The Pixar Place expansion at Hollywood Studios seems to be a few years away still, and other Disney World attractions are much further along than the California projects so Disney World would likely not be impacted by the delays other parks are reportedly seeing. No timeline for the expanded Pixar Place has been given but it would probably be a multi-phased rollout with the less intense overlays opening first. Test Track’s future will likely be shared before the end of next year.