Disney’s Imagineers have been hard at work building a Toy Story-themed extension of Disney World Hollywood Studios that will include a very unique quick-service restaurant called Woody’s Toy Box. This week we got a peek inside as The House of Mouse released a rending of the very colorful canteen this week — it looks like a gigantic tin lunch box with a thermos flask that greets you at the front door.. 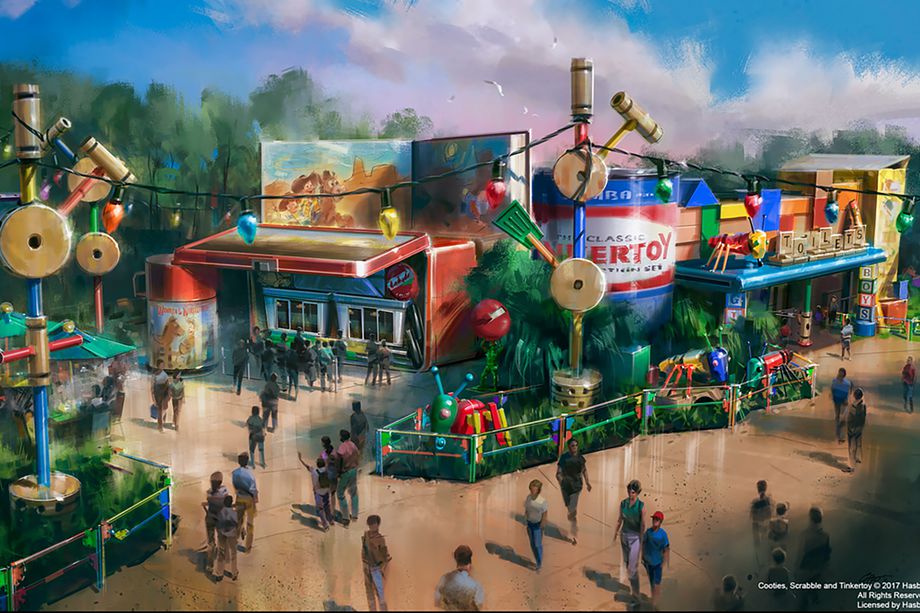 Woody’s will be a counter-service establishment offering “old fashioned soda floats” plus other fare. Disney has yet to announce what will make up the bulk of the menu, but Mini Babybel cheese will probably be part of the picture, because the dairy product company is a new partner providing ‘official’ snacks. (If you look closely at the illustration above, you will see that one of the little green army men is holding a gigantic round of Mini Babble cheese.) Maybe the menu will include a sandwich inspired by the talking pig, Hamm, or a twice-baked ping hot version of Mr. Potato Head? Andy, the owner of all the toys, is technically old enough now to be living a millennial lifestyle, so maybe the offerings  will include a quinoa bowl or some avocado toast? Who knows – we do know however that it the food and the atmosphere will likely be terrific!