Orlando Attractions Update –  According to our esteemed local newspaper the winners of their 18th Orlando Sentinel Foodie Awards are in and theme park dining and themed dinner shows are very well-represented.

Victoria & Albert’s at Disney’s Grand Floridian Resort & Spa won the critic’s choice for best hotel restaurant, but was selected as a runner-up by both McPherson and readers in the romantic category.

McPherson picked the Hoop-Dee-Doo Musical Revue as the Critic’s Choice winner for best dinner show, while readers chose Medieval Times Dinner & Tournament in Kissimmee. Hoop-Dee-Doo was a runner-up for readers, along with Sleuths Mystery Dinner Theatre. 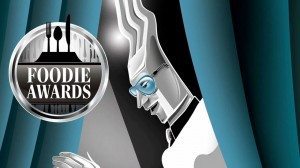 While Disney dining is well-represented, no other major Central Florida theme park made the list.