Home » Orlando North’s Craft Beer Scene is on the Rise

Like the foamy head on an expertly poured draft beer, Orlando North/Seminole County’s craft brew scene has steadily risen, but not gone over the top. Rather than have a glut of microbreweries, as is the case in some destinations, Orlando North’s beer-making community has emphasized quality and longevity. Needless to say, Orlando North’s craft beer scene is on the rise.

At last count — in early 2020 — there are eight craft breweries in our destination. They’re all distinct, but share an emphasis on creating beers that hit the palate just right. Some are full-on pubs that serve meals and snacks, while others are beer-only taprooms that don’t mind if you bring food in. 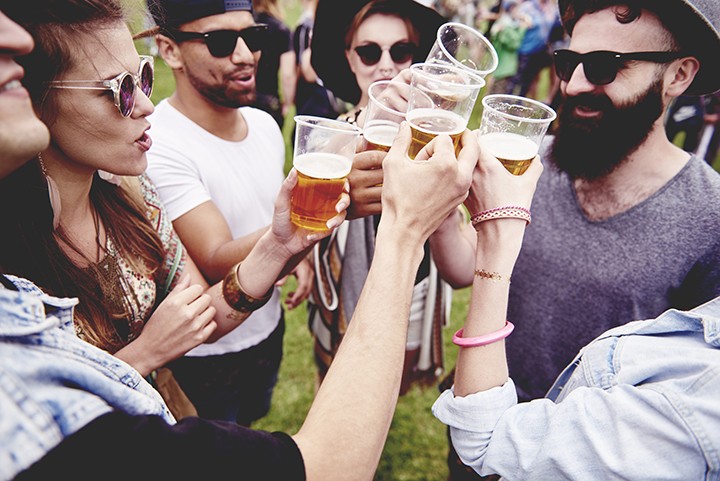 Historic Downtown Sanford is the epicenter of Orlando North/Seminole County’s craft beer scene. As the district plotted its cultural and culinary renaissance over the last decade, microbreweries have been a priority. Here are the four currently operating, all within convenient walking distance of each other.

Set in a large, white-brick building that was once the Stokes Fish Market, Wop’s Hops fairly beckons you to drop in for a pint or two. The building’s colorful interior is accompanied by a grassy, fenced-in outdoor area. There’s plenty of whimsy to go along with a splendid menu of brews that run the gamut: pilsners and pale lagers, amber and dark lagers, blonde ales, IPAs, porters, stouts and more. This popular gathering spot — whose official name is Wop’s Hops Brewing and Kitchen — serves a tasty array of appetizers, burgers, sandwiches, salads, flatbreads, and appetizers.

Located on the western boundary of the historic Georgetown community, Sanford Brewing Company occupies a building that dates back to 1930, renovated in the American Craftsman style. SBC offers a huge array of brewed-in-house beers, ranging from a red ale with 4.7% alcohol by volume to a Belgian ale that’s a potent 10% ABV. The pub serves what it bills as “Southern gastro comfort food,” and presents a variety of live music, opens mics, trivia nights and other events.

Founded by four friends who met while students at the University of Florida, Deviant Wolfe is a large brewery and taproom that’s outfitted with long communal tables, picnic tables, leather chairs and barstools that make for a fun hang. They brew everything from basic German pilsners and lagers to stouts, ales and I Ain’t Afraid of No Roast, a robust porter that took the silver medal in the 2019 Best Florida Beer competition. Deviant Wolfe does not serve food.

Set in a converted former service station, Inner Compass was started by two 20something beer enthusiasts in 2014. You can sidle up to its unique bar made of bricks and hang out indoors, or enjoy your beer in a vast outdoor area on picnic tables under umbrellas. Inner Compass serves its own IPAs, milk stout and hefeweizen, all lovingly crafted in a seven-barrel, on-site brewhouse. No food served here. 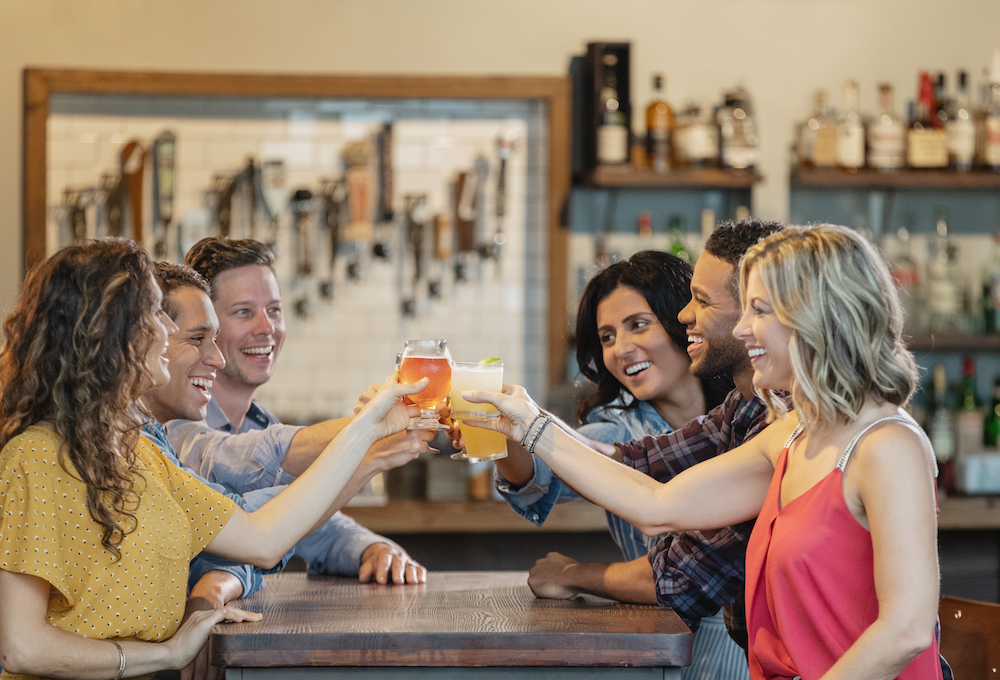 Founded in 2012, Hourglass qualifies as the senior member of Orlando North’s craft beer scene. At more than 10,000 square feet, the space provides plenty of elbow room for hoisting pints. In all, the place has the feel of a sleek, modern sports bar. It’s a great place to party — with splendid beer that ranges from basic to outlandish. Hourglass, centrally located in Longwood, not only pours pints and flights but also sells its wares in wildly colorful cans. A beer menu from early 2020 showcased a whopping 36 types — from Irish Curse, a red ale, to QU4D, a Belgian Quadrupel with 12% alcohol, to Experimental Lager #1.

Hourglass spun off a sub-brand called Sourglass, which focuses on punchy sour brews. Its taproom, outfitted with racks of wooden barrels, is next door to Hourglass. No food served at Hourglass/Sourglass.

Two musician friends — Bobby Bowen and Kevin Wigen — combined their passion for beer (and their names) to start this microbrewery and taproom at a busy intersection in Casselberry. Bowigens is a cozy place, ideal for beer aficionados to drink and talk beer, with dark wood floors and brick interior walls. A three-barrel brewhouse produces three year-round beers — a citrus pale ale, a Florida IPA and a milk stout — along with a rotating array of special flavors and seasonal favorites. Bowigens’ 7 Layer Stout has won three awards, including the best cream stout at the 2018 U.S. Open beer competition. Bowigens does not serve food.

Conveniently situated on the north side of Oviedo Mall, this roomy space serves its own sudsy concoctions and also includes “guest taps” featuring other craft beers. Vishal Chunilal, an immigrant from India, turned his dedication to home brewing into OBC, which opened in early 2019. The beer menu includes Florida Boi, a light American lager, Oviedo-Zen, a hefeweizen, a couple of sours and, of course, a few India pale ales. Enjoy your favorites on location or take home a 32-ounce “crowler” or 64-ounce “growler.” The pub serves burgers, fries, nachos, big Bavarian pretzels, wings, pizzas and more. There’s even a Taco Tuesday.

Opened in January 2020, this small-batch brewery in Lake Mary is the new kid on Orlando North’s beer block. Its 18 taps focus on local, seasonal and farmhouse ales (with some wine, mead, and cider too). Managing partner Gene Bouck is a native, having graduated from Lake Mary High. After home-brewing for 18 years, he and his father (also named Gene; hence “Genetics”) decided to open this taproom. With such small batches, visitors might find a different tap list from week to week. Genetic Brewing does not serve food.

So, now that Orlando North’s craft beer scene is on the rise, which brewery will you visit first?