Orlando Attractions Update -This is no big surprise to those of us who live here in Orlando, as the city breaks new ground with the number of visitors it welcomes each year – true to form it  has set another 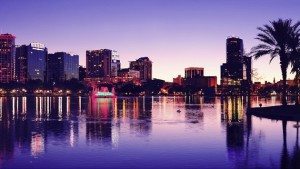 record for 2014. With 62 million-plus visitors last year, Orlando has firmly cemented its position as the most-visited destination in the country, according to tourism figures released by Visit Orlando.

“Passing the 60 million annual visitors mark is a significant achievement for Orlando and the U.S. travel industry that generates $2.1 trillion for the U.S. economy each year,” said Roger Dow, president and CEO of the U.S. Travel Association President. “Thanks to the close partnership among members of Orlando’s tourism community and strong leadership by public officials and Visit Orlando, this popular destination known around the world is well positioned to continue setting records in tourism.”

Orlando’s stellar tourism results, in large part, can be attributed to the destination’s formidable tourism attractions and the ongoing efforts to enhance and expand them.

Last year, Walt Disney World Resort completed New Fantasyland, a project that represented the largest expansion it the company’s history. Downtown Disney, meanwhile, is in the midst of a multi-year enhancement transforming into Disney Springs.

Universal Orlando Resort continues to invest heavily in new attractions, as witnessed by the 2014 opening of The Wizarding World of Harry Potter – Diagon Alley. It will also open the 1,000-room Sapphire Springs next year, along with a 25-acre water park that is expected to come online in 2016.