Home » New Not So Scary Fireworks 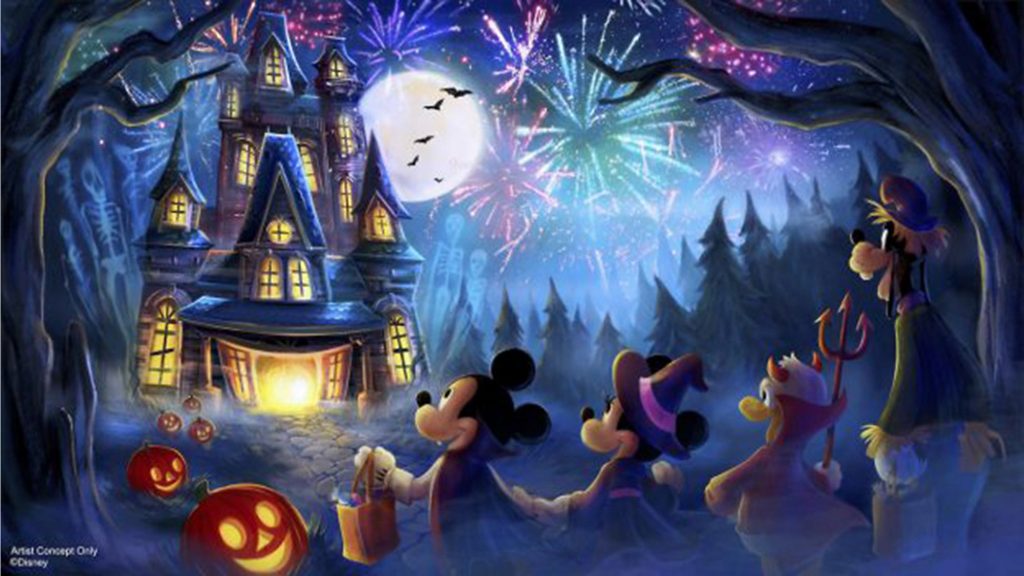 No name was given though for the new spectacular, although other details were revealed via the official Disney Parks Blog. The halloweenstory will involve Mickey, Minnie, Donald and Goofy in a haunted house, where they encounter skeletons, ghosts and the trademark Disney villains. It will have projection effects, lasers, lighting and of course lots and lots of fireworks.

“Hallo-Wishes” had been a play on Magic Kingdom’s nightly fireworks called “Wishes,” which were discontinued in 2017 and replaced by “Happily Ever After.”

Disney says Not-So-Scary favorites such as “Mickey’s Boo-to-You Halloween Parade” and “Hocus Pocus Villain Spectacular” will be included in the 2019 parties, as well as the Storybook Circus Disney Junior Jam and the Frontierland Costume Promenade.

Not-So-Scary, which features trick-or-treating throughout the park, runs after regular park hours on select nights between Aug. 16 and Nov. 1.