Mysterious ghost-inhabited hills, a headstone for a man who claimed to have lived more than 130 years, and a giant potty chair transportation device. These are just some of the mysteries of Polk County.

Welcome to Central Florida’s Polk County, where there is no shortage of things to do, from theme parks and golf courses to restaurants, shopping, and dining. Take a day to visit and you’ll quickly realize why it is known as Florida’s Sweetest Spot. But if you travel just a jot off the beaten path, you’ll find there is still plenty of old, roadside Florida left in the area. 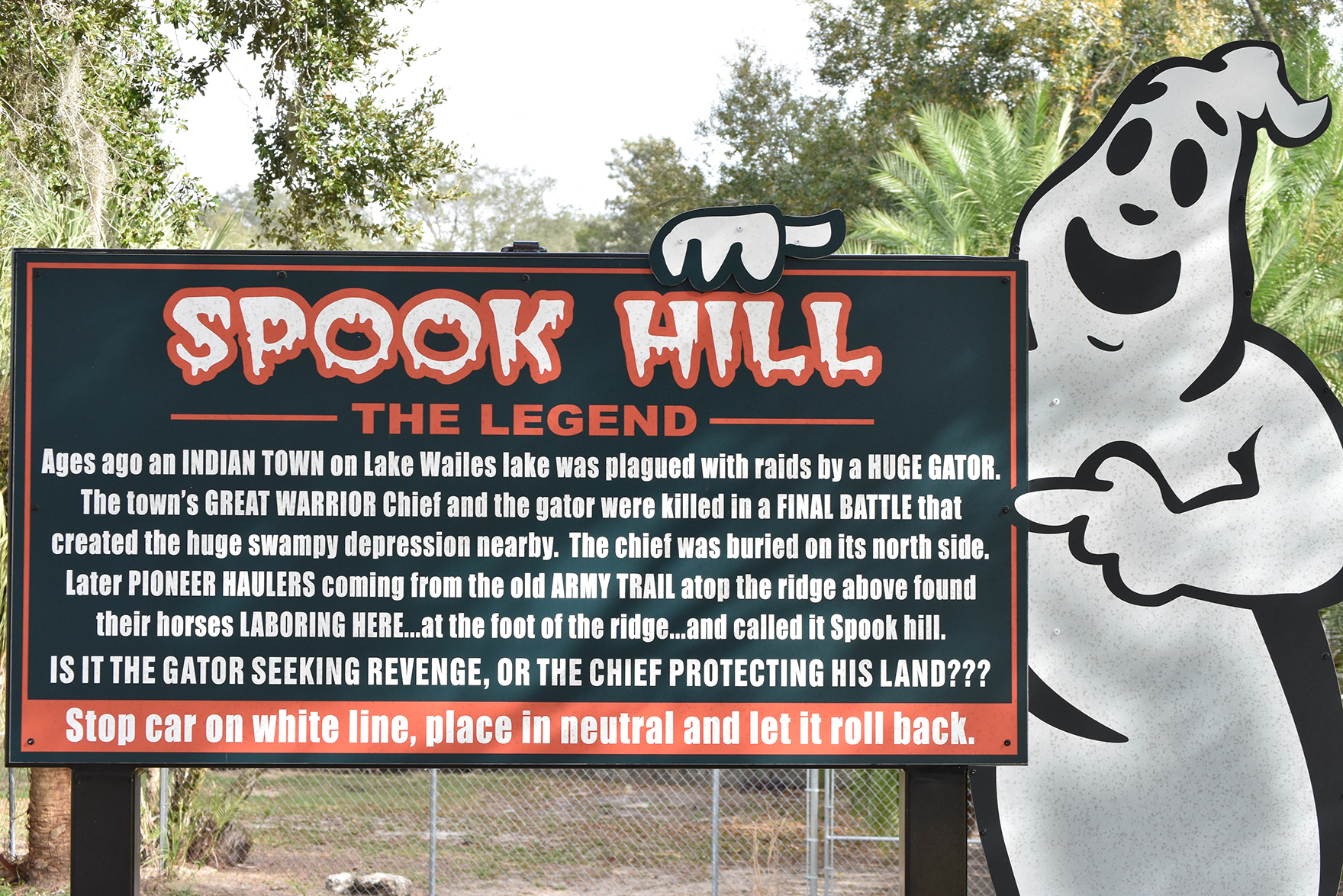 Tucked away along the Lake Wales Ridge, just minutes from its world-famous neighbor Bok Tower Gardens, is a place where your car may mysteriously roll uphill. According to legend, Spook Hill was formed after a titanic final battle between a giant alligator and a Native American chieftain on the shores of Lake Wales. As the area developed, riders on horseback would notice their steeds laboring along what appeared to be a downhill portion of the old trail. With the advent of the automobile, residents found that their cars defied gravity and seemed to roll uphill by themselves. Could it be the ancient ghost of the chief, or perhaps the alligator seeking revenge?

A favorite of both locals and tourists for generations, Spook Hills is part of a phenomenon known as mystery hills or gravity hills. Various similar sites are located around the world, however, Spook Hill is the only one of its kind in Florida. And after you are done rolling uphill, locals know to stick around and watch the reaction of others – that’s at least half the fun. One of the most interactive mysteries of Polk County. 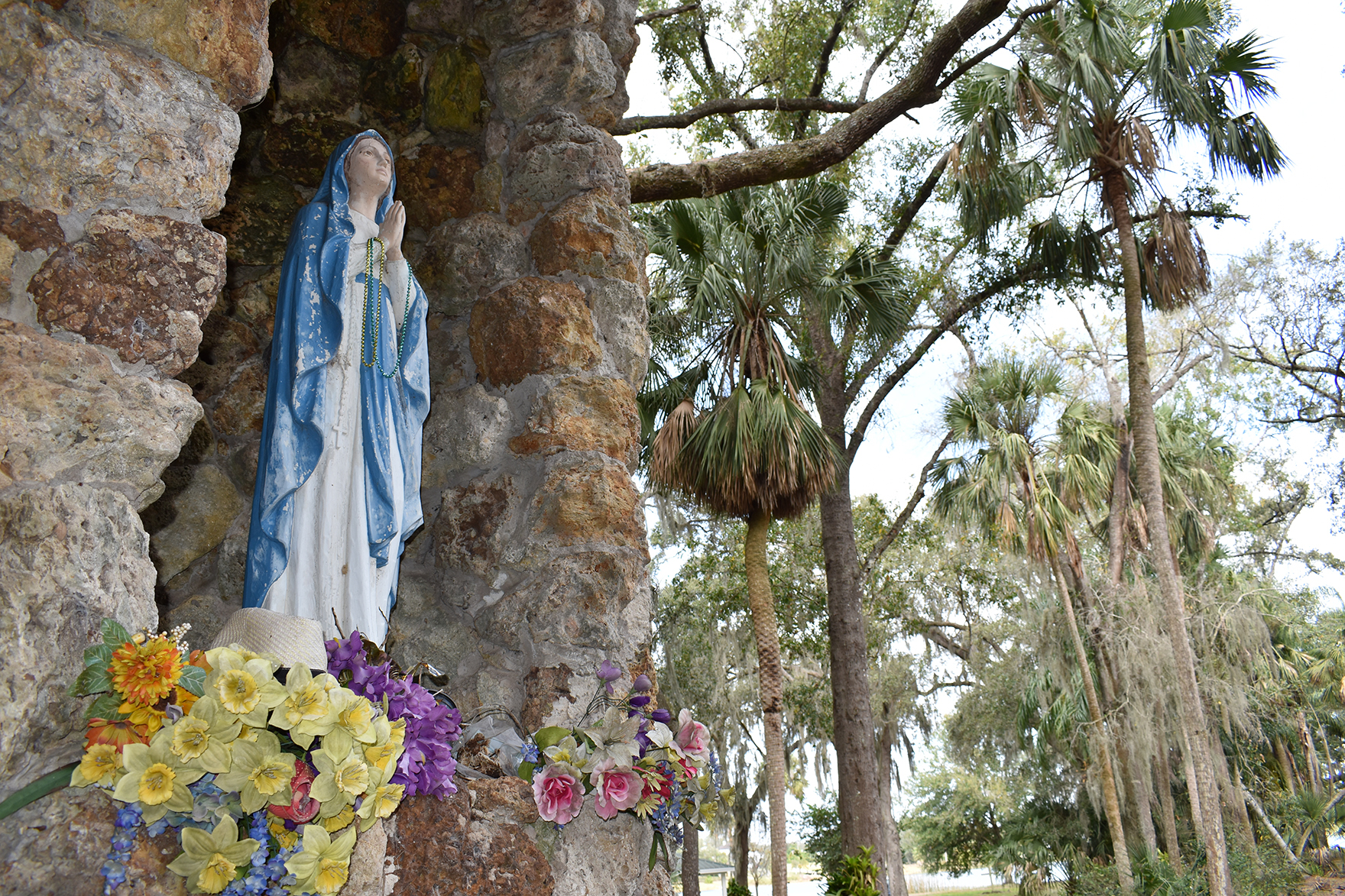 Just around the corner is a one-of-a-kind Central Florida religious site. Built circa 1920 on the shores of Lake Saint Anne by wintering French-speaking Canadian Catholics, today, ruins are all that remain of the Shrine of St. Anne des Lacs, composed of rarely used native Florida rock.

Famed French artist Francis Marsollier visited the site and, after a dip in Lake Anne apparently cleansed his son of tuberculosis, dedicated years to the church. Not only did he paint murals within the chapel, but he also chiseled elaborate statues for the church and on the grounds.
As word of the miracle spread, the crowds gathered. Pilgrimages to Lake Wales began in 1928. Soon, thousands flocked to swim in the healing waters and visit the church. However, World War II meant fewer Canadians visiting and the beginning of the end. By the 1960s the church was barely visited. The Diocese of St. Augustine de-sanctified the shrine, and most of it was removed to prevent vandalism.

Today, not much more than a few sections remain. A grotto-like area still stands, as well as a rock bridge leading up to it and a fountain nearby. The rock work, as well as the tiles that made up the floors, remain. Not far away are other stone-built remains, including a wall and possible altar.

Grave of the Oldest Living American 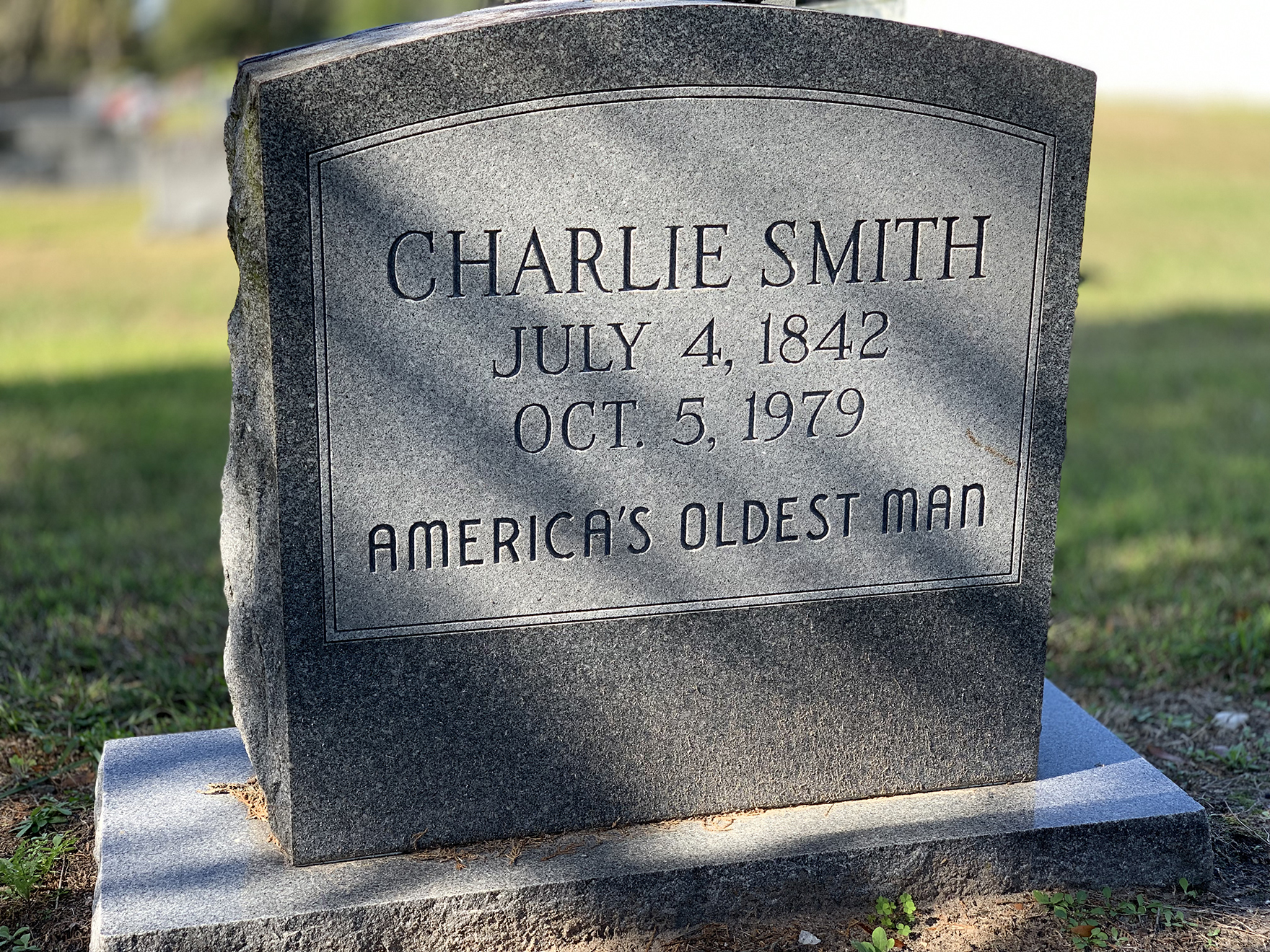 In 1980, the eyes of the world turned to Bartow, the county seat of Polk County, upon the passing of Charlie Smith, who, at the young age of 137, was one of the city’s most famous residents. His death was noted in the New York Times, Time and Newsweek magazines, The Washington Post as well as in international publications.

For decades, Smith had been billed as the oldest living American. He often regaled writers with his stories. He said he was born in Liberia, Africa, and was lured into a slave ship before being sold into slavery on the streets of New Orleans to Captain Smith, who may or may not have been a Texas farmer. According to Smith, it was nine years later, on his 21st birthday, when the Emancipation Proclamation was signed. He then joined the Union Army, went out West to work as a ranch hand, chased Billy the Kid as a bounty hunter, and even ran off with the circus.

Or so he claimed. Interviews with Smith, recorded in the years before his death by numerous journalists, abound on the Internet. Apparently lost to history is a PBS television show about his being lured onto the ship called “Charlie Smith and the Fritter Tree.” It was even shown on the Disney Channel.

Three years after he passed, the city of Bartow purchased a tombstone for their unlikeliest of celebrities in Wildwood Cemetery, row 28. If you stop by, it is the second headstone from the wall and near a large tree. Definitely one of the more  famous mysteries of Polk County. 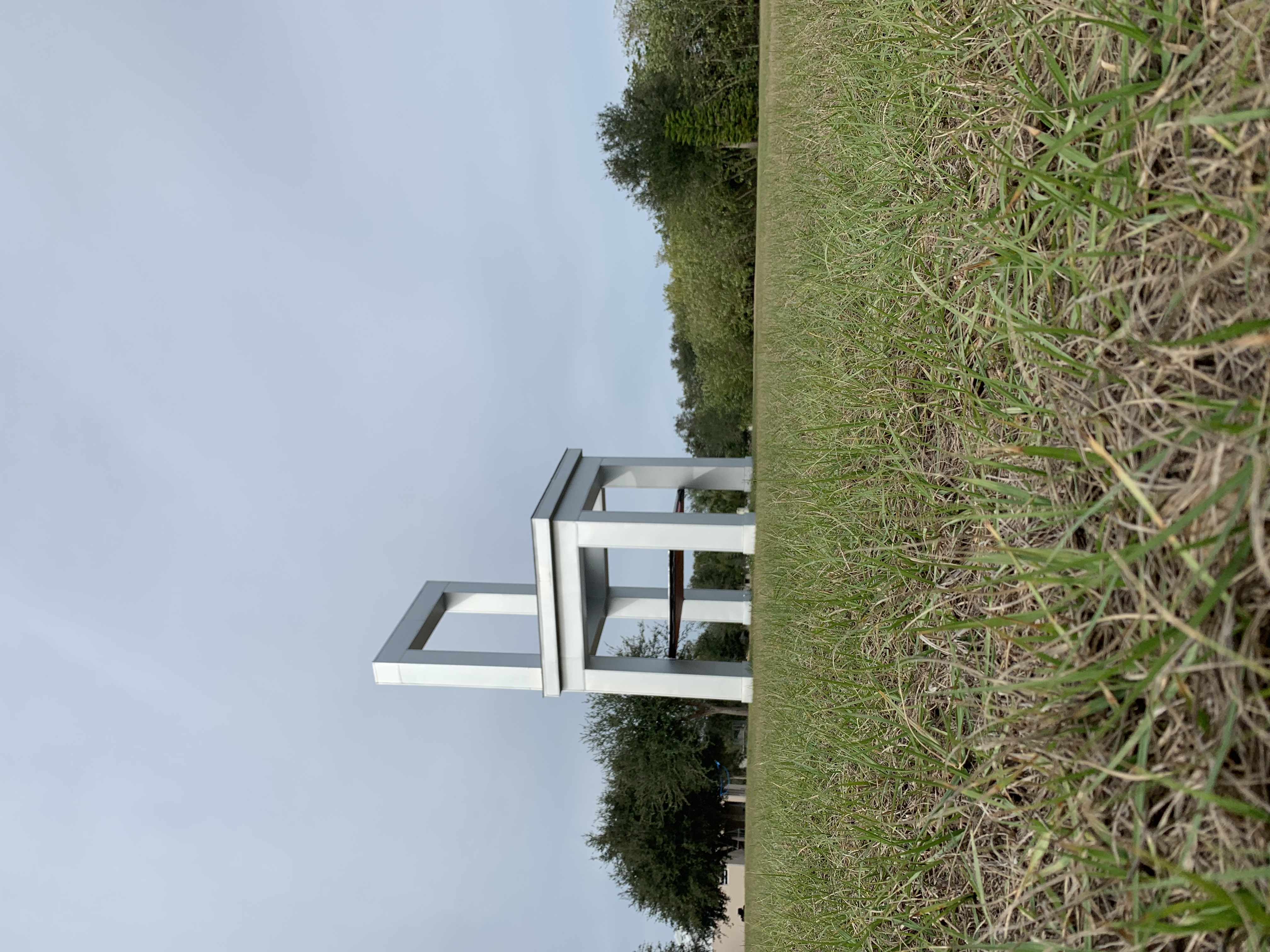 Rising above the homes that surround it is a gateway to the Philadelphia Museum of Art. Or a giant potty chair.
Is it art? That is in the eye of the beholder.

Either way, it is the brainchild of modern artist Steven Chayt. It was built in the backyard of his home along Old Thornhill Road in Winter Haven, the 24-foot-high sculpture, dubbed the “HOHO Chair,” pays homage to fellow artist Marcel Duchamp. In fact, the coordinates on the bottom of the chair, along with the words, “Put Your Trust There,” as well as the chair itself all point to Duchamp’s permanent installation at the Philadelphia Museum of Art. Underneath the opening in the chair is a picture of a clown with an opening where the mouth would be – or the opening of a wormhole.

A visit to the artist’s website, you will see he even created a short movie to show what traveling via the wormhole would be like. If you do stop by the chair, realize that the art installation is in the artist’s backyard in a residential neighborhood – so please be respectful.