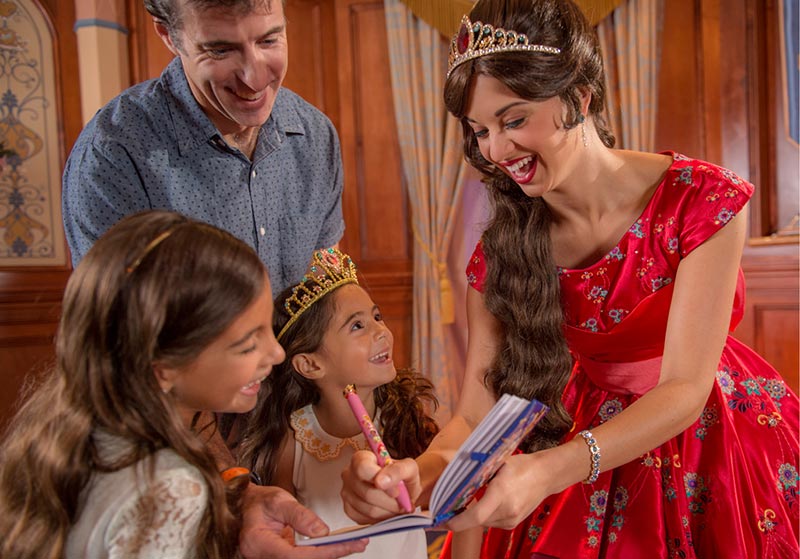 Disney Update – By royal proclamation we have heard some exciting news for fans of the newest member of Disney royalty, Princess Elena of Avalor.

Beginning November 24,  the first Disney princess inspired by diverse Latin cultures will begin to greet visitors alongside other royal friends at Princess Fairytale Hall at Magic Kingdom Park. At Princess Fairytale Hall, lucky guests can choose between a meeting with Elena and Cinderella or a visit with Rapunzel and Tiana. FastPass+ reservations for dates that include Elena appearances are now available.

Princess Elena of Avalor first made her grand debut at Disney’s Magic Kingdom Park back in August, with old hand Cinderella officially welcoming her to the kingdom in “The Princess Elena Royal Welcome” show. Good news for fans of the princess, you can continue to experience this show throughout the fall.