Orlando Attractions Update – One of Orlando’s worst-kept secrets was confirmed this week, when Comcast Corp. executives said what theme-park watchers have been speculating for months: A new King Kong attraction will open at Universal Orlando. 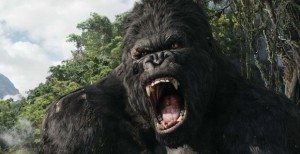 The Kong attraction appears to be currently under construction at Universal’s Islands of Adventure, from Toon Lagoon to the Jurassic Park River Adventure. Universal has not confirmed that is what the project is.

The attraction only got a brief mention during a call with analysts to discuss fourth-quarter earnings.

Chief Financial Officer Michael Angelakis told analysts “we continue to invest in attractions including Harry Potter and the Fast and Furious attractions in Hollywood and a King Kong attraction in Orlando….We are transforming our parks into must-see destinations and are very enthusiastic about their potential.”

No other details were available. “It’s true that something big is headed our way, but everyone will have to stay tuned for details,” Universal Orlando spokesman Tom Schroder said in an email.

A ride based on the giant ape called Kongfrontation was one of the original rides at Universal Studios Florida, but that closed in 2002 to make way for Revenge of the Mummy.

Last year Universal Studios signed a deal with Legendary Pictures, which in 2017 will release a movie based on King Kong’s home, Skull Island.