Madame Tussauds Orlando’s action-packed Justice League: A Call for Heroes experience is growing at LIGHTING speed with the addition of, not one, but TWO new DC Super Heroes. 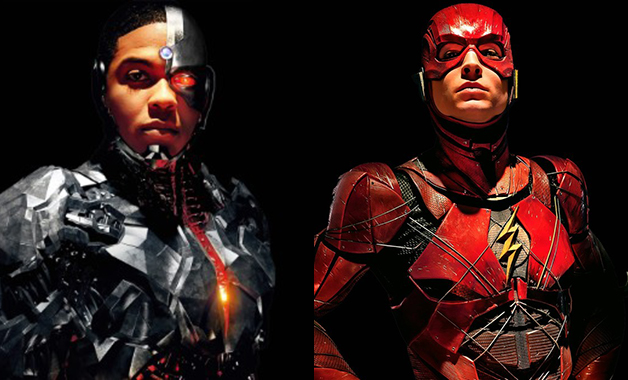 On April 12, the all-star cast from the blockbuster film Justice League will finally be reunited with the debut of Madame Tussauds latest wax masterpieces: Ezra Miller as The Flash and Ray Fisher as Cyborg. Designed in collaboration with Warner Bros. Consumer Products and DC, each figure has been recreated to identically mirror the DC Super Heroes’ appearance and costumes from the film, including authentic replica props, and each figure will also have its own thrilling mission for guests to complete inside the exclusive experience at Madame Tussauds Orlando.

Half-man, half-robot, Cyborg’s wax figure portrayal will be equally dynamic and interactive with his bionic pose!  In the experience, guest must locate a hidden code and transmit it to Cyborg through a nearby keypad. Cyborg will then harness the power of technology to project a hologram revealing the location of the device Lex Luthor has used to wreak havoc on the city.

Racing to join forces with Madame Tussauds’ EPIC lineup of DC Super Heroes, The Flash will fight crime in an alleyway that features original artwork from the Justice League film. Positioned in his iconic running pose, guests will race alongside The Flash and see if they have what it takes to be a Super Hero at lightning speed! As they run in place a speedometer shows your speed as you run alongside The Flash.

“We are ecstatic that the Justice League: A Call for Heroes experience now unites the ENTIRE DC Super Hero cast!” said Madame Tussauds Orlando General Manager James Paulding. “With the two new heroes, guests will become totally immersed in the epic saga as they race alongside The Flash, harness Cyborg’s power of technology and join the rest of the Justice League to save the world.”

Justice League: A Call for Heroes debuted exclusively inside Madame Tussauds Orlando and Sydney last year and continues to offer an unrivaled experience for fans of the iconic DC Super Heroes.  Part of a seismic shift within the Madame Tussauds brand, the experience features special effects that include a series of hands-on, interactive missions and a larger-than-life-set where fans can become the stars of their favorite stories. The attraction also marked the first-time-ever that super fans could get up close and personal with some of their favorite DC Super Heroes including Jason Momoa’s Aquaman, Gal Gadot’s Wonder Woman, Henry Cavill’s Superman and Ben Affleck’s Batman, as they fight to save the world from Lex Luthor’s evil corporation, LexCorp.