Disney Update –  A ridiculously cute baby elephant by the name of Stella was recently born at Disney’s Animal Kingdom theme park, Walt Disney World has announced on Wednesday. The newborn pachyderm will live with the rest of the herd on the ‘Savanna’ grasslands of Kilimanjaro Safaris. 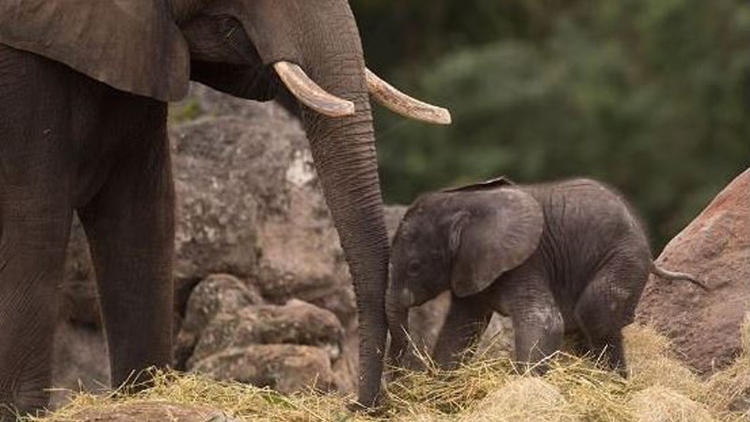 This  jumbo addition to Animal Kingdom brings the African elephant count to 10: three males and seven females. Stella’s mother is Donna, a 28-year-old elephant who also birthed Animal Kingdom residents Nadirah in 2005, and Luna in 2010. Disney says that Donna became pregnant through “natural breeding” in January 2015 and that elephants have one of the longest gestation periods in the animal world.

According to the official Disney Parks Blog, Disney’s scientists study the behavior and vocalizations of elephants. It works on the Elephants and Bees project to help fund the installation of beehive fences around farms in Kenya. (Elephants avoid African honey bees, keeping them safe from human conflict.)