Gentlemen start your engines! Since 1929 when Major Henry Segrave set his final land speed record on the white sandy beaches of the “World’s Most Famous Beach,” the Daytona Beach area has become synonymous with the high-octane sport of NASCAR motor racing. The highlight of the racing calendar is the world-famous Daytona 500 – this year the race is scheduled for February 20th. 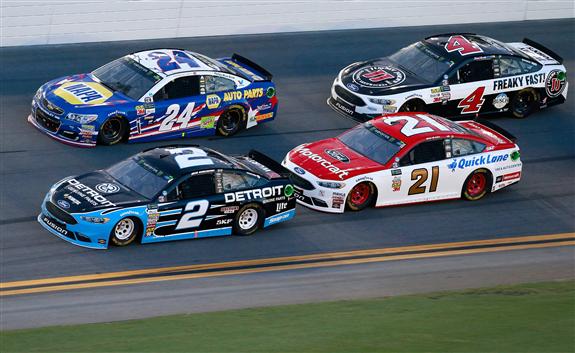 History Of The Daytona 500

The Daytona 500 is a 500-mile-long (805 km) Monster Energy NASCAR Cup Series motor race held annually at Daytona International Speedway in Daytona Beach, Florida. It is the first of two Cup races held every year at Daytona, the second being the Coke Zero 400. It is one of the four restrictor-plate races on the Cup schedule. The inaugural Daytona 500 was held in 1959 coinciding with the opening of the speedway and since 1982, it has been the season-opening race of the Cup series.

The Daytona 500 is regarded as the most important and prestigious race on the NASCAR calendar, carrying by far the largest purse. Championship points awarded are equal to that of any other Monster Energy NASCAR Cup Series race. It is also the series’ first race of the year; this phenomenon is virtually unique in sports, which tend to have championships or other major events at the end of the season rather than the start. Since 1995, U.S. television ratings for the race have been the highest for any auto race of the year, surpassing the traditional leader, the Indianapolis 500 which in turn greatly surpasses the Daytona 500 in in-track attendance and international viewing. The 2006 Daytona 500 attracted the sixth largest average live global TV audience of any sporting event that year with 20 million viewers.

The winner is presented with the Harley J. Earl Trophy in Victory Lane, and the winning car is displayed in race-winning condition for one year at Daytona 500 Experience, a museum, and gallery adjacent to Daytona International Speedway.