Now through November 1, 2021, Planet Hollywood, Disney Springs has Halloween movie memorabilia on display that will delight movie fans of all ages. From family classics such as “Hocus Pocus” and “The Addams Family” to cult adult favorites like “Halloween H20: 20 Years Later,” Haunted Hollywood is officially here at Planet Hollywood Disney Springs! 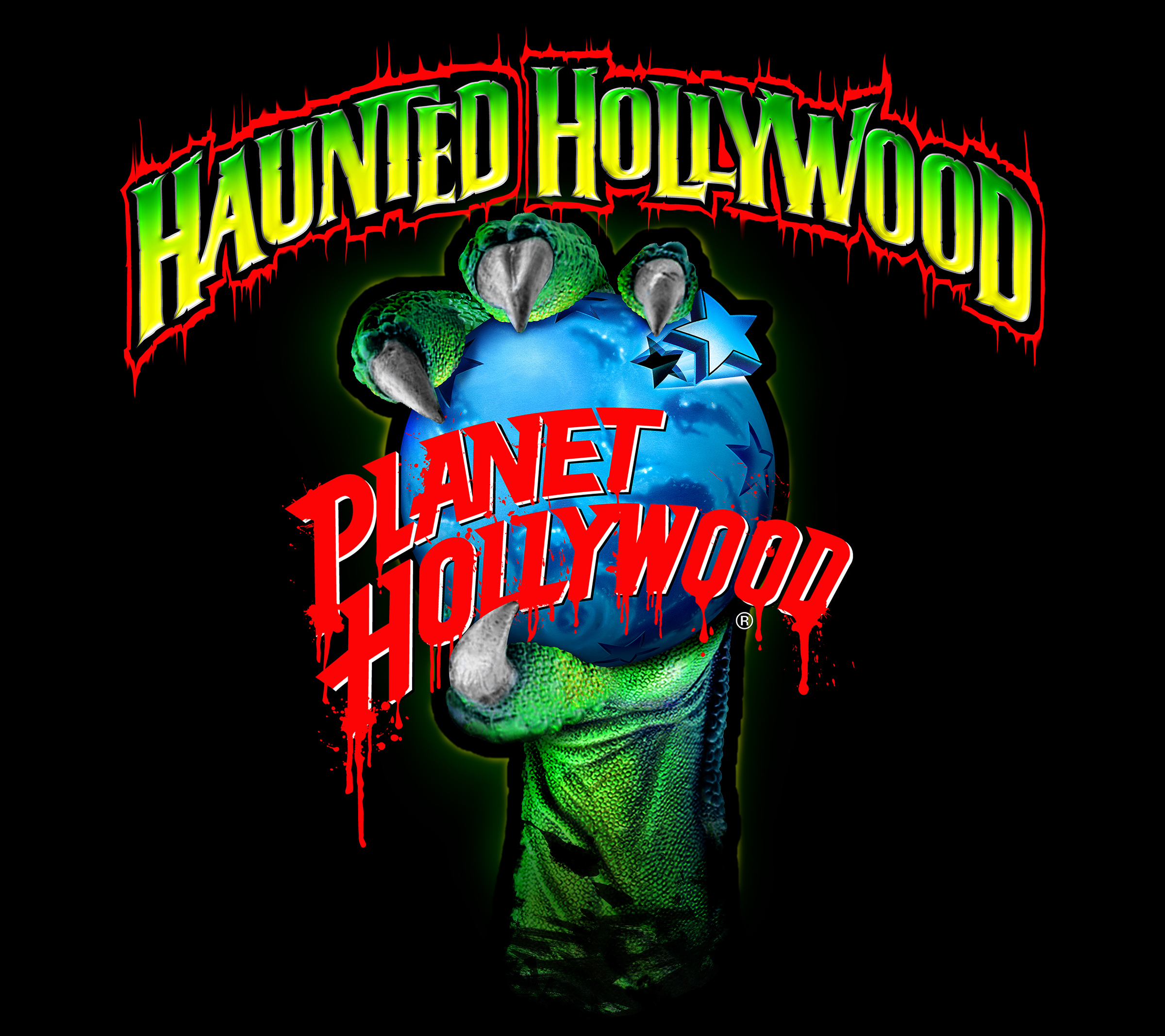 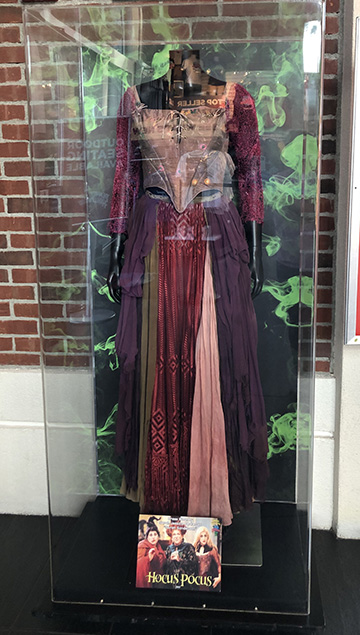 Guests’ first glimpse into Planet Hollywood’s Halloween collection comes as they enter the front lobby of the restaurant. There they will find Sarah Sanderson’s (played by Sarah Jessica Parker) dress from the Disney classic “Hocus Pocus.” This dress was worn for the flying scenes. There are slits in the sides of the pantaloons and skirt where the harness rigging went through the costume and connected to the mechanisms above. In a 2018 interview on “The Late Show with Stephen Colbert,” Sarah Jessica Parker talked about how much she enjoyed filming the flying scenes. According to Parker, “They’d call ‘cut’ and they’d go to lunch or maybe they’d change the lens, and I’d just stay up there… I could fit an entire New York Times up the back of the corset. And I found that the harness was comfortable, so I would just sit up there and read the Times while people took their breaks or changed the camera and sometimes went to lunch.” 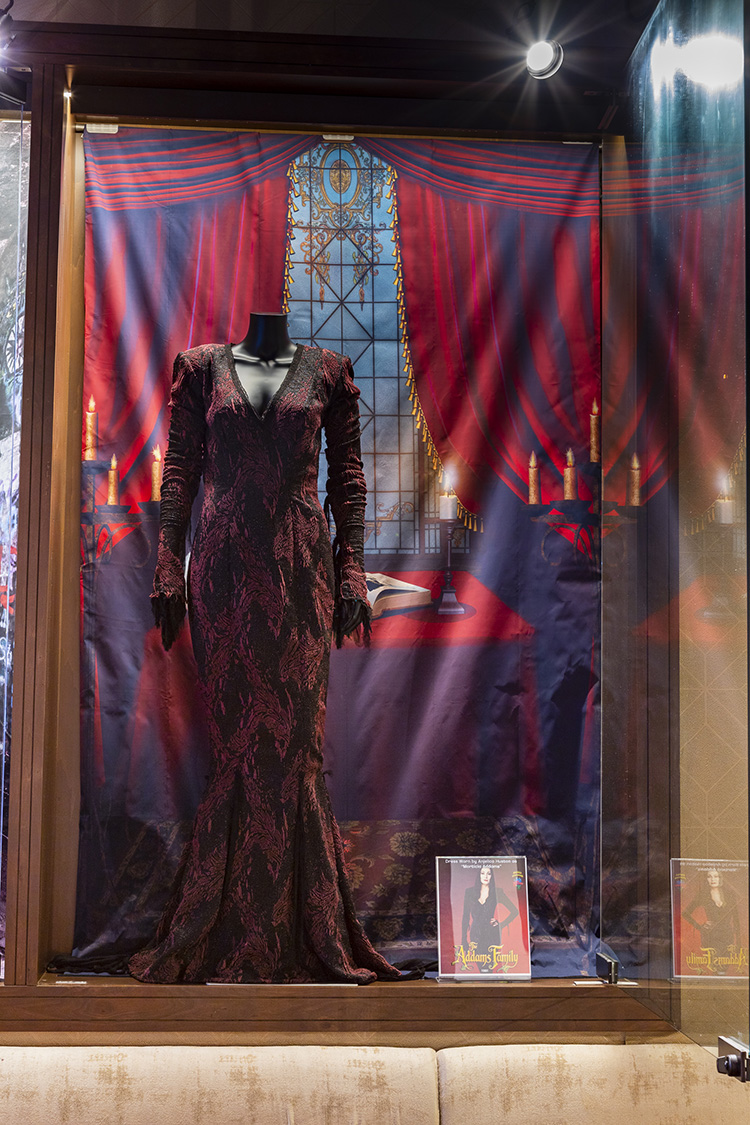 The Addams Family was created by cartoonist Charles Addams. The cartoon family originally appeared in “The New Yorker” in 1938, although they didn’t get their iconic names until the television series premiered in 1964. Morticia Addams is the family’s matriarch and is described as having an even temperament, witty, and sometimes deadly. After several television series, the family hit the big screen in 1991 with Anjelica Huston playing the aloof Morticia. Costume Designer Ruth Myers created over 20 dresses for Morticia. Myers viewed the Addams family as high class and decided that Morticia “…would have a day dress, a dress for the afternoon and a dress for dinner…” Most of the dresses were handmade from vintage fabrics (to keep the Morticia from looking too modern). Planet Hollywood Disney Springs is excited to showcase one of these beautiful and iconic dresses during the Halloween season. 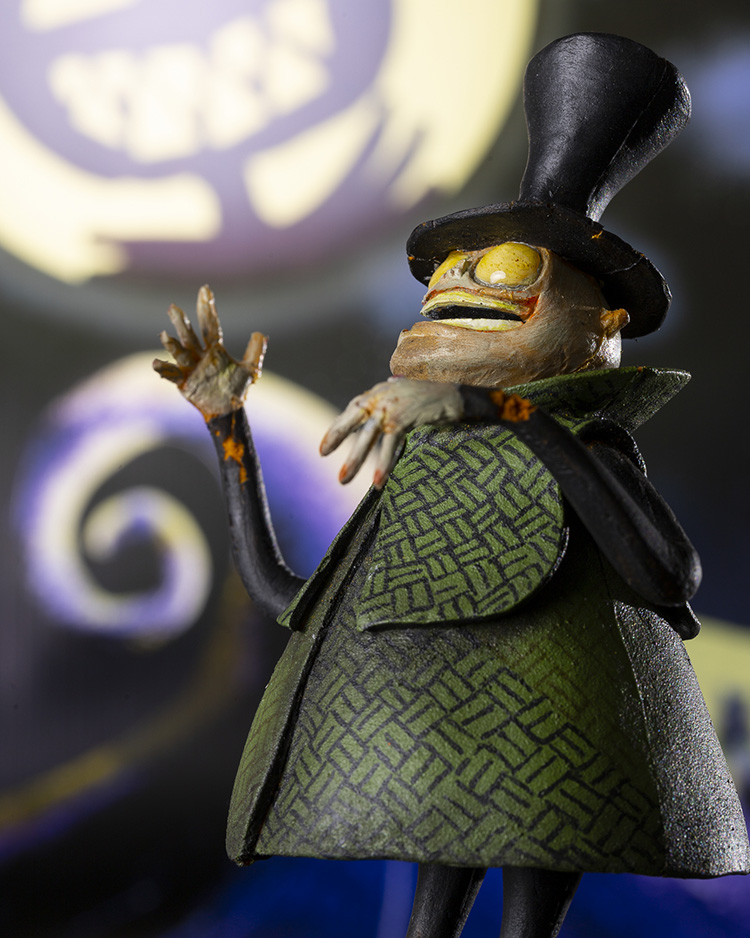 Mr. Hyde is a resident of Halloween Town in Tim Burton’s “The Nightmare Before Christmas.” He is one of more than 227 characters that were created for the film. Although he plays a minor role, he does have some memorable appearances. It is Mr. Hyde who asks Jack Skellington if there is a rotten foot in the stocking that Jack brought back from Christmas Town. The Mr. Hyde puppet that is currently on display at Planet Hollywood Disney Springs is a pre-production piece and varies slightly from the final version seen on screen. 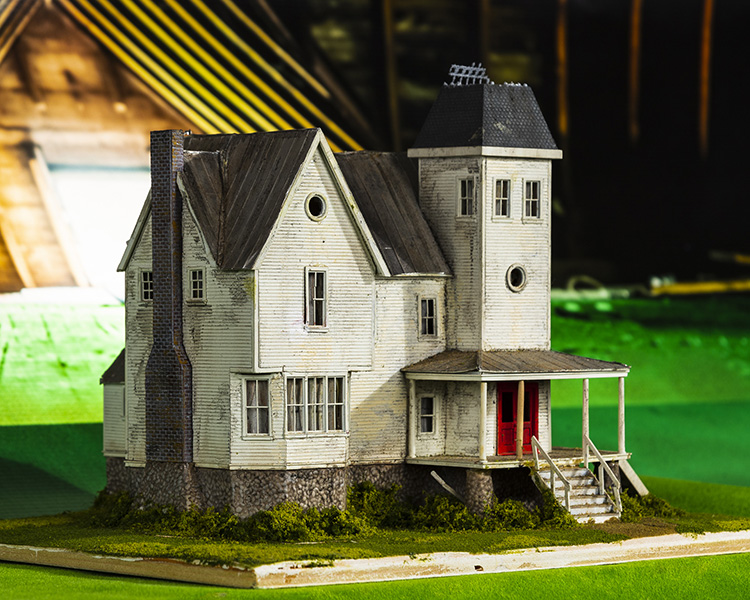 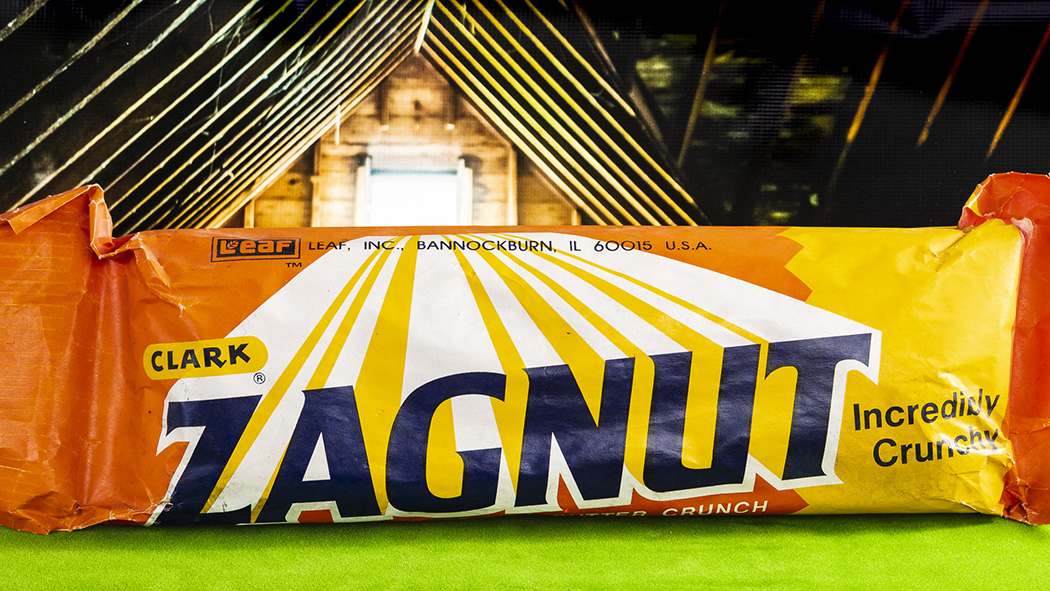 Tim Burton’s 1988 masterpiece, “Beetlejuice,” is one of the most popular films shown during the Halloween season. Burton wanted to make the film appear cheap and fake, and only allotted $1million for special effects. The miniature model of the Maitland/Deetz House is the centerpiece of Adam and Barbara’s miniature town diorama along with the Zagnut bar used by Beetlejuice to lure the fly in the graveyard are currently on display at Haunted Hollywood at Planet Hollywood Disney Springs.

Based on the Famous Book Series 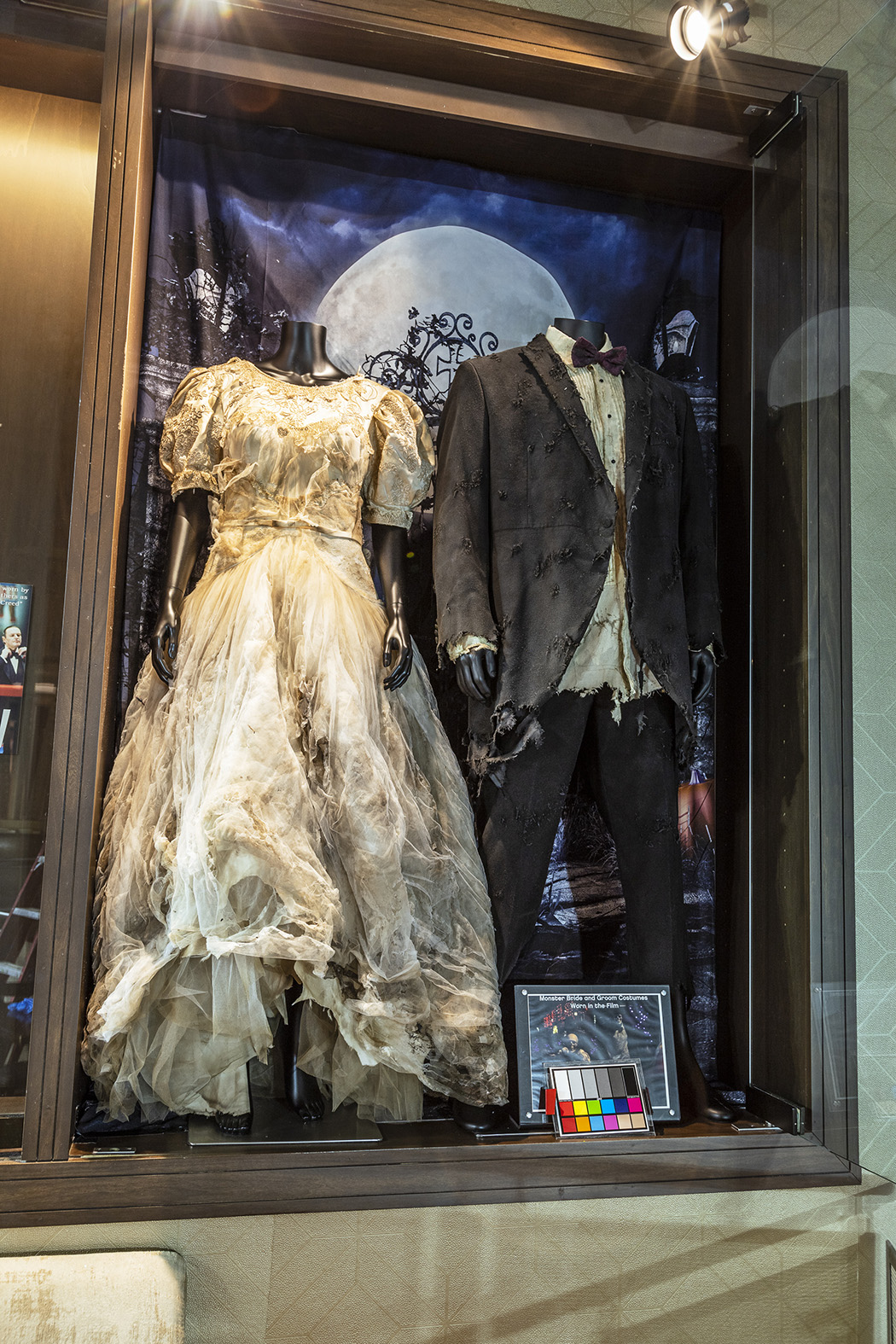 “Goosebumps 2: Haunted Halloween” was released on October 12, 2018, as the follow-up to the original “Goosebumps” film. The movies are based on the extremely popular book series of the same name by R. L. Stein. The monster bride and groom are just 2 of the scary beings that are brought to life in the film after two young boys accidentally open an unpublished “Goosebumps” manuscript called “Haunted Halloween.”

So get your spooky season started right with Haunted Hollywood at Planet Hollywood Disney Springs.