Gatorland®, the Alligator Capital of the World, celebrating its 70th Anniversary this year, has opened the largest breeding facility for white alligators in the world! Three huge natural exhibits with filtered sunlight feature two male leucistic alligators (Feros Zombi and Trezos Je), one male albino alligator (Pearl) and two female albino alligators (Moonshine and Cottontail). Today, Gatorland’s leucistic and albino alligators were released into the brand-new White Gator Swamp, designed to meet the delicate needs of white alligators. Because of their white coloration, white gators are extremely sensitive to direct sunlight, and the new white gator swamp is designed to provide them with safe, filtered sunlight in natural exhibits with birds, fish, turtles, and frogs. By placing Feros, Trezos, and Pearl with female alligators that carry the same genes that create leucism and albinism, Gatorland’s White Gator Swamp is now the largest breeding facility for white alligators in the world. 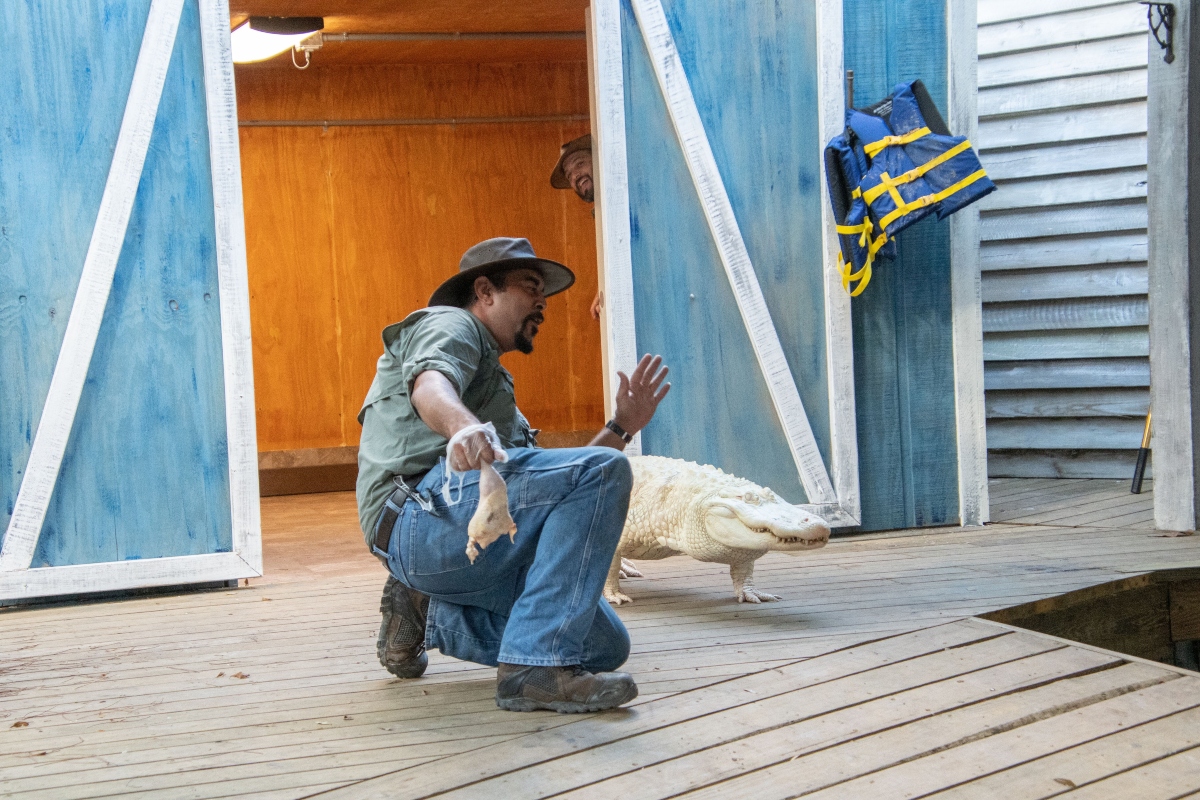 The Audubon Zoo in New Orleans, La. donated Feros, Trezos and Jewan Kwok (now at Gator Spot at Fun Spot) to Gatorland in 2008. They had been discovered in 1987 by a Cajun fisherman in Houma, La. and retained by the Louisiana Land and Exploration Company. The male leucistic gators had bred with normal colored alligators at the zoo, and two of the females from that group of offspring were also donated to Gatorland. Presumably, they carry the very rare, leucistic gene. Gatorland has raised Pearl, the albino alligator, since 2008. As a baby, Pearl quickly became a media star for the opening of the first white alligator exhibit in 2009. Pearl is now over eight feet long and a social media sensation on Gatorland’s vast networks. 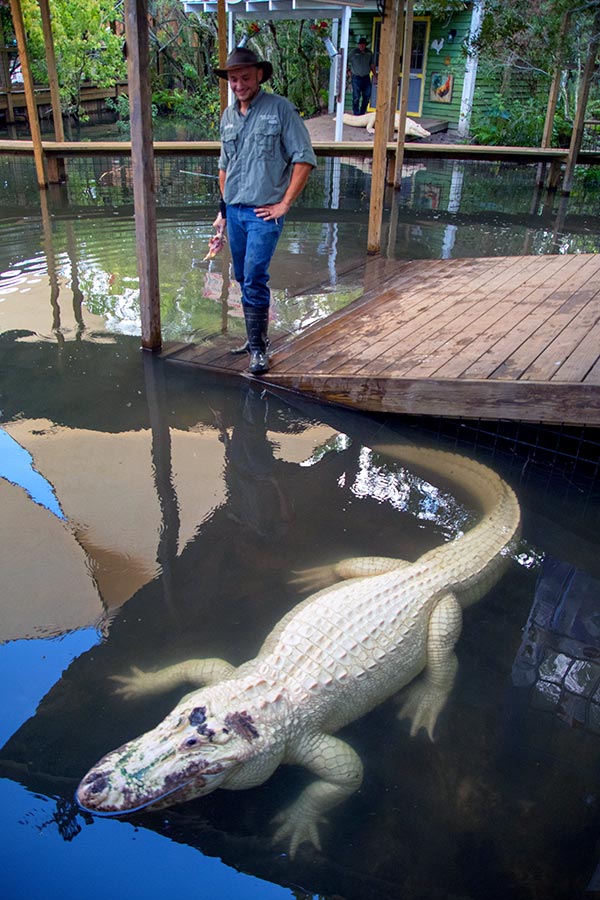