Prepare yourselves for Dark Arts At Hogwarts Castle – a forboding new spectacle of music, lights, and spooky special effects!  Beginning September 14th, visitors to Universal Orlando Resort will be able to experience the latest incarnation of this exciting magical display in The Wizarding World of Harry Potter Hogsmeade.

This new spook filled spectacular will see the iconic ramparts illuminated with sinister images of the darker side of the wizarding world. You’ll be asked to summon your inner strength and bravely face the all-consuming Dark Arts including including a larger than life version of he who shall not be named. 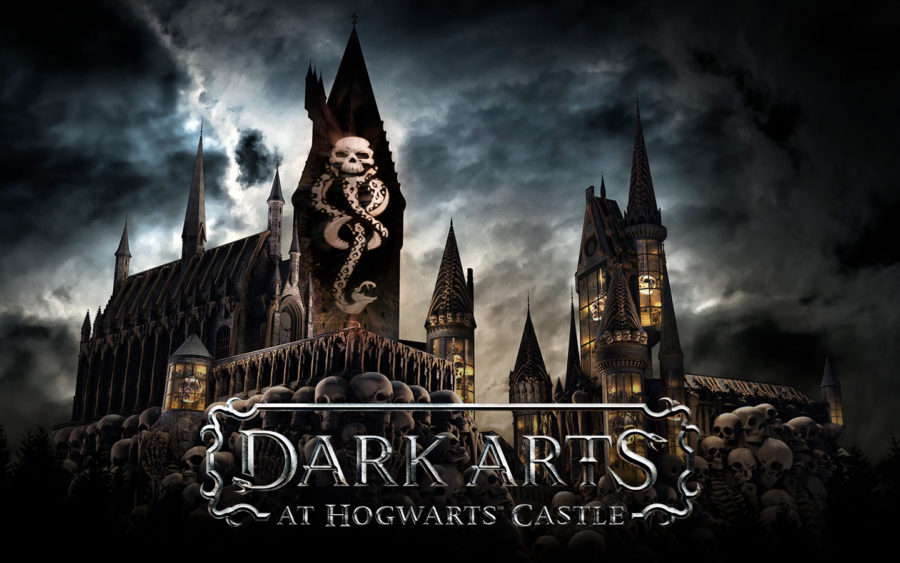 Dark Arts At Hogwarts Castle mens an encounter with Dementors, Death Eaters along with Aragog, Mountain Trolls, Thestrals and more. This loathsome collection of creatures will cloak the castle until the Patronus spell – one of the most famous, difficult and powerful defense of the Dark Arts charms in the Wizarding World – is let loose to vanquish the forces of evil!

And it concludes, weather permitting, with the first use of drones in a night-time show at Universal.

The show will run select nights through November 15, after which the Christmas show will take over in The Wizarding World of Harry Potter – Hogsmeade at Islands of Adventure.

We’re thrilled and exhausted – and it hasn’t even opened yet!