Florida doesn’t really have any seasons, and there’s just Summer and Not Summer, but that is really not true. The Sunshine State actually has dozens of them! OK, they may not be traditional seasons like Spring and Fall, but they are definitely seasons, and you can always tell the time of year by them.

There’s Art Festival season at Walt Disney World’s Epcot park, Mardi Gras season at Universal Orlando, and Manatee season (especially for visits to Crystal River, when Real Florida Adventures‘ Manatee Tours are at their most popular) in the early part of the year.

Then it’s Food Festival season in the spring, with SeaWorld’s Seven Seas Food Festival and the equally tempting Food & Wine Festival at nearby Busch Gardens, as well as Flower & Garden season at Epcot (along with continued Mardi Gras fun at Universal).

Once the summer rolls around, enjoy the Late Night season at all the theme parks, with the likes of Electric Ocean at SeaWorld and Awe-Summer at LEGOLAND Florida, plus the start of the epic Food & Wine season at Epcot.

Late August through to October 31 marks the official Halloween season (at ALL the theme parks), but – and this is where it gets interesting – it’s also Magical Dining Season.

What’s that, you say? You haven’t heard of it? Oh, come now. Magical Dining has been a part of Orlando’s late-summer landscape for 17 years and, while it DID start off as Magical Dining Month, it has quickly developed into its own fully-fledged season, starting in August and running through to early October for fully 39 days of dining deliciousness.

Pioneered by Visit Orlando, it is now one of Florida’s premier restaurant fiestas, a genuine opportunity for the cream to rise to the top, and for visitors to enjoy as much of that cream as they can cram into a week or two.

In short, Magical Dining is a chance to sample more than 100 of the area’s best restaurants at a set price of $40/person, which is an absolute steal in most instances, as many of the featured venues would normally be much more expensive when sampled a la carte.

Each restaurant produces its own three-course prix fixe Magical Dining menu, and diners simply need to let their server know they want to choose from that menu. Drinks and any upgrades are extra, but it still represents excellent value for money, especially at a time when it pays to be price conscious.

Where to Find It

Those clever Visit Orlando folks have been quick to build a valuable online resource for everything to do with their 17-year-old creation, and their website lists both the basics of the program and every single restaurant taking part, including their details, menu, any upgrades, and enhancements, and even if it has outdoor seating.

Check out the full Restaurant List and you can see at a glance where every participating eatery is located, both on a handy map and by area, including the foodie Meccas of Winter Park, Restaurant Row (the portion of Sand Lake Road west of I-4), Walt Disney World, and Downtown. There is even a ‘My Favorites’ list so you can do what the locals do and compile your own hit-list of places to try. 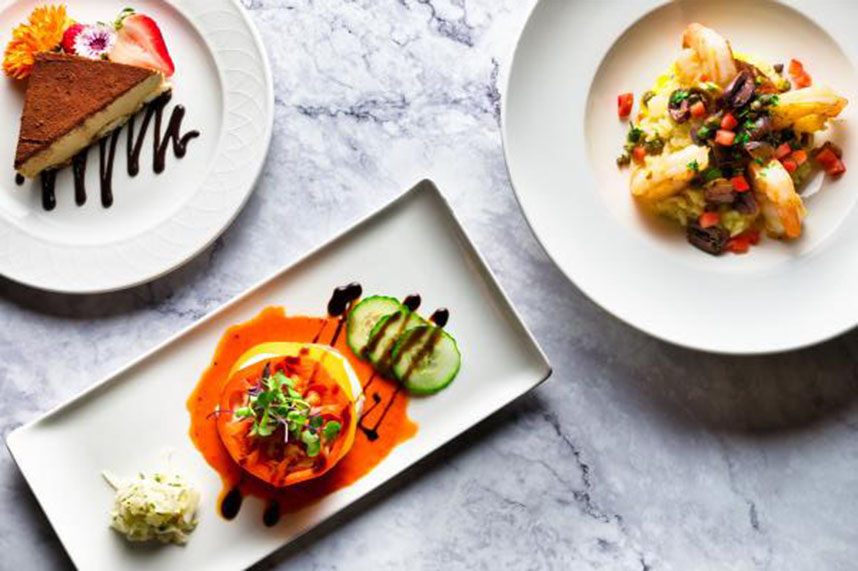 Apart from every diner, you mean? Glad you asked. This is the good part, because Magical Dining has a major philanthropic side to its dining delectation, with $1 from every single meal going to the year’s chosen charity.

This year it is the highly admirable The Able Trust, and specifically its High School High Tech (HSHT) program in Orange County, which aims to provide jobs or postsecondary education leading to in-demand careers for high school students with disabilities. So, while you chow down on memorable meals, you’ll also be contributing to an extremely worthy cause.

Is There a Catch?

Absolutely not. The program does exactly what it says on the tin, providing fabulous fare at one fixed rate, and including some of the very best restaurants in town, among them no fewer than six of Orlando’s new Michelin Guide honorees.

The only thing you might need to worry about is getting into some of the restaurants in question. Magical Dining has become hugely popular with locals – to the extent that we often sit and make lists about the venues, and menu items, we want to sample – and you will definitely need to make advance bookings in most instances.

What You Should Try

It’s tempting to say “Everything!” as this year’s line-up really does feature the crème de la crème of our foodie-centric options, including a variety of celebrity chefs, notably the new Four Flamingos by Richard Blais, Jaleo by Jose Andres, and Todd English’s seafood extravaganza, Bluezoo.

Then there are that Michelin-commended half-dozen, which include the outstanding Winter Park hideaway of The Ravenous Pig and the hot new downtown choice of The Strand. Craving Sushi? That’s definitely on the Magical Dining menu. So are Mediterranean, Portuguese, French, and Spanish cuisines. Sensational seafood? At 28 different venues. Or how about a really good steak? You’ll find no fewer than 23 choices for that fine delicacy.

In addition to the main program, a recent spin-off is the Magical Nights option for a night or two at a complimentary hotel so you can get max value for your foodie fling.

It features offers from top Orlando hotels and resorts, including many that are home to one or more Magical Dining restaurants, and featuring weekend getaways, romance packages, stay-and-dine savings, and more.

PS: Magical Dining is also a great partner with an Orlando Magic basketball game, providing an opportunity to enjoy a pre-game dinner at one of 15 downtown restaurants. If you want ticket-only or Tickets-Plus-Transport, RFA has just the thing for you!

Be sure to ask about the Price Match Guarantee. If you find a lower qualified price for an identical tour on another site, RFA will match it, no questions asked.