The company also released concept art showing how the futuristic terminal will look when you arrive for your immersive Star Wars vacation.

As part of Star Wars: Galactic Starcruiser you’ll travel in a special launch pod up to the Halcyon, which is your spaceship for the voyage to a galaxy far, far away.

You’ll even be able to use the pod’s viewports to track your thrilling voyage up to the massive vessel.

Of course, a visit to the out of this world Black Spire Outpost is included in your ultimate Star Wars vacation, and a special guest transport will get you to the planet of Batuu.

Passengers will remain immersed in the story, as the transports will connect with a spaceport inside the Outpost at Star Wars: Galaxy’s Edge in Disney’s Hollywood Studios. 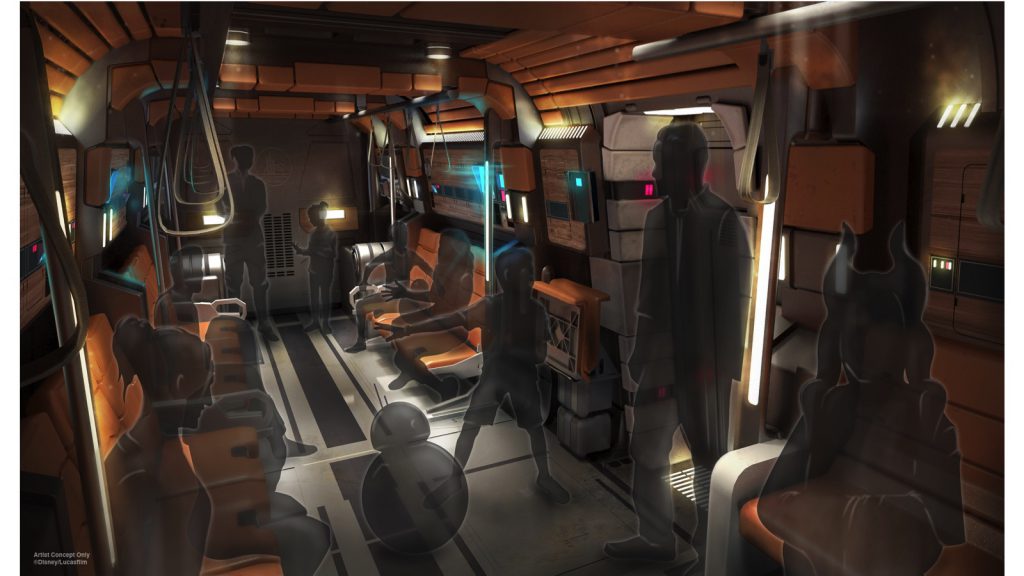