Disney has released new details and visuals on the the planned Disney Skyliner gondola system, that will connect some of its theme parks and hotels at Disney World. The blog did not say when the gondolas will open. 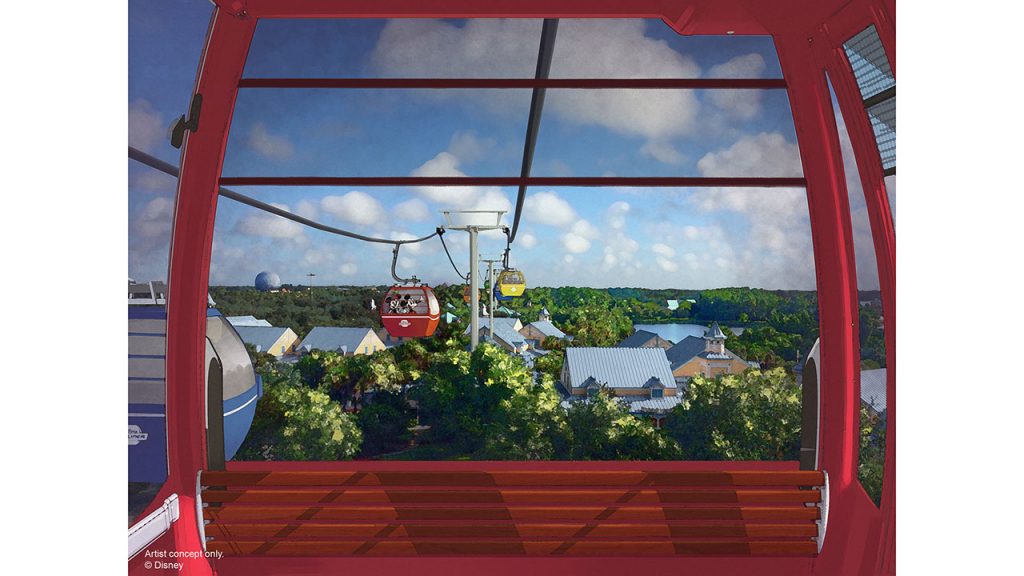 According to the official announcement one station will be at the International Gateway at Epcot. “Guests traveling to Epcot via the Disney Skyliner will be welcomed to the park with a rare birds-eye view of World Showcase,”

Disney’s Caribbean Beach Resort will be the station that serves as hub for the system where guests can transfer.

Hollywood Studios will also have a station. “Passengers traveling here from the Disney’s Caribbean Beach Resort station can expect a new aerial perspective of the park’s iconic attractions, like The Twilight Zone Tower of Terror,” the blog said.

Disney’s Pop Century Resort and Disney’s Art of Animation Resort will share a Skyliner station where “passengers will ascend over Hourglass Lake and enjoy a panoramic view of these two colorful resorts.”

“Select Disney Skyliner cabins will have iconic Disney characters incorporated into their exterior design to give the appearance that a Disney pal is riding along with guests, such as characters from the ‘Fab Five,’ figures from Disney attractions, fan favorites from movies, and more,” the blog also said.

The gondola construction project had been rumored for months although Disney only brought up the project in July at D23, the official Disney fan club, during an event in Anaheim, Calif.