This is a tale of the little engine that couldn’t – not for a few months at least. As preparations continue for the arrival of the much heralded Tron ride at Disney’s Magic Kingdom, the Walt Disney World Railroad and the neighboring Tomorrowland Speedway will be subject to a suspension of service, for a few months as the holiday season approaches. This was announced this week by Disney and is not really a surprise considering the size and scale of the project not to mention the close proximity to the affected areas. 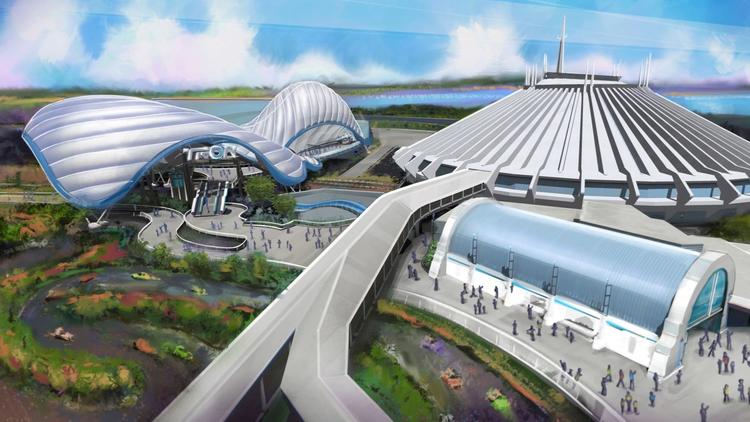 Starting in December 2018, the very popular steam powered railroad train will temporarily cease its complete cycles of the Magic Kingdom to “temporarily take up residence at the Main Street Station,” according to a post on the official Disney Parks Blog. During the closure there will be new photo ops – so in true Disney fashion when one carriage door closes another one opens!

The track for Tomorrowland Speedway will be ‘adjusted’ according to the blog during 2019 and return to action in the summer. Disney stated “it will reopen as the same attraction our guests know and love” – so apparently the adjustment does not involve any significant changes to the track’s length.

The new coaster-style attraction is based on Shanghai Disneyland’s highly regarded Tron Lightcycle Power Run. It is scheduled to be operating “in time for” Disney World’s 50th anniversary in 2021, the company says.

The Tron ride was announced in the same batch with Epcot’s “Guardians of the Galaxy” and “Ratatouille” rides, as well as the Disney Skyliner gondola system. All those projects are under construction.