CMA to the Rescue 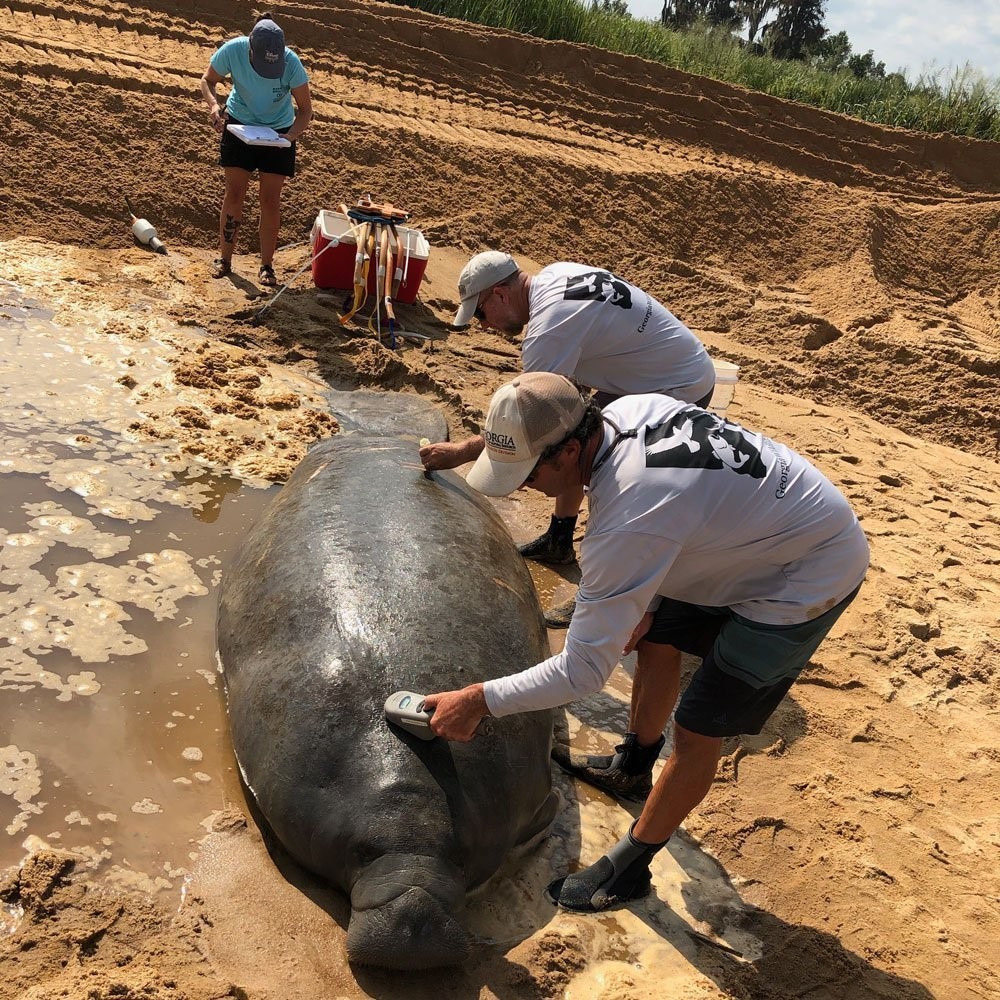 Most recently CMA assisted in the rescue of a large manatee stuck on a Sandy Berm in Savannah. On October 1, 2019, Georgia Department of Natural Resources (GDNR) and Clearwater Marine Aquarium Research Institute responded to a call in Savannah, Georgia, and found an adult female manatee stranded on a sandy berm across Rifle Cut, a man-made channel in the Savannah National Wildlife Refuge.

Manatees once used the man-made waterway to swim between the Middle and Little Back rivers, but the U.S. Army Corps of Engineers (ACE) is currently filling in Rifle Cut to create wetlands and to enhance river flow.

Continental Heavy Civil Corp., the corps’ contractor, found the grounded manatee that morning and called GDNR. The 10-foot-long animal apparently tried to swim from the Little Back River into Rifle Cut during high tide, became stuck and was left high and dry when the tide fell.
Continental’s crew helped keep the manatee wet until responders arrived. In consultation with the U.S. Fish and Wildlife Service, GDNR Wildlife Conservation Section and Clearwater Marine Aquarium Research Institute staff checked the manatee’s health and fitted her with a satellite transmitter that would be used to track the manatee after release.

Clearing a Path for Manatee Release 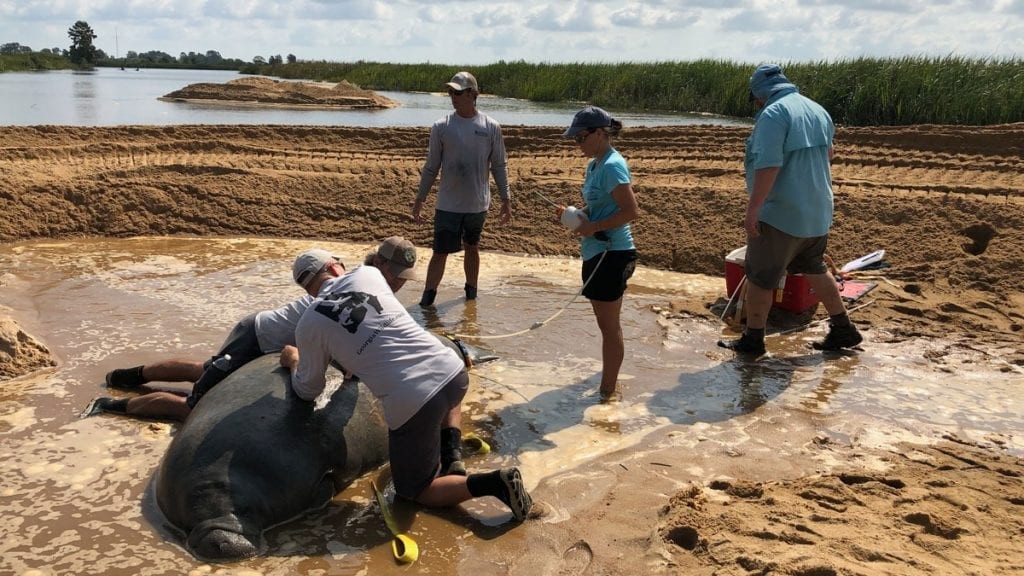 The next challenge was how to get the large manatee across the sandy terrain and back in the water. The answer, in this case, was to bring the water to the manatee. A Continental employee used a bulldozer to clear a path and dig a shallow channel to the river. As water surged in, the manatee was eased onto a stretcher and hauled to deeper water, where she was released unharmed.

Satellite transmissions show that the manatee has been moving up and down the Savannah River in the nearby area. The hope is she begins moving south soon, both to reach warmer water in Florida during the colder winter season and to avoid vessel traffic in Savannah’s busy port.

Join CMA as they begin to celebrate the holiday season kicking off on November 16th for Winter’s Wonderland. Featuring seasonal lights, decorations, holiday-themed animal habitats, Sea of Lights boat tour, and don’t miss the kid’s fun zone in our 3rd-floor classrooms as they educate the little ones on penguins and polar bears. CLICK HERE  for hours and information, or to add on an educational boat tour on Clearwater Bay! CMA is located adjacent to TripAdvisor’s #1 Beach in the United States only 90 miles from Orlando.