Cirque du Soleil, may be closing the curtain on La Nouba for good in Orlando, but they have surprised some industry watchers with their acquisition of Blue Man Group. 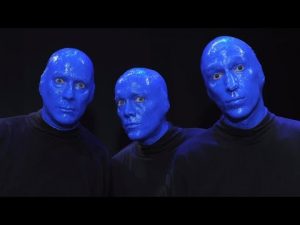 “It’s not about blurring the brands,” said Wink, who with co-founder Phil Stanton will remain creative directors of Blue Man Group.

“We think they can help get our show to new parts of the world that we couldn’t get to on our own … China, South America, eastern Europe,” he said.

The purchase price was not announced, but he said the number was somewhere in the “tens of millions.”

“The real interest for us is to take our big marketing and distribution machine and bring Blue Man Group in a lot of countries where they’ve never been before,” he said.

Cirque du Soleil shows tour in 450 cities, Lamarre said. Blue Man will be fit into that circuit, he said.

“Now when I’m going to China next week, I have this amazing opportunity to bring a new show in my portfolio, which is Blue Man Group,” Lamarre said.

As it has in the past, the CityWalk show could get “a little punch-up” eventually, Wink said, and he expected Cirque to be helpful in those sorts of changes.

“The local crowd, the repeat business, is still very important in Orlando. We’d have a lot of people traveling through, but still, at the end of the day, the locals still play a big part,” he said. “If you can give people the sense that there’s a couple of new pieces in the show, a reason to come back, that’s always a good thing.”