Home » Back To Hogwarts Events Announced

Good news for Harry Potter fans! Universal Orlando is planning back-to-Hogwarts style events on both sides of its Wizarding World of Harry Potter in the month of September. Time to grab your calendar and take notes!

For those who have packed their best HP costumes, on Fridays dressed-up Potterheads will have group wizarding photo meet-ups. Locations will be at Hogwarts Express in Hogsmeade (Islands of Adventure side) at 2 p.m. on Sept. 7, followed by the Triwizard Stage at 12:45 p.m. on Sept. 14.

On the Diagon Alley side at Universal Studios theme park, folks will gather at Carkitt Market Stage at noon on Sept. 21 and at the Knight Bus at 2 p.m. on Sept. 28. 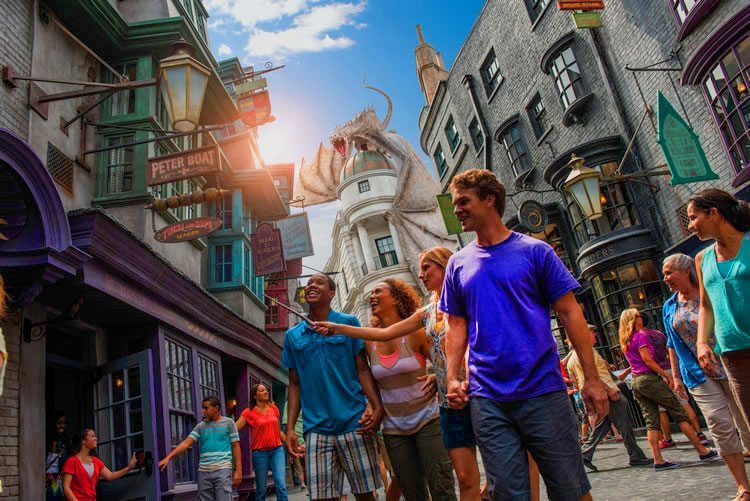 A one-day event is set for Sept. 1 will kick off the Back to Hogwarts promotion. Details for how to attend the limited / first-come, first-served event can be found on the official Universal Orlando blog (blog.universalorlando.com).

Details about the planned month-long photo scavenger hunt through Wizarding World will also be revealed there, Universal says.

The Nighttime Lights at Hogwarts Castle, a projection show, will run on select nights during the month.