Come be inspired and learn about the ongoing work of rescue, rehabilitation and release at Clearwater Marine Aquarium. Our marine life rescue center is home to Marine Life featured, in the Dolphin Tale movies, filmed on location in Clearwater, Florida — just 90 minutes from Orlando. Clearwater Marine Aquarium staff and volunteers work each day to rescue marine life and provide the most advanced and effective care to maximize the opportunity to return sick or injured animals to their homes.

Making Their Way Back Home

In June, CMA was able to release 5 sea turtles all across Florida! Pico De Gallo, Jelly Bean, Enchilada, Lucky 31 & Soldier all went home to the ocean after rehabbing with us. We wish them all the best as they make their way back home!

Pico is a juvenile, Kemp’s ridley from the Cedar Key area who was accidentally caught by a fisherman and ingested a fish hook on May 21, 2022. The fishing line was taped to the carapace (shell) to prevent further ingestion of the hook. The hook was successfully removed orally without the need for surgery by our staff veterinarian!

Pico was able to make a quick recovery and was cleared for release by our veterinarian and Florida Fish and Wildlife Conservation Commission! Pico was released at Cedar Key on June 17, 2022. 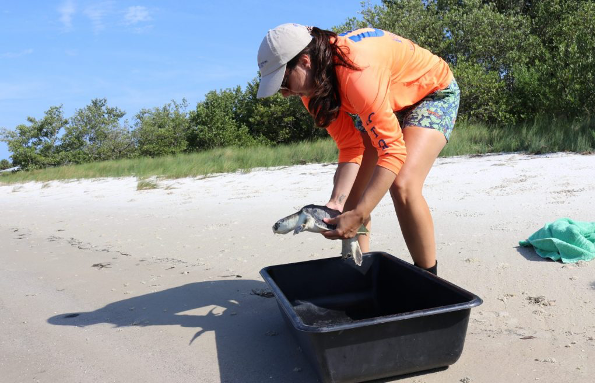 Jelly Bean is a large juvenile, almost a sub-adult, green sea turtle who was found floating near Honeymoon Island on April 17, 2022. It was reported that Jelly Bean had difficulty staying submerged. There is also an old, healed injury to Jelly Bean’s caudal carapace. Diagnostics indicated that Jelly Bean had a lot of gastrointestinal gas which likely caused her buoyancy.

After a period of medications and a healthy diet, Jelly Bean’s buoyancy soon resolved, and she started resting on the bottom consistently, showing no buoyancy issues, and was cleared for release by our veterinarian and Florida Fish and Wildlife Conservation Commission! Jelly Bean was released on June 22, 2022, at Honeymoon Island.Pico de Gallo being released. 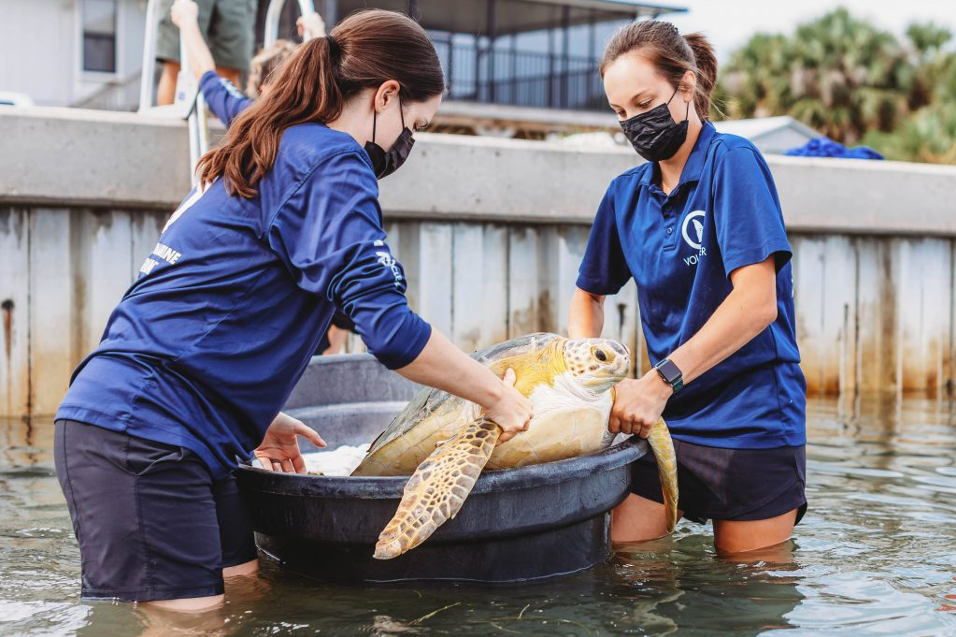 Enchilada, a juvenile, green sea turtle, was found washed ashore in Flagler County on February 28, 2022, and was taken to Whitney Laboratory. Enchilada was transferred to CMA on March 2, 2022, from Volusia County Marine Science Center to provide space for more local strandings. Enchilada was very debilitated at intake examination.

After completing a plan of antibiotics and a healthy diet, Enchilada now looks like a new turtle after spending several months in rehab at CMA and was cleared for release by our veterinarian and Florida Fish and Wildlife Conservation Commission! Enchilada was released on June 23, 2022, on the East Coast of Florida. 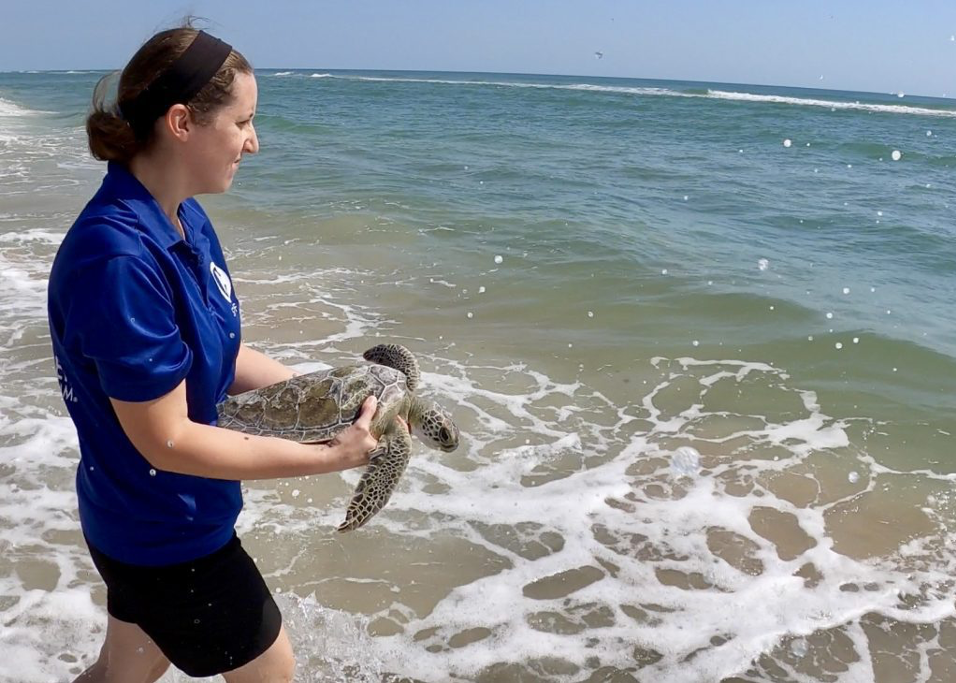 Lucky 31 and Soldier are juvenile, green sea turtles who were transferred to CMA from Brevard Zoo in March to help provide space due to an increase in local strandings.

Lucky 31 was found washed ashore in Brevard County on February 24, 2022. Lucky had fibropapilloma tumors (pap tumors) on both eyes and several tumors on other areas of his body. All of his tumors were successfully removed during Lucky’s rehab at CMA. Lucky’s surgical sites have now healed!

Soldier was found entangled in a fishing line near Daytona on March 2, 2022. While at Brevard Zoo, Soldier successfully had all pap tumors removed. Soldier’s surgical sites have now healed!

Lucky 31 and Soldier are now healthy and have been cleared for release by our veterinarian and Florida Fish and Wildlife Conservation Commission. They were also released on June 23, 2022, on the East Coast of Florida! 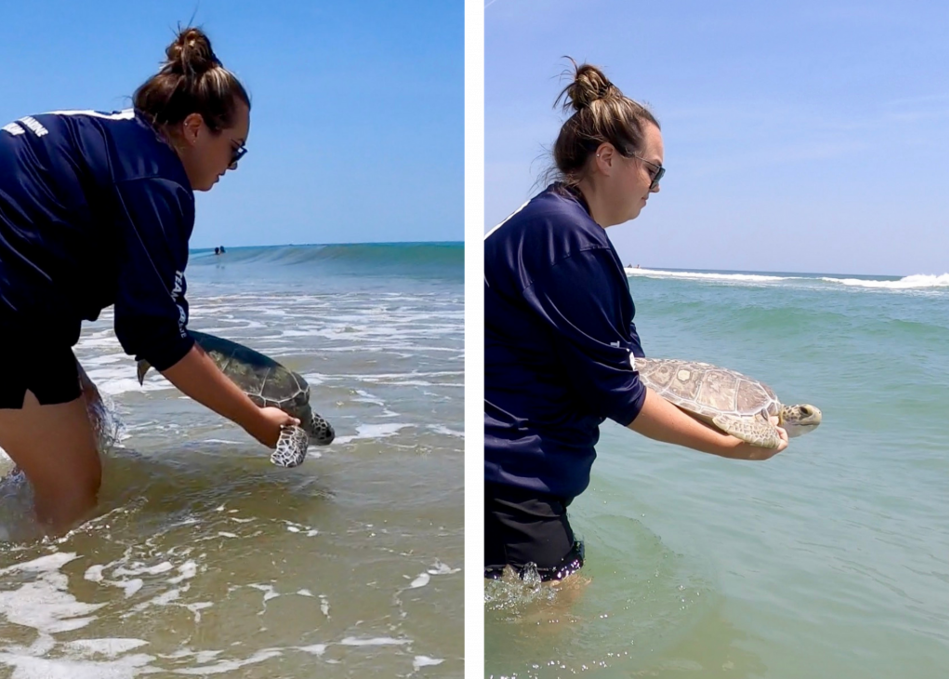 Clearwater Marine Aquarium wishes all these lucky turtles a safe journey home! What a way to kick off the summer with what CMA does best rescue, rehab and release.

It’s the Summer of Peace, Love and Dolphins at Clearwater Marine Aquarium! Families are invited to celebrate the facts, fiction and fun of these enchanting marine mammals. Dolphintopia is a multi-faceted immersive celebration which explores, not only the fascinating science of dolphins, but their intimate connection with humans throughout history. This celebration will include unique dolphin art displays and activities, interactive shows exploring our intangible connection with dolphins and colorful photo opportunities for the whole family. The elements of this saltwater celebration will ebb and flow like the tides, offering return guests different experiences throughout the season.

As the evening begins, Clearwater Marine Aquarium transforms into a summer celebration every Thursday, Friday and Saturday from May 27 through July 30. Enjoy live entertainment, family-friendly activities, festive food, drinks and the sparkling views of the water. Experience a different atmosphere throughout the aquarium and watch as the rescued marine animals interact in new ways. It’s the summer of peace, love and dolphins. Celebrate with us during Summer Glow evening hours at CMA! 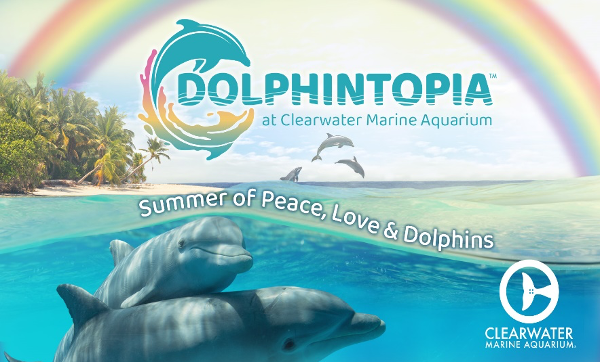 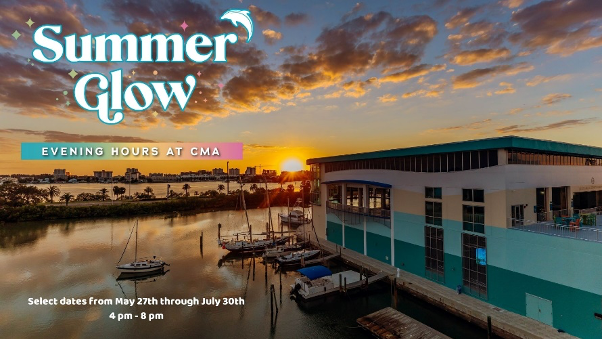