December is a special time of year in Flagler Beach, as those spectacular oceanside sunrises are finally within reach for more than just the early birds. Set the alarm, walk down to the ocean by 7 a.m., and sit on one of the Adirondack Chairs on the Flagler Beach Municipal Pier to see nature put on an unforgettable show each morning. Shorebirds cover the beach, ghost crabs scurry in the sand, and dolphins dart in and out of the sea as the sun emerges over the ocean. Do read on for 5 Oceanfront Breakfast Spots in Palm Coast and the Flagler Beaches.

All that early morning sightseeing is sure to work up an appetite. Here are five places to grab breakfast that have views of the ocean after seeing a sunrise over Flagler Beach. 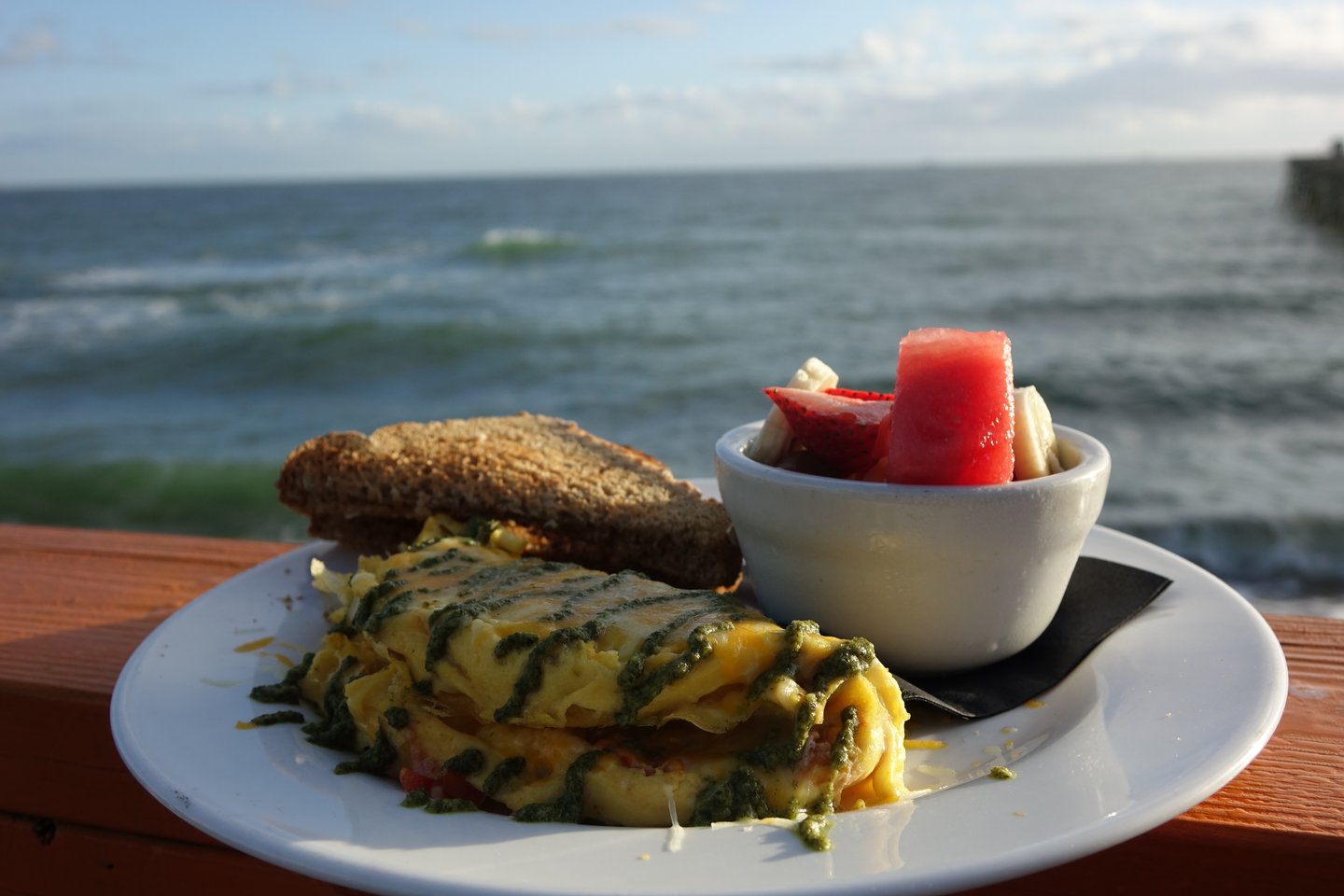 This oceanside spot with an expansive deck just feet from the water is next door to the municipal pier, making it the perfect spot for people-watching. Grab a “Funked Up Mary” — a bloody mary served up in a 24-ounce mug and garnished with shrimp, pepper jack cheese, and beef jerky — and order a Funky Pelican special like Maddie’s Shrimp and Grits. 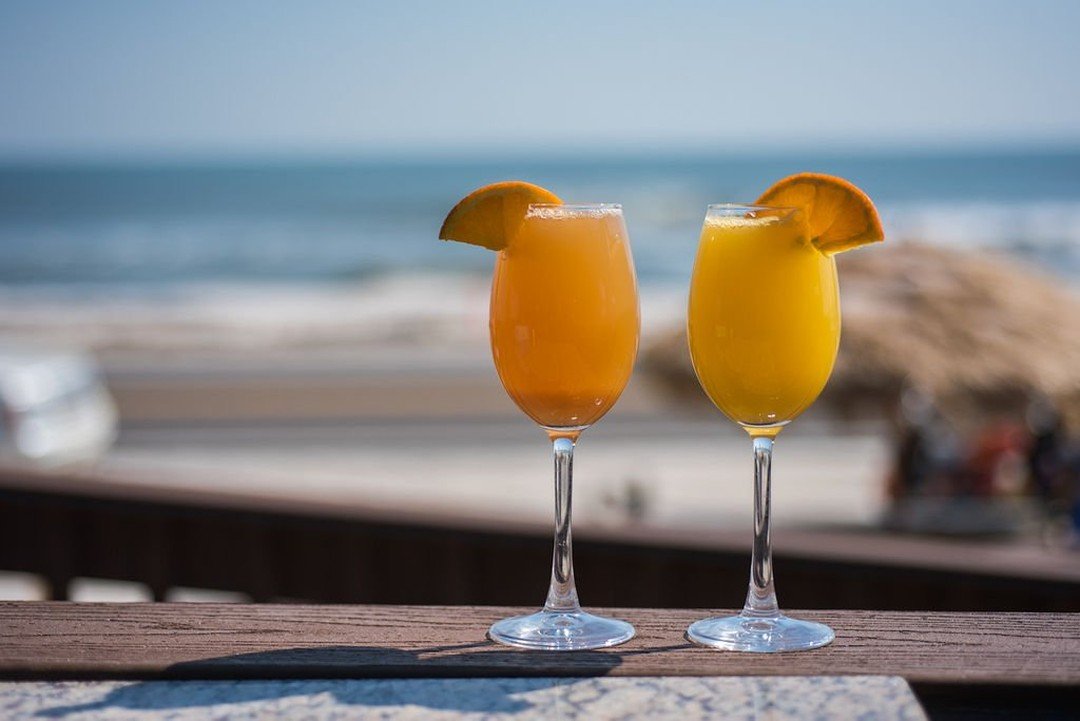 Soak in Flagler’s spectacular sunrises while eating breakfast from Java Joint’s second-floor, pet-friendly deck across the street from the ocean. Toast to the new day with a Java Sunrise, a twist on a mimosa with champagne and orange, cranberry, and apple juices. Then feast on one of the restaurant’s specialties like its “mahi omelet” filled with blackened or seasoned fresh mahi-mahi. 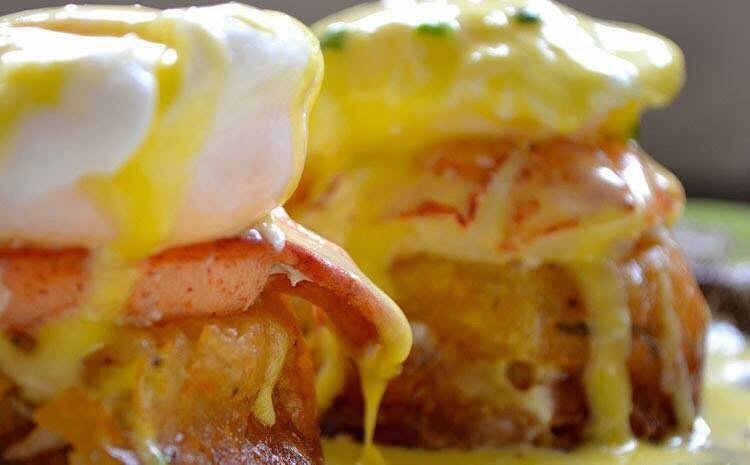 Two generations of the Lulgjuraj family have perfected recipes at this Flagler Beach restaurant with an ocean-facing deck for more than three decades. George Lulgjuraj first operated Manny’s Pizza here from 1989 to 2006, then his sons Tony and Johnny purchased the property and opened Oceanside in 2010, maintaining many of their father’s culinary traditions. Grab a seat on the Oceanside’s second-floor deck and make sure to try one of its rotating waffle specials that include flavors like Cinnamon Roll. A family tradition to try as one of the 5 Oceanfront Breakfast Spots in Palm Coast and the Flagler Beaches. 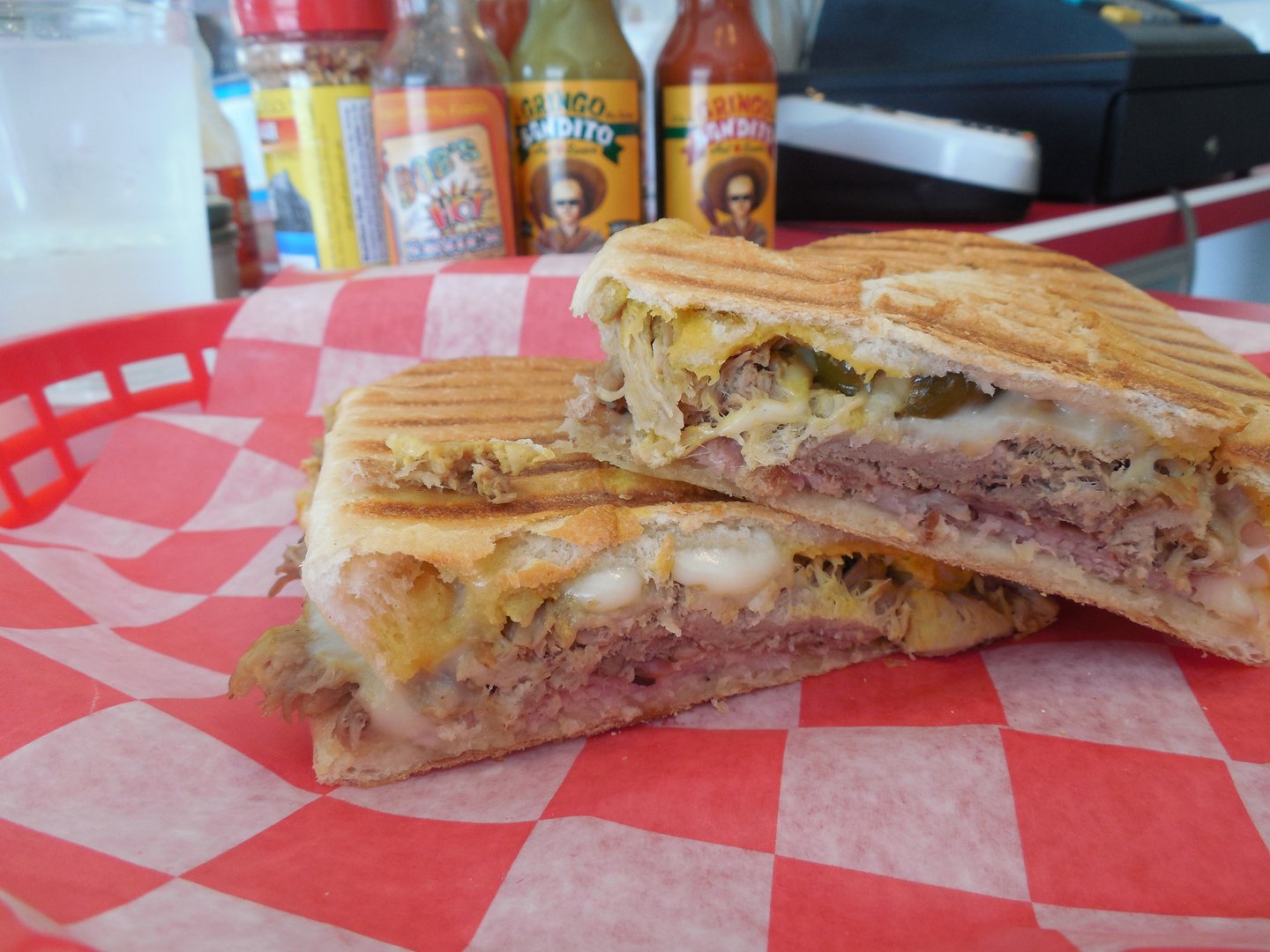 Beach Belly Bob’s is on a mission: to “build your beach belly one award-winning sandwich at a time.” This roadside stand across from the ocean has attracted a legion of fans from long distances who gravitate here for its specialty breakfast and lunch sandwiches like the “Big Kahuna” burrito, made with chorizo, shrimp and fajita-style veggies, and the waffle breakfast sandwich, featuring your choice of meat, egg, and cheese sandwiched between two waffles. Beach Belly Bob’s has become a beloved Flagler institution, earning TripAdvisor’s honors as the top spot to eat in town. This just proves that you can enjoy one of the 5 Oceanfront Breakfast Spots in Palm Coast and the Flagler Beaches while on the go. 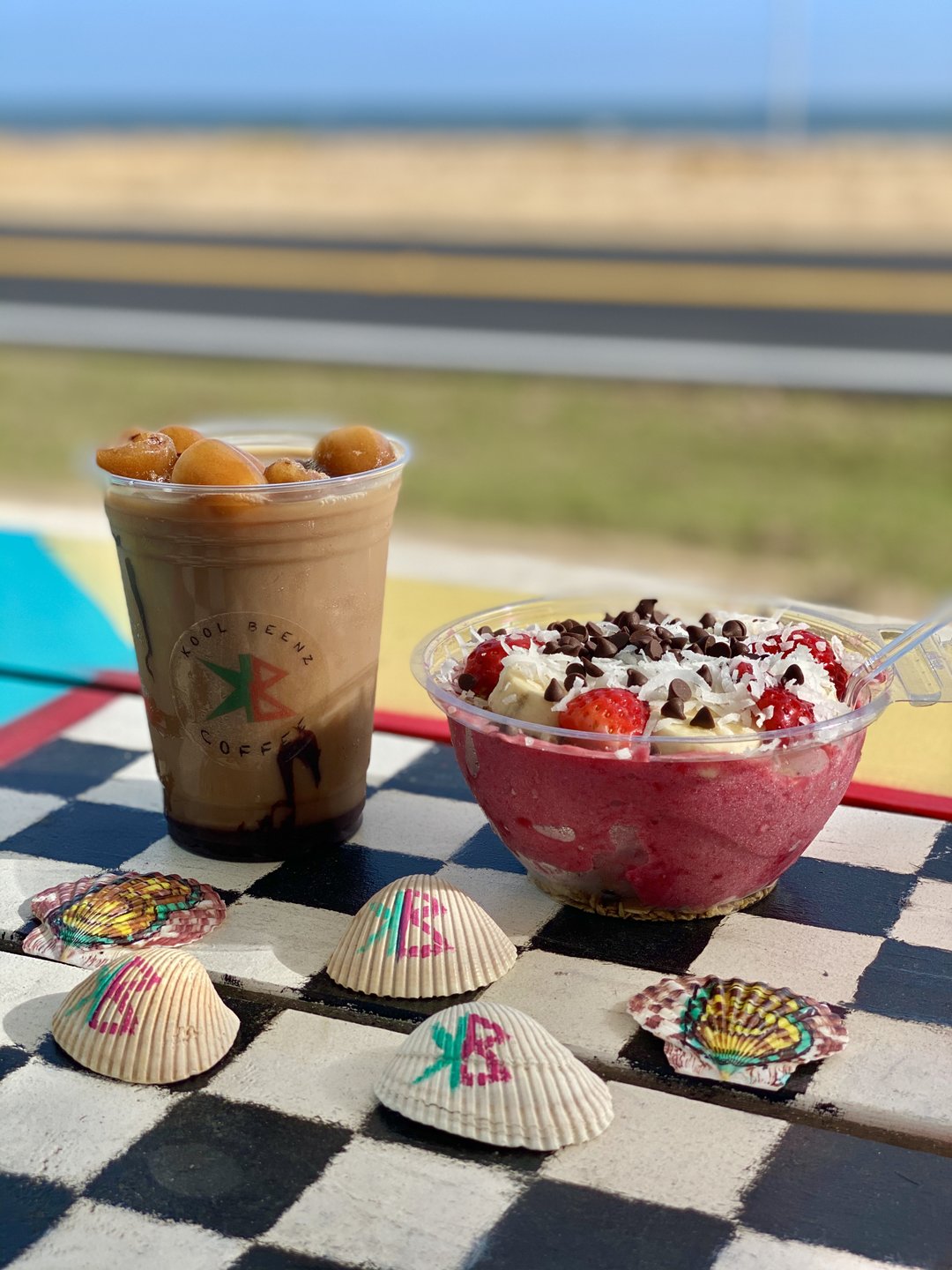 Staff at Kool Beenz have thought through every detail of the customer experience — right down to providing coffee iced cubes in their iced coffee that won’t water down their drinks. Kool Beenz has developed a loyal following since first opening in Flagler in 2017 and offers baked goods, smoothies, and other breakfast items alongside its coffee options. Order a “Flagler Smoothie Bowl,” which features fresh fruit, granola, shaved coconut, and chocolate chips, and head outside to enjoy a view of the ocean across the street.

Once you have explored the 5 Oceanfront Breakfast Spots in Palm Coast and the Flagler Beaches, stay by the sea for your entire visit! Browse our oceanside lodging options on this “stay” page.