Orlando Attractions Update – According to the Orlando Sentinel a brand new ride featuring “Tonight Show” host Jimmy Fallon is set to open at Universal Studios in 2017. 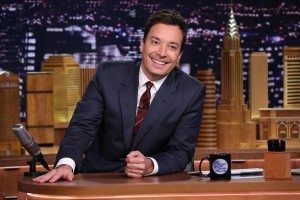 It will replace the Twister attraction, which is set to close next week. The final day to experience the tornado-film-inspired experience will be Sunday.

The changes were announced on Universal Orlando official blog and discussed by Fallon during Tuesday night’s broadcast.

Race Through New York Starring Jimmy Fallon will be a 3-D ride, according to Fallon. He compared the future attraction to rides within the Wizarding World of Harry Potter at Universal parks.

“It’s like that except instead of Harry Potter, it’s me,” Fallon said to his studio audience.  “And instead of Hogwarts, it’s New York City.”

There’s corporate synergy at play. Universal Orlando is owned by NBCUniversal. Fallon’s talk show airs on NBC. Fallon, who became host in 2014, recorded a handful of episodes from the resort later that year.

Fallon said to expect features such as smoke, scents and water effects along appearance by announcer Steve Higgins, house band Roots and Studio 6B, where “Tonight” is recorded.

“Guests will enjoy the full ‘Tonight Show’ experience as they’re transported to Studio 6B to race against Jimmy in a crazy adventure that only he could imagine,” according to a news release sent out by Universal Orlando on Wednesday.

A post on the Universal blog said the experience would include subway tunnels, skyscrapers and New York City landmarks. Universal Creative is working with Fallon and his comedy writers on the project, the blog said.

Twister, a special-effects presentation featuring high winds and a flying cow, opened at the Orlando park in 1998. It was based on the 1996 film “Twister,” starring Helen Hunt and Bill Paxton, who appear in the attraction’s pre-show.

Earlier this year, Universal closed its long-standing Disaster attraction to make way for Fast & Furious: Supercharged, which is also scheduled to open in 2017.