Home » “Wishes” Coming To An End

The Disney company has announced that “Wishes,” the evening fireworks show at Magic Kingdom is to be replaced. “Happily Ever After,” which also includes very clever projections on Cinderella Castle and lasers, will debut May 12th 2017.

“Wishes” debuted at Magic Kingdom way back in October 2003.

Among the Disney films represented in the new “Happily Ever After” show will be “Aladdin,” “Moana,” “The Little Mermaid,” “Toy Story,” “Sleeping Beauty,” “Hunchback of Notre Dame” and “Zootopia.” 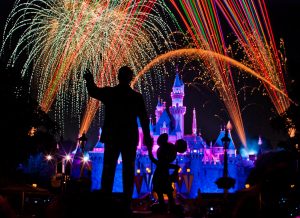 much to the delight of Disney guests Tinker Bell will still be “flying across the night sky,” according to the Disney news release.

The “Happily Ever After” musical score will feature well known tunes from “The Princess and the Frog,” “Brave,” “Tarzan,” “The Lion King,” “Aladdin” and more.