Universal Orlando has unveiled several additional uses for its new TapuTapu wristbands to be used at its Volcano Bay water park opening May 25th. 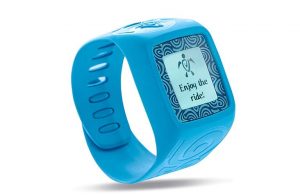 When introduced last year, the emphasis was on Tapu Tapu’s role in a ‘Virtual Line’ system, allowing park visitors to avoid queuing up for attractions. TapuTapu will simply alert riders when it’s their turn.

Through an online account, visitors can attach a credit card to the TapuTapu, which enables the wearer to make purchases inside the water park. Accounts also can be established through Universal Orlando’s official smartphone app.

The bands also trigger special effects, including water cannons. TapuTapu is included in regular admission to the attraction and is returned at the end of the day. (All personal information will be unlinked from the band at that point, Universal says.)