SeaWorld Orlando is hard at work on a new roller coaster set to debut in 2023. Although the park hasn’t shared too many details about this still-unnamed attraction, a visit to the theme park this week revealed that construction has indeed gone vertical. 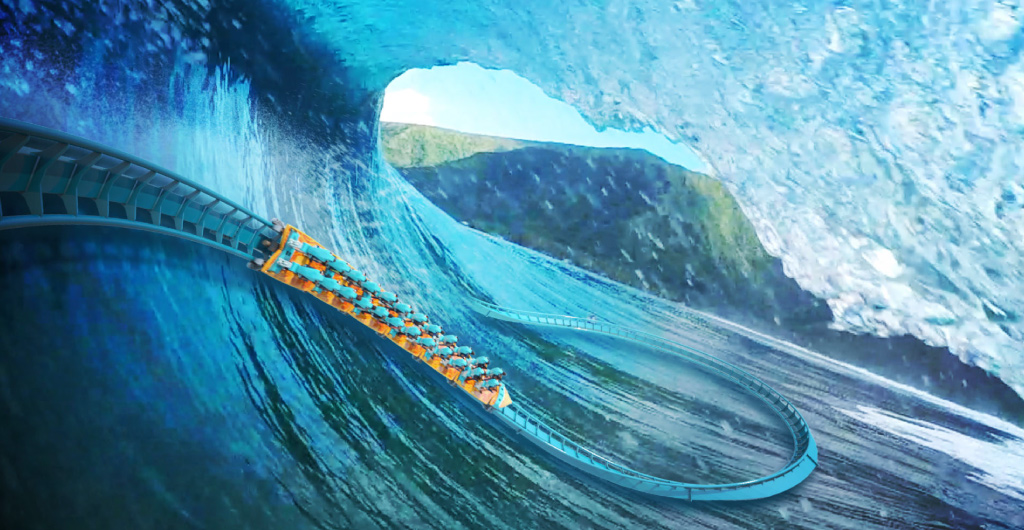 The coaster is being built near the front of the park, taking over an area near Bayside Stadium that SeaWorld previously used for festivals. The first set of structures, which visitors can see before they enter the park, are now peeking over the constructions walls. Inside the park, the construction can be seen from the bridge over the park’s lagoon.

Back in June, SeaWorld confirmed that its “landscaping project” was actually a new coaster. The park released renderings of the coaster showing its teal-colored track and the teal and yellow vehicles. The teaser video also appeared to show riders in a standing position.

“Get ready to feel the power of the Pacific right here in Florida, letting the waves launch you on a one-of-a-kind ocean adventure,” SeaWorld said in its announcement at the time.

When it opens, the new coaster will be SeaWorld’s seventh one, following the addition of the multi-launch coaster, Ice Breaker, which debuted in February after multiple delays.