Home » King of the Everglades: 4 Things to Know About the American Alligator

Every ecosystem has a leader and one species is known to wear the crown in the Everglades. They’re big, they’re fast, they’re scary looking and they’re the king of the swamp! If you haven’t guessed who yet, it’s the American alligator. Surely no one in the water is picking a fight with these guys, and below are 4 reasons why before you (maybe) see one on your trip to Central Florida, especially if you visit Wild Florida.

1. Their chomp is no joke

Not many animals can say they don’t have any predators, and believe it or not, humans and other alligators are their biggest threats. The American alligator has one of the most powerful bites among all crocodile species in the United States. The bite strength of alligators far exceeds the power of bites produced by humans and most other animals. To put things in perspective, the bite of an alligator produces 16,460 newtons of bite pressure at a time, compared to humans who produce 890 newtons of bite force – and that’s only when they’re biting into meat. The power and pressure of an American alligator’s jaw is enough to kill their prey instantly. It’s safe to say they don’t just have all those teeth to show off that beautiful smile! 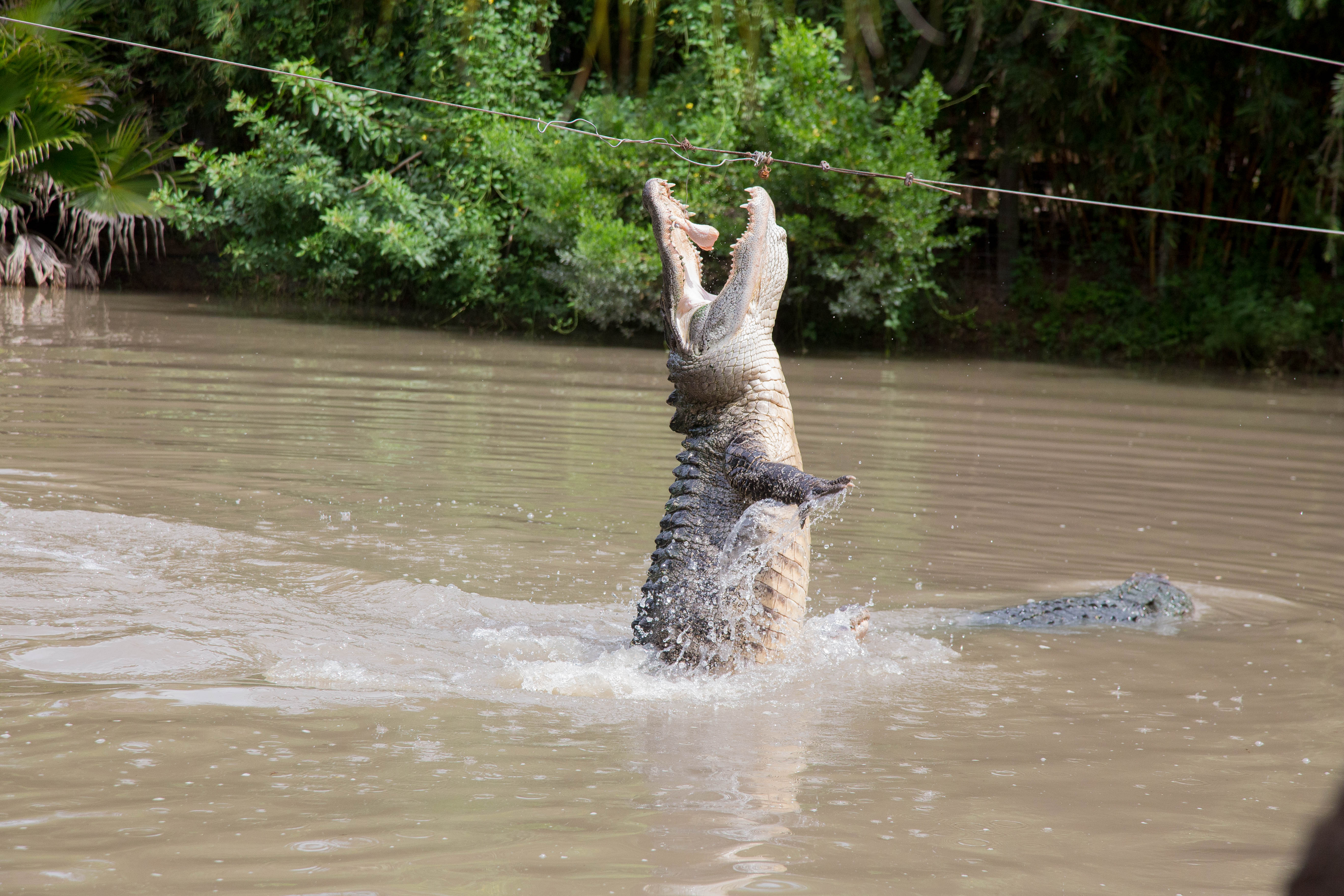 Although it’s a common myth that alligators can’t catch you if you run zig-zag, they can still run pretty fast! In fact, they can probably catch a human even faster if they are running zig-zag because their blind spot is directly in front of their nose. Alligators aren’t looking to run after humans, though; they actually have a natural fear of humans. Typically, alligators tend to stay in or near the water, but if they spot something that looks tasty close to the water’s edge, they’ll put their running shoes on. Even with their muscular, heavy bodies, alligators are capable of short bursts of speed up to 30 miles per hour! Someone should warn the small mammals like muskrats and raccoons to stay far from the edge of the swamp. 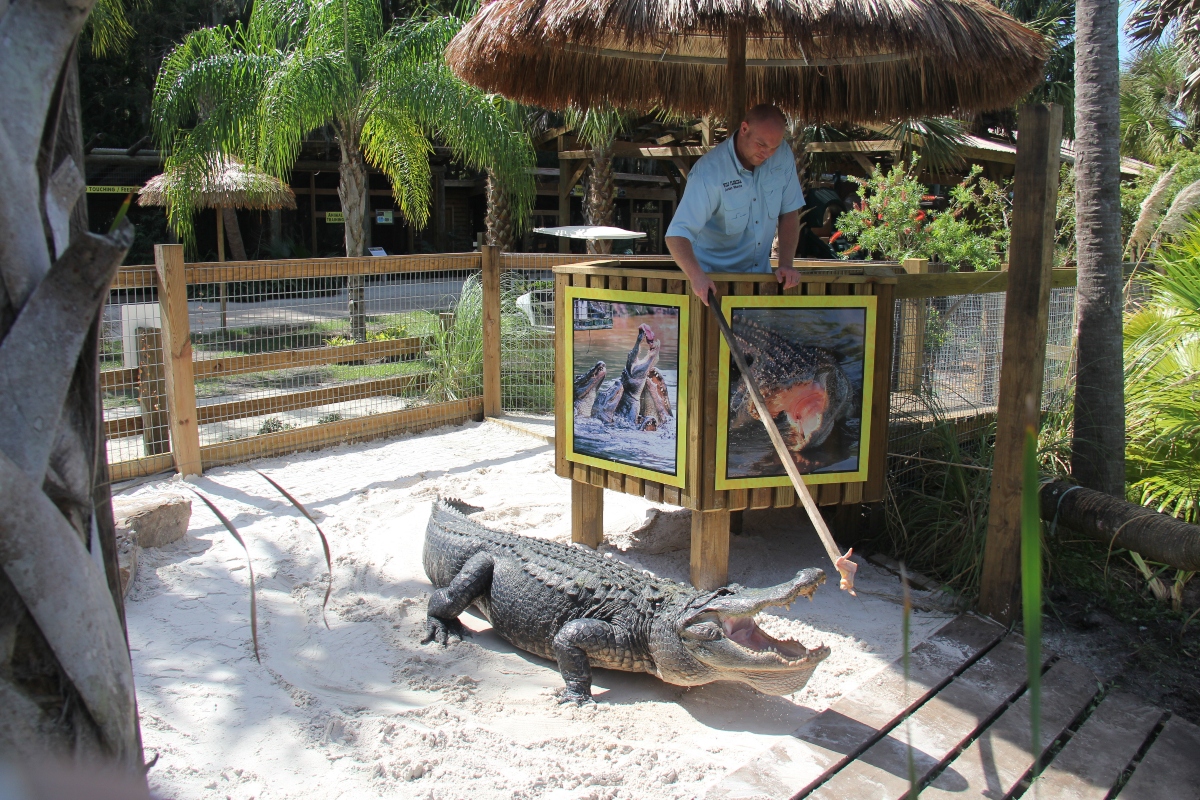 American alligators have many athletic abilities but swimming is their strongest suit. They can swim up to 20 miles per hour and they’re very sneaky. Because a gator’s eyes are on the top of its head, they can swim underwater while watching their prey and most likely be unseen. So, it makes sense why alligators prefer to hunt aquatic animals such as turtles and large fish… they can sneak up on them! In addition to being superb swimmers, gators can hold their breath for up to an hour at a time! So, some advice for the residents of the swamp… stay out of an alligator’s site! 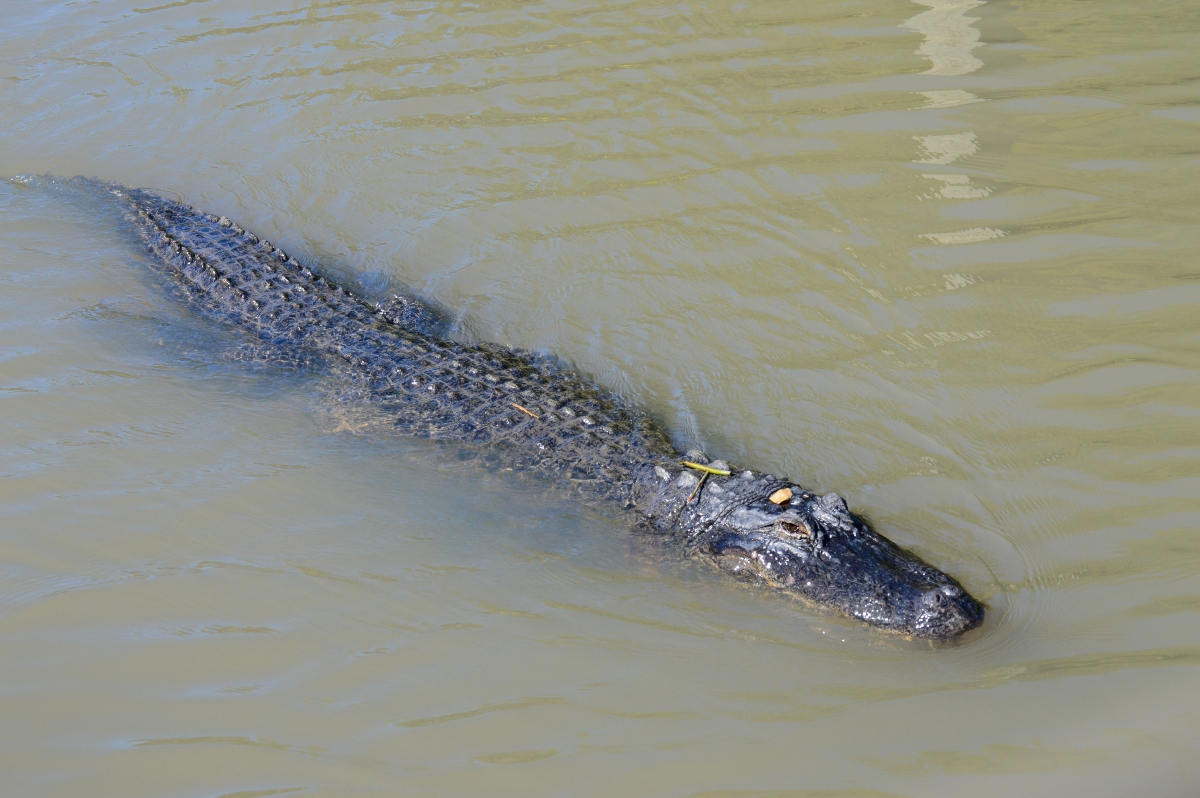 4. They can jump and climb

They can swim, run and jump? It’s safe to say there isn’t an animal that can escape these big guys. Even from a state of rest, alligators can jump up to six feet into the air! An alligator’s jump isn’t just limited to jumping out of the water. They’ve been known to jump so they can get up to a tree branch faster and then climb to their prey. When hunting large animals, alligators usually have a bit of a disadvantage, being as they are so low to the ground. To make sure they have a chance of pulling a big animal like a deer down, the gator will jump aiming for the prey’s neck in hopes of the animal losing its balance and falling. Talk about determination!

If you want to see the king of the Everglades in action, add Wild Florida to your itinerary. While at the park, guests have the opportunity to watch the gators train with their handlers while they showcase their spectacular abilities. Wild Florida is home to many of these amazing creatures and is the best place to see them up close and personal in their very own Gator and Wildlife Park!