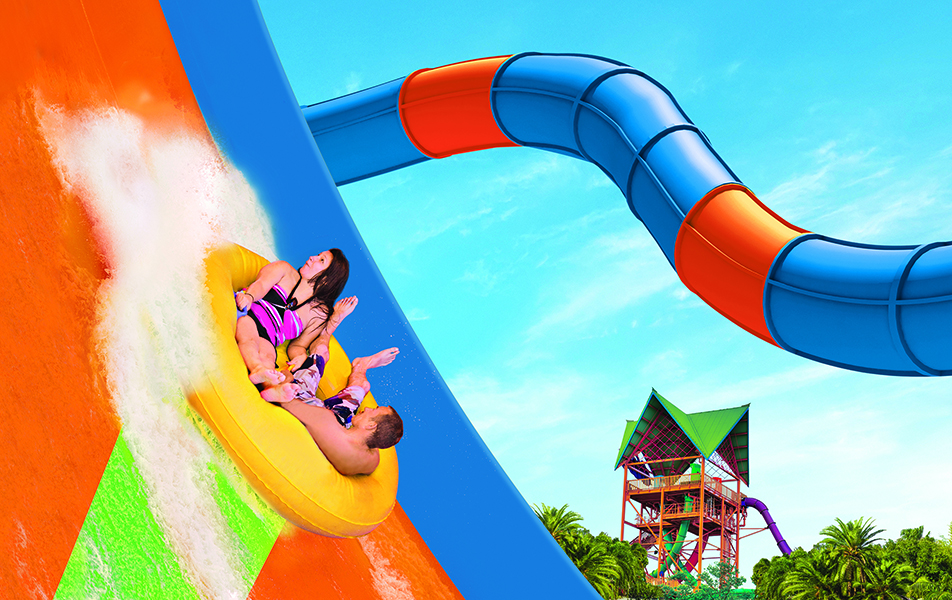 “KareKare” means “waves” in the Maori language, and combined with “Curl”, this new ride could be described as a “curve shaped wave”, which riders will experience when surging up the vertical wave wall.

True to its name and holding two passengers per raft, this new slide delivers a high-adrenaline, weightless adventure. With the addition of KareKare Curl, Aquatica Orlando becomes the thrill leader among Florida waterparks, with more high-thrill rides than any other.

The opening of KareKare Curl signals the second year in a row that Aquatica Orlando has unveiled a new attraction, following the opening of Ray Rush in 2018, a fully-loaded water adventure which combines three unique slide elements into one action-packed attraction the entire family can enjoy together. It was recently named the world’s best new water ride in a USA poll.