Home » How a Florida Airboat Ride Will Impress Your City Friends

Everyone knows Florida to be home to Disney World, hurricanes, the Miami Heat, and the best beaches. However, it’s important not to forget the one place that over 200,000 American alligators call home… the Everglades. And you can see them all from a Wild Florida Airboat Tour. 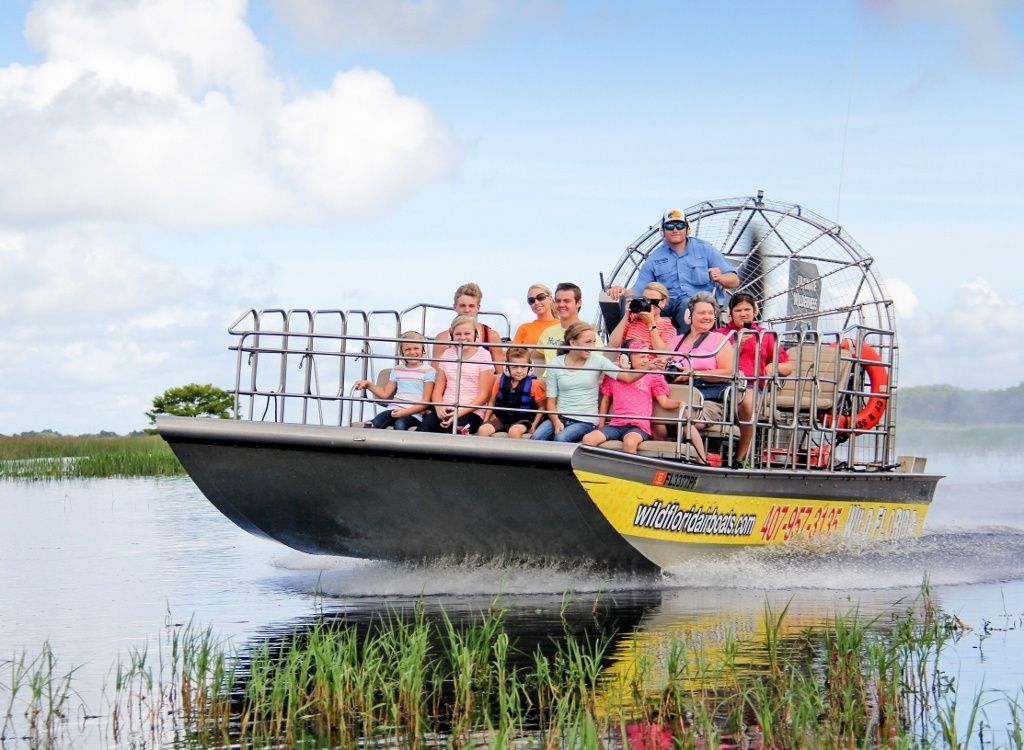 Did you know the Everglades is the only location in the world to be named a Wetland of International Importance, an International Biosphere Reserve, and a World Heritage Site? Beat that, city lights! Theme parks are definitely something you can’t miss when visiting Central Florida, but seeing an alligator in its natural habitat makes for an unforgettable vacation. So city friends near and far… Below are eight things you can learn on a Florida airboat ride that’ll excite you more than the architecture of a city or a theme park.

1) A natural habitat – A city that never sleeps is awesome when you want to fit as many activities into the day as possible, but what about when you actually want to catch some ZZZs? The only noises you’ll hear in the late hours of the night in the Everglades is the sound of the water moving and maybe some frogs croaking. What’s better than these natural, calming sounds putting you to sleep? There are no lights! Finding complete darkness in a big city isn’t that easy. At Wild Florida, you can go on a night-time airboat ride and experience the swamp after the sun has set.

2) Only two seasons – It may seem hard to believe, but in the Everglades, there are only two seasons: the wet season and dry season. Out on the swamp, you don’t experience the cold winter months or the leaves changing in the fall, you only notice the change in water levels. So while the rest of the coast is beginning to experience sunshine and summertime, Central Florida experiences cloudy days and intense rain, which is the wet season. But don’t worry – in Florida, the rain doesn’t last long, and before you know it the sun is shining again! The wet season starts around the middle of May and lasts through November. Although it’s wet during this time, the humidity and heat is no joke.

3) The Everglades is the only place in the world where the alligator and crocodile co-exist – Who knew these two big reptiles could live in the same habitat together? Now you won’t see these guys hanging out together, but they’re definitely not enemies. Alligators are only to be found in freshwater, but crocodiles can live in both fresh and salt water. So how is it possible they co-exist in the Everglades? Well, the fresh water in the Florida Bay meets the salt water of the Gulf of Mexico in the Everglades, which allows for an ecosystem suitable for both the gator and the croc. 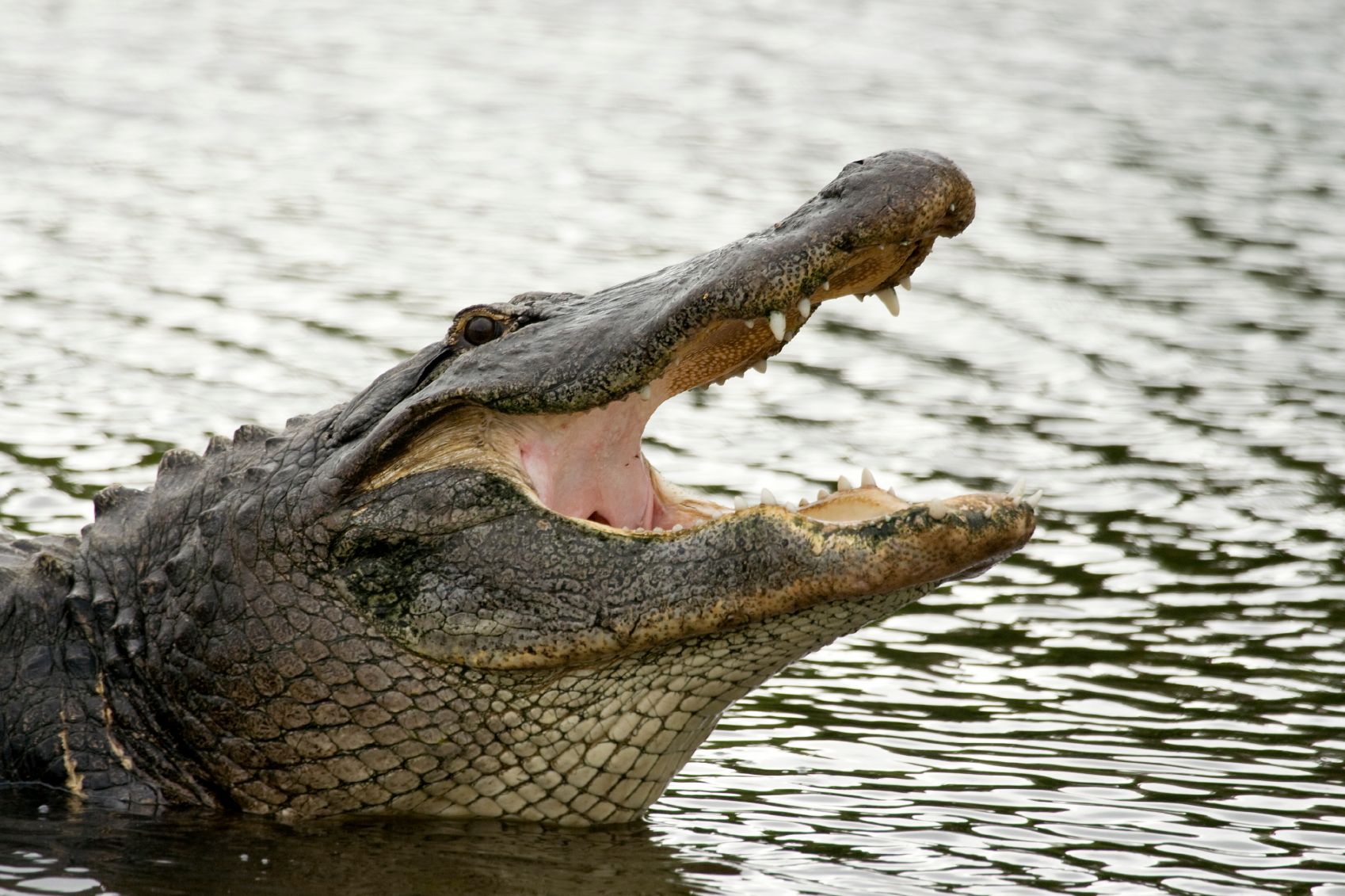 4) Florida has one of the largest populations of alligators – Florida is currently home to 1.25 million alligators, with over 200,000 of them living in the Everglades. That’s over a million more gators than you’ll ever find in a city. These guys are all over the state and Floridians usually aren’t bothered by them. After all, they are one of the biggest parts of what Florida and the Everglades are known for.

5) Bald eagles are everywhere – You won’t find the American national bird flying around the buildings of a busy city. Florida is currently home to 1,166 pairs of bald eagles, representing 10% of the breeding population. The Wild Florida airboat captains are pros at spotting a bald eagle just hanging out in the trees of the swamp, so make sure to pay attention because they disappear into the trees fast.

6) 1 in every 3 Floridians rely on the Everglades for water supply – Not every state can say they have a National Park that provides them with fresh water. In Florida, the Everglades is the primary source of drinking water for over seven million Americans! Americans aren’t the only ones who rely on this water, and so do the 60 endangered species that live in the Everglades.

7) Over 8 habitats have been identified – You heard that right, more than eight distinct habitats have been identified in Everglades National Park. You won’t find that many different habitats and animals in a city. The eight most known are hardwood hammock, pine rocklands, mangrove forests, coastal lowlands, slough, freshwater marl prairie, Florida Bay, and cypress trees. Florida’s backyard is more of pine rocklands, slough, prairie, and cypress trees.

8) Home to over 60 endangered or threatened species – The Gopher Tortoise, Florida Panther, and Everglades Snail Kite are just a few of the endangered species that can be found out in the swamp. You probably don’t see too many tortoises walking around a city. At Wild Florida, they do everything they can to give these species the extra care and protection they deserve. Did you know that the bald eagle was removed from the list of endangered and threatened wildlife in 2007?

Impressing your city friends doesn’t have to stop after you take them on their first airboat ride. With over 200 animals to meet, three animal shows, and the chance to take a #slothie with Wild Florida’s precious Guy, they’ll definitely be in awe.