Starting this year on Friday, Sept. 2, Universal Orlando resort guests will get to experience a total of 10 haunted houses, including six houses with all-new original concepts, five sinister scare zones and two live shows designed to bring your deepest darkest fears to life. 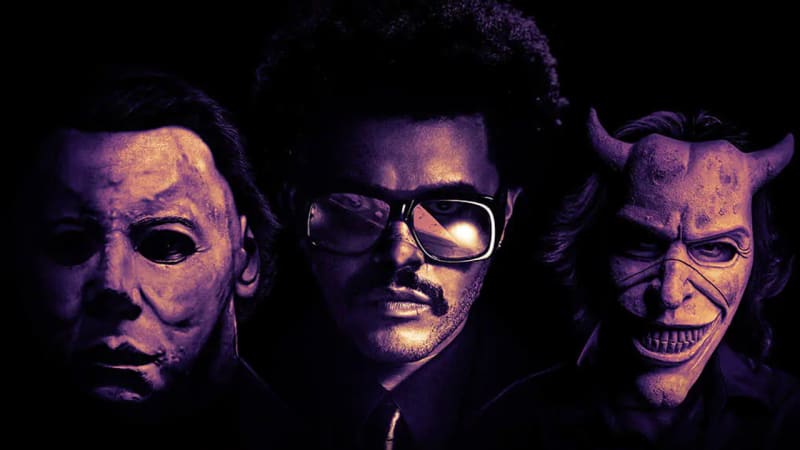 The official news release was pretty to the point – “Hailed by fans as ‘nonstop scary awesomeness,’ ‘absolutely terrifying’ and ‘downright chilling,’ Halloween Horror Nights is the pinnacle of immersive Halloween entertainment and has transformed fall travel into a ‘must do’ for people around the globe. Season after season, the terror has no bounds as Universal Orlando pulls out all of the sinister stops to celebrate Halloween with a fearsome slate of festivities that not only come to life at the award-winning event – but also across the entire destination, from dining to hotel experiences and more.”

See the complete scary scoop below for the full line-up!

John Carpenter’s classic 1978 slasher film “Halloween” returns to Halloween Horror Nights in a terrifying haunted house – “Halloween”– where guests come face-to-face with the merciless Michael Myers. As guests make their way through his dilapidated home and chilling moments from the film, they’ll narrowly dodge attacks from the knife-wielding Myers as he stalks their every move.

The Weeknd: After Hours Nightmare

For the first time ever, multi award-winning artist The Weeknd joins forces with Universal Studios’ Halloween Horror Nights to inspire an all-new, terrifying haunted house based on his record-breaking “After Hours” album. With the eerie sounds of the hit album reverberating throughout the experience, guests will step into a surreal living nightmare in “The Weeknd: After Hours Nightmare”– filled with grotesque characters and themes inspired by the artist’s music and short films.

The Horrors of Blumhouse

Two horror masterpieces come to life in “The Horrors of Blumhouse.” Guests will find themselves trapped between a frantic teen and the ruthless serial killer she’s swapped bodies with in Freaky. Then, they’ll try to make a desperate escape from the dark basement of The Grabber’s “fun” house before they become his latest victim in the terrifying The Black Phone.

Universal Pictures’ most notorious horror icons, The Wolf Man, Dracula and The Mummy, come together for the first time ever in the all-new “Universal Monsters: Legends Collide” haunted house. Guests will get caught in the middle of a bloodthirsty battle between the terrifying trio as they hunt to find the amulet that will break their curse – and they’ll destroy anyone who gets in their way.

Spirits of the Coven

Guests will be invited to a lively 1920s speakeasy, but something sinister is brewing beneath in “Spirits of the Coven.” A coven of seemingly beautiful flapper witches will lure those who enter into a hidden brewing area. Once they’ve ensnared their victims, they’ll reveal their haggish true form and turn guests into a witch’s brew. They’ll be cackling; everyone else will be screaming.

While touring a 1950s home of the future, guests will be swarmed by hordes of revolting insects after a pest control system failure unleashes them. Many-legged horrors, growing, mutating and laying eggs in human hosts will worm their way into the deepest of fears. Those who dare enter will be dropping like flies in “Bugs: Eaten Alive.”

The mountains of Latin America are filled with many wonderful traditions. In one tiny village, they pay tribute to the legendary creature Chupacabras with an annual fiesta. In “Fiesta de Chupacabras,” there’s more to the legend than meets the eye. And in this colorful village, the streets are lined with the crimson blood of visitors.

They too do time for their crimes. In “Hellblock Horror,” guests will have to survive visiting hours in a secret penitentiary that houses treacherous monsters and fiends of all kinds that are hell bent on taking over and destroying the world. The interdimensional power core containing the inmates has failed and the monsters are breaking out of their cells, allowing them easy access to guests, and the exit.

There’s nothing charming about this ghostly New England fishing village. A phantom sea captain is summoning undead fishermen from their watery grave, a grisly crew with rotting, barnacle-encrusted bodies. Guests may have escaped their hooks in the “Dead Man’s Wharf” scare zone in 2016 – now they’d better batten down the hatches before they’re reeled in and drug under in “Dead Man’s Pier: Winter’s Wake.”

Deep in the subway tunnels below an abandoned, toxic city, mutated humans fight for survival in “Descendants of Destruction.” The deeper one goes, the darker their fate. In the fading light of the poisoned depths, hideous creatures who’ve long ago left their humanity behind prey on all who try to make their way through the darkness.

The Pumpkin Lord, the spirit of Halloween, has returned to take over this year’s event, summoning hordes of fiendish creatures including demons, ghosts and witches. Terror has taken root.

At an abandoned farm, scarecrow sentinels have risen from the crust of the earth to hunt souls and seek revenge. They’ll harvest the screams of those who dare enter this dilapidated barn.

The sweets from Major Sweets’ candy company have turned these 1950s kids into crazed killers. With pint-sized costumed maniacs roaming the streets, Halloween will be a night of trick-or-treat mayhem. This scare zone will be located in the New York area of the park near the Revenge of the Mummy attraction.

On All Hallow’s Eve, a dark storm descends upon a cemetery and awakens long-dead spirits. These specters rise from their graves to capture souls for all eternity. No one living can escape them. This scare zone will be located in the Hollywood area of the park.

An evil sorceress has entered twisted stone ruins and called forth monstrosities from dark dimensions. This Halloween, blood will feed her army of the night.

The new show is a sequel to last year’s fan-favorite “Halloween Nightmare Fuel” show featuring the world-famous performance group, The Fuel Girls – highlighting a new Dreamer in the depths of a new nightmare set to a heart-pounding metal, rock and electronica score. This show will be located in the outside theater next to the Men In Black: Alien Attack attraction.

As darkness falls, a ghost story becomes reality as guests go beyond the grave in a spectacularly spooky show on Universal Studios’ lagoon, featuring huge water screens and sinister music. The Grim Reaper takes guests on a journey of what happens beyond the grave – all set to eerily-remixed music by some of today’s most iconic artists.